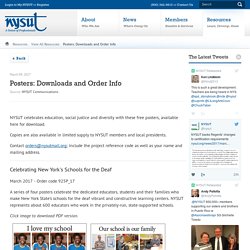 Copies are also available in limited supply to NYSUT members and local presidents. Contact orders@nysutmail.org; include the project reference code as well as your name and mailing address. 516 12 Steinem Womens History poster. Women's History Month. Free Women's History Month Printables Resources & Lesson Plans. Those Who Dared To Discover: 15 Women Scientists You Should Know. Chien-Shiung Wu (1912 - 1997) Chien-Shiung Wu was born in China, but at the recommendation of one of her supervisors, she set off for the US in 1936 to attend the University of Michigan for her Ph.D in nuclear physics. 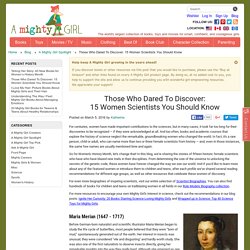 However, when she learned that women weren’t allowed to use the front entrance at Michigan, she changed her plans and attended University of California, Berkeley instead. As a part of the Manhattan Project during WWII, she helped develop the process for separating uranium metal into various isotopes. She is best known for conducting the Wu Experiment, which disproved a hypothetical physical law called the conservation of parity; her experiment paved the way for several of her colleagues to win the 1957 Nobel Prize in physics, although the Nobel Committee overlooked her contributions. Related Resources. Free Posters Celebrating Mighty Women in Science. Six downloadable posters celebrating women in science for the March for Science! 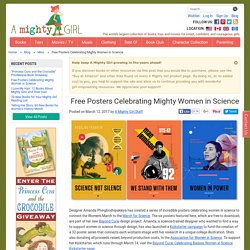 Designer Amanda Phingbodhipakkiya has created a series of incredible posters celebrating women in science to connect the Women's March to the March for Science. The six posters featured here, which are free to download, are part of her new Beyond Curie design project. Amanda, a science-trained designer who wanted to find a way to support women in science through design, has also launched a Kickstarter campaign to fund the creation of a 32-poster series that connects each woman's image with her research in a unique collage illustration. Telling Her Story: 60 New Books for Women's History Month. A Mighty Girl's top picks of the best new biographies for children and teens about incredible women from around the world. 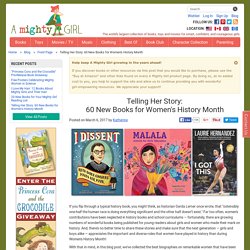 If you flip through a typical history book, you might think, as historian Gerda Lerner once wrote, that "ostensibly one-half the human race is doing everything significant and the other half doesn’t exist. " Far too often, women's contributions have been neglected in history books and school curriculums — fortunately, there are growing numbers of wonderful books being published for young readers about girls and women who made their mark on history. And, there's no better time to share these stories and make sure that the next generation — girls and boys alike — appreciates the important and diverse roles that women have played in history than during Women's History Month!