How to make cheese straws with parmesan and rosemary and other easy puff pastry snacks. This post has been in the making for a while and since I started bashing out a few snacks using the incredible new all butter puff pastry from Woolies in December. 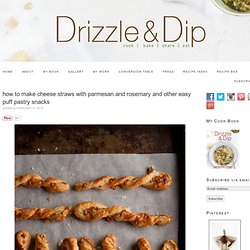 A friend of mine had given me a few packs to try. I understand it to be the only puff pastry available in the country made entirely from butter, and this can only be a good thing in my humble opinion. Anyway I decided to take the flavour of a basic cheese straw a notch. I like a basic one, but I felt with all this fluffy and puffy pastry it needed a more robust filling to make it stand out. I decided to use Parmesan, Dijon mustard and finely chopped rosemary. They really are so easy to make. Another easy thing to make with puff pastry are pesto parmiers. I also made a quick and easy ‘pizza’ tart in my Big Green Egg and when I was making my aubergine ‘pizza’s‘. Cheesy Pesto Pinwheels. Please ignore this picture for a moment. 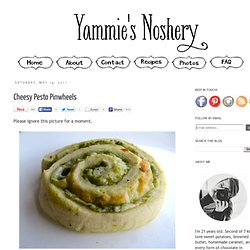 Just try. I want you to forget about this photogenic swirl of deliciousness for just a moment because I also did something even cooler than that yesterday. I know, it's hard to believe isn't it? And I'm not referring to the super-long run I went on or even the ferociously good tan I got laying out by the pool. Although those things were awesome, the best thing of yesterday was that I brought a new life into the world. Pretzel Pizza Rolls {With Auntie Anne Style Pretzels}

You know, I really don't consider what I do here to be that important. 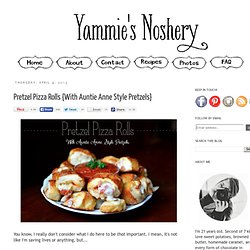 I mean, it's not like I'm saving lives or anything, but... Cheese. That's all there is to say. Besides, I do save lives in other areas of my life. Like when I ride shotty with Dad into town. "IT'S SOLID, POPS! " "That light is NOT blinking. " "Well," says he defensively, "I can make it blink with my eyes. " Iron Cupcake Earth: Savory. Spicy Apple Butter BBQ Pork Cupcakes. There are only two seasons in the year. 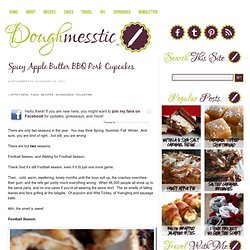 You may think Spring. Summer. Fall. Winter. And sure, you are kind of right…but still, you are wrong. There are but two seasons. Football Season, and Waiting for Football Season. Thank God it’s still Football season, even if it IS just one more game. Then…cold, warm, sweltering, lonely months until the boys suit up, the coaches overchew their gum, and the refs get pretty much everything wrong. Ahh, the smell is sweet. Football Season. Now, for those of you who didn’t know it, February 2nd is the Big Game. You’ll want something good to eat. Lucky for you, I have what you need. Bake them up the night before if you like – they’ll keep just fine. No referee will argue. 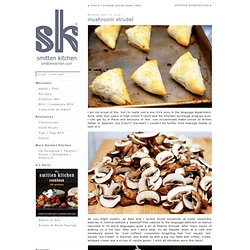 Sure, after four years of high school French and the shortest exchange program ever, I can get by in Paris and because of this, can occasionally make sense of written Italian or Spanish, but Czech? German? I couldn’t be further from makings heads or tails of it. As you might expect, as Alex and I luckily found ourselves at some untouristy eateries in Vienna–without a waitstaff that catered to the language-deficient or menus reprinted in 16 world languages–quite a bit of Hilarity Ensued. After many hours of walking on a hot day, Alex and I were beat, so we flopped down at a cafe and mindlessly asked for “iced coffees” completely forgetting that “ice” equals “eis” equals “ice cream” in German, and ended up with a big cup filled with coffee, cream, whipped cream and a scoop of vanilla gelato. Mushroom Strudel Adapted from The Complete Mushroom Book, via Leite’s Culinaria. 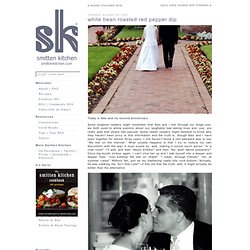 Some longtime readers might remember that Alex and I met through our blogs–yes, we both used to whine publicly about our laughably bad dating lives and, yes, are really glad that phase has passed. Some newer readers might demand to know why they haven’t been privy to this information and the truth is, though Alex and I have been together for almost three years, I still haven’t found a non-awkward way to say “We met on the internet.” What usually happens is that I try to reduce my own discomfort with the way it must sound by, well, making it sound much worse: “In a chat room!”