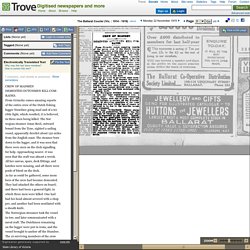 22 Nov 1915: The entire crew of a Dutch fishing ship apparently go mad, claim that they killed three other crew members with knives and choppers. "The madness arose through belief that the vessel was full of devils." Two boy crewmembers "lost their reason. 5 Shockingly Advanced Ancient Buildings That Shouldn't Exist. The achievements of ancient cultures tend to be woefully unappreciated -- we think of the people as loincloth-wearing savages, and when we're proven wrong by some impressive feat of engineering, we just make a bunch of documentaries about aliens. 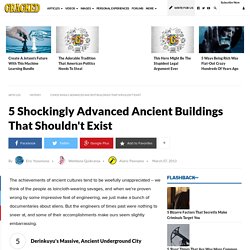 But the engineers of times past were nothing to sneer at, and some of their accomplishments make ours seem slightly embarrassing. #5. Derinkuyu's Massive, Ancient Underground City Bjorn Christian Torrissen Derinkuyu's underground city was discovered in the 1960s in Turkey, when a modern house above ground was being renovated. 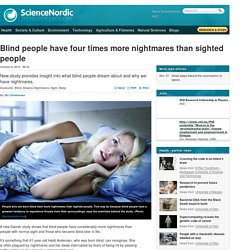 This may be because blind people have a greatest tendency to experience threats from their surroundings, says the scientists behind the study. (Photo: Shutterstock.com) A new Danish study shows that blind people have considerably more nightmares than people with normal sight and those who became blind later in life. Magpies grieve for their dead (and even turn up for funerals) By David Derbyshire for MailOnline Updated: 00:57 GMT, 24 October 2009 With its aggressive behaviour and appetite for young chicks, the magpie doesn't have a particularly good image when it comes to compassion. 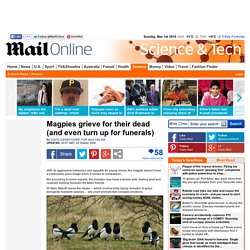 But according to some experts, the predator may have a tender side, feeling grief and routinely holding 'funerals' for fallen friends. Dr Marc Bekoff claims the rituals - which involve birds laying 'wreaths' of grass alongside roadside corpses - are proof animals feel complex emotions. Four for sorrow: Magpies are said to hold funerals for fallen friends and even bring along wreaths The claims are likely to reignite the debate about whether emotions are a uniquely human trait - or whether they are found across the whole animal kingdom. Origin and History of the Name Ettore. How to push past the bullshit and write that goddamn novel - Album on Imgur. THE PHILOSOPHY OF COMPOSITION. BY EDGAR A. POE. [page 163, full page:] CHARLES DICKENS, in a note now lying before me, alluding to an examination I once made of the mechanism of “Barnaby Rudge,” says — “By the way, are you aware that Godwin wrote his ‘Caleb Williams’ backwards? 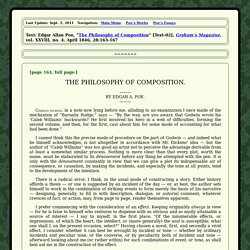 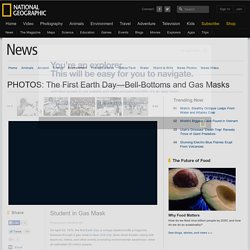 Such street theater--along with teach-ins, rallies, and other events promoting environmental awareness--drew an estimated 20 million people. World's largest 'jetport' was planned for Pine Barrens. There was a time when influential people looked out across the unspoiled vastness of the Pine Barrens and saw not a state treasure to be preserved but undeveloped real estate worth a potential fortune for people who had the vision to plan and invest. 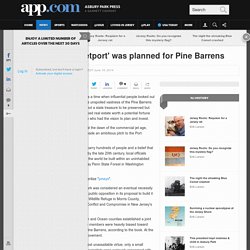 In 1960, at the dawn of the commercial jet age, county planners in Ocean and Burlington made an ambitious pitch to the Port Authority of New York and New Jersey. With big Boeing jets on the way that could carry hundreds of people and a belief that supersonic passenger jets were inevitable by the late 20th century, local officials proposed the largest commercial airport in the world be built within an uninhabited area of the Pinelands in largely what is today Penn State Forest in Washington Township. Read about New Jersey's earlier plan to sterilize "pineys". The build-out potential was estimated at 250,000, which was significant, given the whole population of Ocean County in 1960 was little more than 108,000.

Read or Share this story: Pine Barrens. So what is the Pine Barrens anyway, and why is it barren? 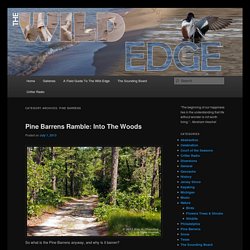 The Pine Barrens is a vast area in the southern New Jersey coastal plain, sandy and heavily forested. It was called “barren” by early European settlers, who found that the crops they planted wouldn’t grow there because of the acidic, sandy soil. The area is by no means an ecological desert. Oak and Pitch pine thrives there, including the rare pygmy Pitch Pine, and there are orchids, carnivorous plants and numerous other plant species. Amongst the forest are boggy wetlands, and tea-colored rivers. The Wanderer » Pine Barrens. Tags: Burlington County, Disaster, Pine Barrens, Ruins It’s not really what’s at Bear Swamp Hill, because honestly there isn’t all too much to see – it’s moreso learning what happened there and then finding the remaining bits of evidence. 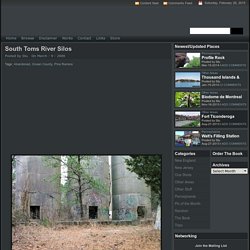 In January of 1971, a plane coming from the McGuire Air Force Base crashed into the fire tower atop the hill; the pilot did not survive the crash. Barrens Photography.