The Truth About the Murky Online Art Market. Online art sales are on the rise. 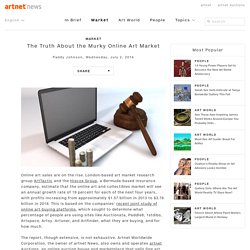 London-based art market research group ArtTactic and the Hiscox Group, a Bermuda-based insurance company, estimate that the online art and collectibles market will see an annual growth rate of 19 percent for each of the next four years, with profits increasing from approximately $1.57 billion in 2013 to $3.76 billion in 2018. This is based on the companies' recent joint study of online art-buying platforms, which sought to determine what percentage of people are using sites like Auctionata, Paddle8, 1stdibs, Artspace, Artsy, Artuner, and Artfinder, what they are buying, and for how much. The report, though extensive, is not exhaustive.

Artnet Worldwide Corporation, the owner of artnet News, also owns and operates artnet Auctions, an online auction house and marketplace that sells fine art. The-Hiscox-online-art-trade-report-new-version. When the Fine Art Market Goes Online. Photo LONDON — Is 2015 going to be the year in which the art market — or at least a sizeable chunk of it — finally goes digital? 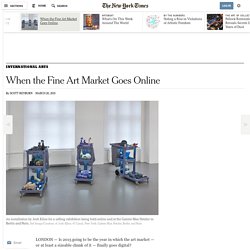 Unlike recorded music and books, which are now bought routinely by millions of people from websites, fine art has proved stubbornly resistant to the march of e-commerce. At least so it would seem from the statistics. Online transactions contributed 6 percent of the record 51 billion euros, or about $59 billion, of art sold by auction houses and dealers in 2014, according to a report published on March 11 by the Netherlands-based European Fine Art Foundation.

The art market is an extension of the luxury goods industry, which, with its relatively high prices and expensive-to-run stores, has had an openly King Canute-like resistance to online sales. Most buyers of valuable art understandably feel the need to personally view a work before making a purchase. Sotheby’s has been here before. Mr. Marché de l’art : les nouvelles règles du jeu. New Art World Aristocracy. Karen Elson, Alexander Gilkes, Dustin Yellin, and friend.Photo: Nicholas Hunt/PatrickMcMullan.com. 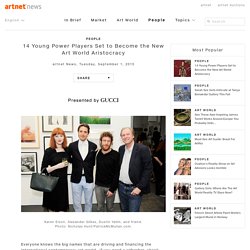 Everyone knows the big names that are driving and financing the international contemporary art world—if you need a refresher, check out our Top 200 list. But most of those power players have had decades to establish themselves, while the younger generation of collectors, philanthropists, and entrepreneurs are just beginning their careers as art world movers and shakers. "The Easy Guide To Understanding Copyright" by Peter Hill. Contents 1. 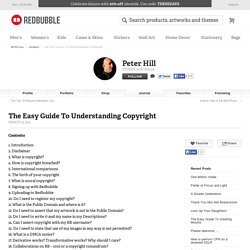 Introduction2. Disclaimer3. What is copyright? 4. 1. Since joining RB a few years ago, I have observed and participated in discussions on copyright and related topics. The Who Gives A Shit Attitude is displayed by rip-off uploads, with either no thought and/or care given about the possibility that their actions are breaching someone’s copyright and thus in breach of their own RB membership terms. The other extreme is the Overly Cautious Approach. The two extremes are impossible to reconcile without pulling apart RB, but I am motivated to write this Journal in an attempt to bring them together to some extent.

My approach in (hopefully) explaining copyright is step-by-step, but is focused on the issue as it relates to being a member of RB. I conclude this Journal by briefly recounting some of my own background and professional experience with copyright issues. 2. This Journal does not constitute legal advice. All links provided in this Journal were working as of 13 March 2011. MLG Thinks: Is Gallery Culture Diminishing in the Art World? Online art platforms are becoming the new destination for art lovers and buyers. 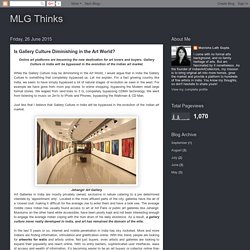 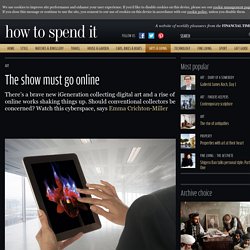 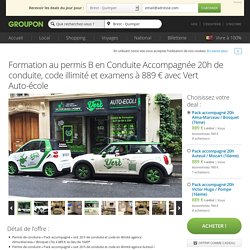 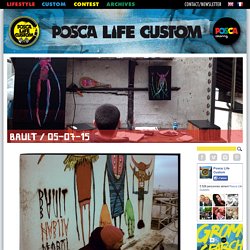