Mirror Review is the best business magazine with interesting business stories of leading business leaders. It is one of the top business journals.

Summer will last half a year! Other alarming effects of Climate Change. A recent study published by Geophysical Research letters stated that climate change will alter the lengths of four seasons. 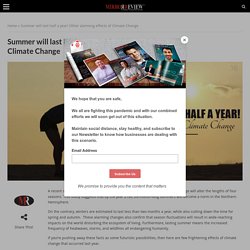 This study suggests that by the year 2100, six-month-long summers will become a norm in the Northern Hemisphere. On the contrary, winters are estimated to last less than two months a year, while also cutting down the time for spring and autumn. These alarming changes also confirm that season fluctuations will result in wide-reaching impacts on the world disturbing the ecosystem of living. Furthermore, lasting summer means the increased frequency of heatwaves, storms, and wildfires all endangering humanity. If you’re pushing away these facts as some futuristic possibilities, then here are few frightening effects of climate change that occurred last year. Zombie Storms Awakened Mid-September a Tropical Strom Paulette formed as a Category 1 before strengthening, then petering out over the Atlantic Ocean five and a half days later.

Arctic Meltdown will be Permanent. Texas to use Starlink Internet Service by 2021. SpaceX has promised to provide internet services to 45 families in the Texas school district earliest in 2021and additionally to 90 families later. 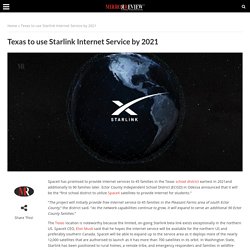 Ector County Independent School District (ECISD) in Odessa announced that it will be the “first school district to utilize SpaceX satellites to provide Internet for students.” “The project will initially provide free Internet service to 45 families in the Pleasant Farms area of south Ector County,” the district said. “As the network capabilities continue to grow, it will expand to serve an additional 90 Ector County families.” The Texas location is noteworthy because the limited, on-going Starlink beta link exists exceptionally in the northern US. SpaceX CEO, Elon Musk said that he hopes the internet service will be available for the northern US and preferably southern Canada. The ECISD said in the announcement that the services will begin “early in 2021” without providing an exact date. Also read: Gitanjali Rao: Journey of a 15-year-old Scientist superhero. A few days back, while I was going through the news, I came across Gitanjali Rao—‘Kid of the Year.’ 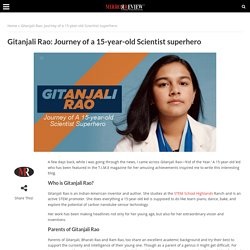 A 15-year-old kid who has been featured in the T.I.M.E magazine for her amusing achievements inspired me to write this interesting blog. Who is Gitanjali Rao? Gitanjali Rao is an Indian-American inventor and author. She studies at the STEM School Highlands Ranch and is an active STEM promoter. She does everything a 15-year-old kid is supposed to do like learn piano, dance, bake, and explore the potential of carbon nanotube sensor technology.

Her work has been making headlines not only for her young age, but also for her extraordinary vision and inventions. Parents of Gitanjali Rao Parents of Gitanjali, Bharati Rao and Ram Rao, too share an excellent academic background and try their best to support the curiosity and intelligence of their young one. Make way for the Young Age influencers We all know Greta Thunderberg who is working tirelessly for saving the environment. Opioid addiction. Research Update: First Black Hole is Much Larger than Expected. Recently, new details of the first black hole that was spotted in 1964 have emerged. 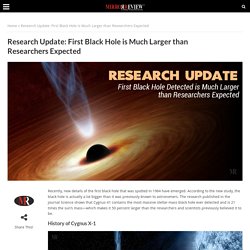 According to the new study, the black hole is actually a lot bigger than it was previously known to astronomers. The research published in the journal Science shows that Cygnus-X1 contains the most massive stellar-mass black hole ever detected and is 21 times the sun’s mass—which makes it 50 percent larger than the researchers and scientists previously believed it to be. History of Cygnus X-1 The Cygnus-X1 black hole was discovered when a pair of Geiger counters were sent to space on a rocket. It is one of the closest black holes to earth. Related: World’s largest Camera or a look into the cosmos?

How do credit cards work? Everything you want to know about Credit Card. If I tell you that you can buy something now and pay for it later, how you would react to that? 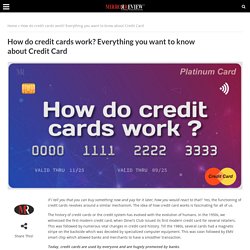