Cleveland Cavaliers forward Kevin Love faced with crucial decision leading up to offseason. CLEVELAND, Ohio – Following season-ending shoulder surgery, Kevin Love will soon face a difficult decision to ponder when it comes to his future earnings and his team of preference. 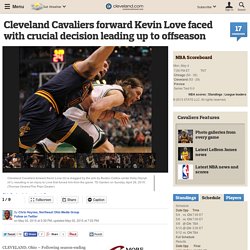 The dangerous side of emotional intelligence. How Laissez-Faire Economics Led to Inequality and Recession  Remember in 2009 when everyone was dodging blame for the financial crisis? 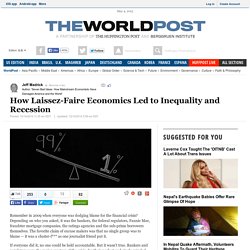 Depending on who you asked, it was the bankers, the federal regulators, Fannie Mae, fraudster mortgage companies, the ratings agencies and the sub-prime borrowers themselves. The Baltimore Riots, Inequality and Federal Inaction  We hear politicians across the ideological spectrum talking about the "problem" of wealth and income inequality in America, yet few offer any concrete solutions. 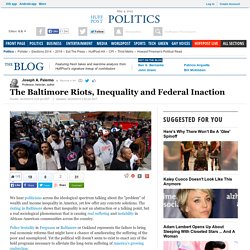 The rioting in Baltimore shows that inequality is not an abstraction or a talking point, but a real sociological phenomenon that is causing real suffering and instability in African-American communities across the country. Police brutality in Ferguson or Baltimore or Oakland represents the failure to bring real economic reforms that might have a chance of ameliorating the suffering of the poor and unemployed. Yet the political will doesn't seem to exist to enact any of the bold programs necessary to alleviate the long-term suffering of America's growing underclass. Why You Need an Agile Decision-Making Process for Your Business. I’m a big believer that mindset is much more of a deciding factor in success than just ability alone. 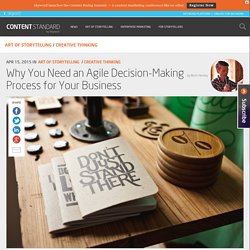 From “Economic Man” to Behavioral Economics. When we make decisions, we make mistakes. 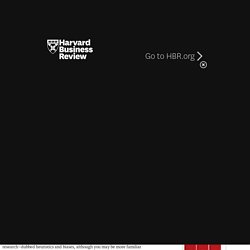 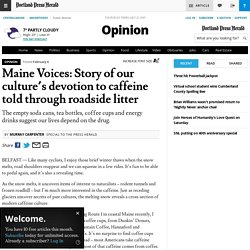 With 'Fairlife,' Coca-Cola Is Getting Into the Premium Milk Business. Coca Cola is getting into the milk business. 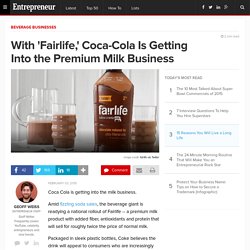 Amid fizzling soda sales, the beverage giant is readying a national rollout of Fairlife -- a premium milk product with added fiber, antioxidants and protein that will sell for roughly twice the price of normal milk. Packaged in sleek plastic bottles, Coke believes the drink will appeal to consumers who are increasingly looking for food and beverage products with a nutritional boost. The milk category remains ripe for opportunity, the AP reports, where the current offer is fairly similar and overall consumption has declined for years. Businessinsider. Coca-Cola management just warned that the company would miss its long-term profit targets. 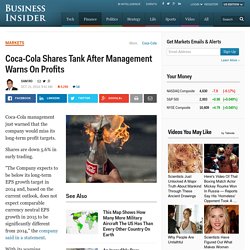 Shares are down 5.6% in early trading. What Tech Companies Are Doing to Bridge the Skills Gap. We’ve all heard of the skills gap by now: Companies have lots of open positions but can’t find enough workers with the skills they need. 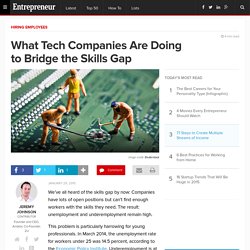 The result: unemployment and underemployment remain high. This problem is particularly harrowing for young professionals. In March 2014, the unemployment rate for workers under 25 was 14.5 percent, according to the Economic Policy Institute. Underemployment is at 16.8 percent for young college grads and 41.5 percent for those with a high school diploma. Yet, more than half of companies report having unfilled positions due to a lack of qualified candidates, according to a March 2014 CareerBuilder study. Apple: job titles; buisness leader. Job Number: VariousUnited StatesPosted: Jan. 23, 2015Retail Store Job Summary. 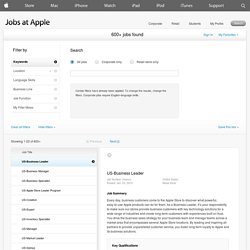 Bold Millennial Leaders:The Coca-Cola Company. In 2014, The Company’s Bottling Investments Group (BIG) conducted the Summit Leadership Series, a world-class curriculum based on ’s five leadership behaviors: 1) Drive Innovation; 2) Collaborate with the System, Customers and Key Stakeholders; 3) Act Like an Owner; 4) Inspire Others; and 5) Develop Self and Others. Taught by experts in the field of leadership development, the intensive program addresses critical business needs and capabilities that better position BIG senior leaders to deliver on short-term and long-term business goals. Irial Finan, President of Bottling Investments and Executive Vice President of The Company, is passionate about professional development. “Now, more than ever in the system, we must help our leadership reach their full potential. To me, this means investing in our people, constantly innovating, staying focused on key priorities, embracing a culture of change and uniting the organization around a compelling vision for the future…all while having fun .”

A characteristic befitting the head coach of the German national soccer team and the son of a craftsman.