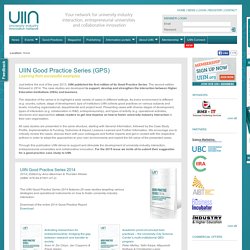 The second edition followed in 2014. The case studies are developed to support, develop and strengthen the interaction between Higher Education Institutions (HEIs) and business. The objective of the series is to highlight a wide variety of cases in different settings. As every environment is different (e.g. country, culture, stage of development, type of institution) UIIN collects good practices on various subjects and levels, including organisational, departmental and project level. Presenting cases with diverse stages of development, types of interaction (e.g. collaboration in R&D, entrepreneurship), and types of activity (e.g. operational activities, structures and approaches) allows readers to get new impetus on how to foster university-industry interaction in their own organisation. OVERVIEW of Responsible Partnering Handbook. Responsible Partnering The latest version of a set of guidelines intended to make collaborations between industry and academia more successful for both parties has been released. 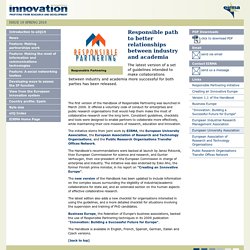 The first version of the Handbook of Responsible Partnering was launched in March 2006. It offered a voluntary code of conduct for enterprises and public research organisations that would help them make the most of collaborative research over the long term. Consistent guidelines, checklists and tools were designed to enable partners to collaborate more effectively, while maintaining their core missions of research, education and innovation. The initiative stems from joint work by EIRMA, the European University Association, the European Association of Research and Technology Organisations; and the Public Research Organisations Transfer Offices Network. The Handbook is available in English, French, Spanish, German, Italian and Czech versions.

Responsible Partnering Guidelines 09. Getting Your Team Members on the Same Page. You may think everyone knows who is in your team, and who isn’t, but think again. 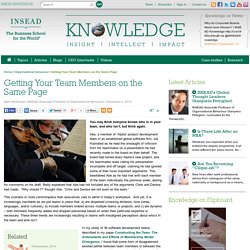 Abe, a member of “Alpha” product development team in an established global software firm, sat frustrated as he read the onslaught of criticism from his teammates on a presentation he had recently made to the board on their behalf. The board had turned down Alpha’s new project, and his teammates were calling his presentation incomplete and off target, claiming he had ignored some of their most important arguments. This bewildered Abe as he had met with each member of the team individually the previous week, asking for comments on his draft.

Betty explained that Abe had not included any of the arguments Chris and Denise had made. “Why should I?” This scenario is more commonplace than executives care to admit in today’s workplace. SHIP TIA presentation Dec 14. Diffusion of innovations. The diffusion of innovations according to Rogers. 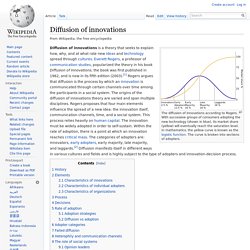 Google MAP for SHiP. 36 Hours in Amsterdam. MOST visitors to Amsterdam rarely wander beyond the arched bridges, watery passageways and crooked canal houses of the enchanting city center. But equally fascinating is the development boom around the harbor and in the once gritty areas that lie between the historic center and the surrounding ring road (A10). These pockets of innovation — pioneered Brooklyn-style by young designers and entrepreneurs who cannot afford the rents on the Keizersgracht — are worth a detour. To explore them, just act like a local: hop on a and go. Friday. Hotel Amsterdam - Hampshire Eden ★★★ Public transport. Travelling within Amsterdam is straight-forward and convenient. 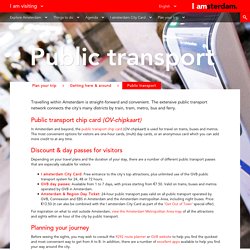 De Zotte - Dinner, Sunday 07 December. Just a stone’s throw away from the loud and lecherous Leidseplein you can find this mecca for Belgian brews and south-of-the-border hospitality. 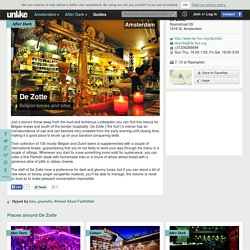 De Zotte (“the fool”)’s interior has an overabundance of oak and can become very crowded from the early evening until closing time, making it a good place to brush up on your barstool conquering skills. Their collection of 130 mostly Belgian and Dutch beers is supplemented with a couple of international brews, guaranteeing that you’re not likely to work your way through the menu in a couple of sittings. Whenever you start to crave something more solid for sustenance, you can order a fine Flemish steak with homemade fries or a chunk of whole wheat bread with a generous slice of pâté or abbey cheese. The staff of De Zotte have a preference for dark and gloomy tunes, but if you can stand a bit of new wave or bluesy singer-songwriter material, you’ll be able to manage, the volume is never so loud as to make pleasant conversation impossible.