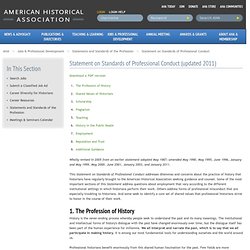 This Statement on Standards of Professional Conduct addresses dilemmas and concerns about the practice of history that historians have regularly brought to the American Historical Association seeking guidance and counsel. Some of the most important sections of this Statement address questions about employment that vary according to the different institutional settings in which historians perform their work. Others address forms of professional misconduct that are especially troubling to historians.

History students will no longer tolerate or believe grand narratives. Simplicity is a foreign country; they do things differently there, as Mohammad Najibullah discovered in 1996 when the Taliban finally arrived in Kabul. 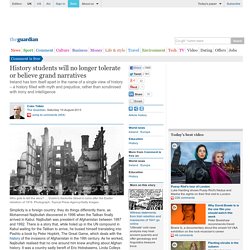 Najibullah was president of Afghanistan between 1987 and 1992. Chicago Paper Fires Photogs, Will Train Reporters on ‘iPhoneography’ The Bayeux Tapestry. The Great Train Robbery. History in Focus: the nature of history (article) Back to articles index. 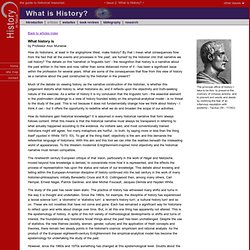 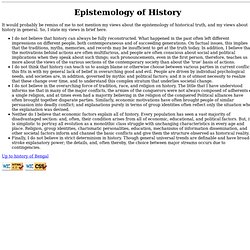 So, I state my views in brief here. I do not believe that history can always be fully reconstructed. What happened in the past often left different impressions on different people, both contemporaneous and of succeeding generations. On factual issues, this implies that the traditions, myths, memories, and records may be insufficient to get at the truth today. Andrew Bacevich: Naming Our Nameless War. How Many Years Will It Be? 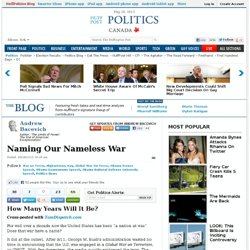 Cross-posted with TomDispatch.com For well over a decade now the United States has been “a nation at war.” Hiroshima: Was It Absolutely Necessary? By Doug Long This article is copyright Doug Long. 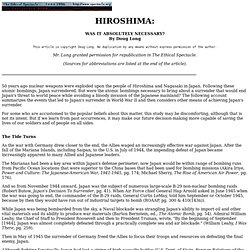 No duplication by any means without express permission of the author. Mr. Jean-Baptiste Michel: The mathematics of history. Conspiracy theorists claim Newtown school shooting a hoax. WASHINGTON The United States has long been a breeding ground for conspiracy theorists, spurred by an often violent history riddled, in particular, with shadowy political assassinations. 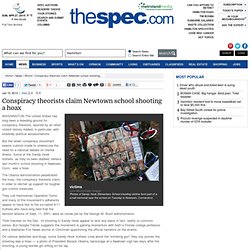 But the latest conspiracy movement seems custom-made to underscore the need for a national debate on mental illness. Lies the Debunkers Told Me: How Bad History Books Win Us Over - Chris Beneke and Randall Stephens. Politicians quote them. 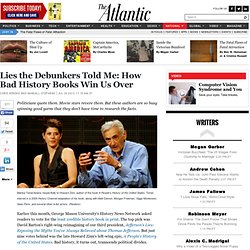 Movie stars revere them. But these authors are so busy spinning good yarns that they don't have time to research the facts. Marisa Tomei listens respectfully to Howard Zinn, author of the book A People's History of the United States. Tomei starred in a 2009 History Channel adaptation of his book, along with Matt Damon, Morgan Freeman, Viggo Mortensen, Sean Penn, and several other A-list actors. (Reuters) Earlier this month, George Mason University's History News Network asked readers to vote for the least credible history book in print.

If these books seem an unlikely pair, they also have a good deal in common. "Read Howard Zinn's 'A People's History of the United States,'" Matt Damon's character Will Hunting instructed his therapist. The History News Network no doubt intended to amuse as much as edify: it made no pretensions to random sampling and didn't specify what "credible" history might involve. Edward Steers Jr.: 6 Biggest Hoaxes In History. Napoleon Bonaparte once famously observed "history is a set of lies agreed upon. 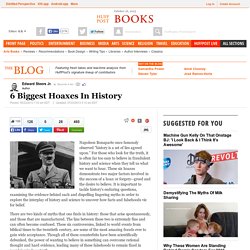 " For those who look for the truth, it is often far too easy to believe in fraudulent history and science when they tell us what we want to hear. First ever film footage emerges of Colditz. The colour film shows prisoners gathered for a roll call in the 11th Century castle, which formed the most secure prison camp in the Third Reich. 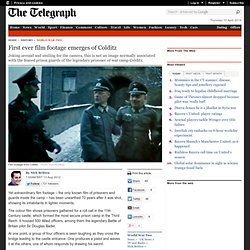 It housed 500 Allied officers, among them the legendary Battle of Britain pilot Sir Douglas Bader. At one point, a group of four officers is seen laughing as they cross the bridge leading to the castle entrance. One produces a pistol and waves it at the others, one of whom responds by drawing his sword. More sinister footage shows hundreds of prisoners lined up for a roll call and exercising in the yard, walking in twos and threes. The footage was shot by Walter Langar, a logistics and supply officer, who spent several weeks at Colditz early in the war. When were the Middle Ages? Medieval historians have been debating for many years on when were the Middle Ages – was there a year that medieval period began, and was there a year that it ended? This debate will not be ending soon, so there are no easy answers.

The idea that a’Middle Ages’ existed goes back to the seventeenth-century, when some writers mention that term (or its Latin equivalent medium aevum). In devising this term, these writers viewed this period as a kind of failed era between the glorious Roman Empire and their present-day, which they saw as a ‘Renaissance’ or new golden age. Replaying Cuito Cuanavale. The battle of Cuito Cuanavale was a key moment in the smokescreen conflict of the Cold War played out in southern Africa. Gary Baines looks at the ways in which opposing sides are now remembering the event. Victor's banner: John Liebenberg's photograph showing an SADF convoy entering Namibia, August 30th, 1988 Winners invariably believe that they are entitled to rewrite the past from the vantage point of history’s vindication, but official histories are always challenged by the ‘losers’.