The Best Author Blogs. It is no secret that authors write some of the very best blogs. 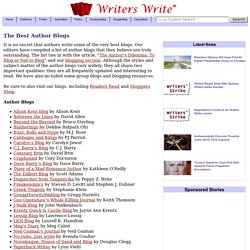 Our editors have compiled a list of author blogs that they believe are truly outstanding. The list ties in with the article, "The Author's Dilemma: To Blog or Not to Blog" and our blogging section. Although the styles and subject matter of the author blogs vary widely, they all share two important qualities: they are all frequently updated and interesting to read. We have also included some group blogs and blogging resources.

Iceberg Theory. The Iceberg Theory (also known as the "theory of omission") is the writing style of American writer Ernest Hemingway. 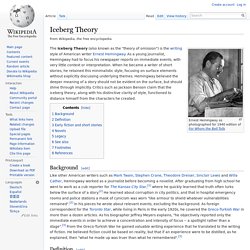 As a young journalist, Hemingway had to focus his newspaper reports on immediate events, with very little context or interpretation. When he became a writer of short stories, he retained this minimalistic style, focusing on surface elements without explicitly discussing underlying themes. Hemingway believed the deeper meaning of a story should not be evident on the surface, but should shine through implicitly.

Critics such as Jackson Benson claim that the iceberg theory, along with his distinctive clarity of style, functioned to distance himself from the characters he created. Background[edit] Definition[edit] In 1923, Hemingway conceived of the idea of a new theory of writing after finishing his short story "Out of Season". James Phelan/Phillip Sipiora on Hemingway, Questions 11.29.95. James Phelan/Phillip Sipiora on Hemingway, Questions 11.29.95 Question 1.Sipiora. 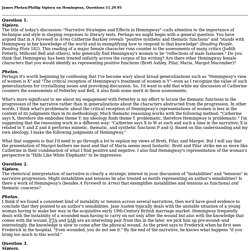 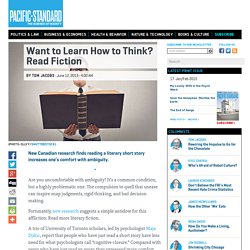 Are you uncomfortable with ambiguity? It’s a common condition, but a highly problematic one. The compulsion to quell that unease can inspire snap judgments, rigid thinking, and bad decision-making. Fortunately, new research suggests a simple antidote for this affliction: Read more literary fiction. A trio of University of Toronto scholars, led by psychologist Maja Djikic, report that people who have just read a short story have less need for what psychologists call “cognitive closure.” “Exposure to literature,” the researchers write in the Creativity Research Journal, “may offer a (way for people) to become more likely to open their minds.” “The reader can simulate the thinking styles even of people he or she might personally dislike. Djikic and her colleagues describe an experiment featuring 100 University of Toronto students. 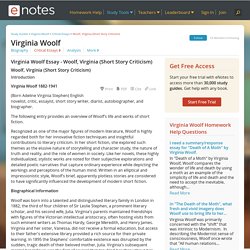 That Glimpse of Truth: The 100 Finest Short Stories Ever Written eBook: David Miller: Amazon.co.uk: Kindle Store. What Lies Beneath: The Iceberg Theory of Writing. “If a writer of prose knows enough about what he is writing about he may omit things that he knows and the reader, if the writer is writing truly enough, will have a feeling of those things as strongly as though the writer had stated them.” 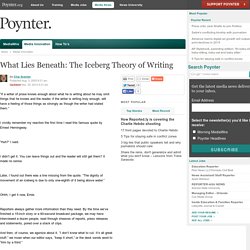 I vividly remember my reaction the first time I read this famous quote by Ernest Hemingway. “Huh?” I said.

Why We Do What We Do - Book Marketing Tools: One Year Later - mr9118 - University of Bristol email for life Mail. Nstitutional Fictions : A Unified Theory of Constitutional Facts: A ... - David L Faigman. I confused about why he thinks it ironic that Nabakov is banned... I mean, it go... James Joyce Quarterly, Vol. 45, No. 2 (Winter, 2008), pp. 372-374. Obscene Literature and the Miller Test - HowStuffWorks. DONALD ROSS Obituary notices, United Kingdom - Find obituaries in United Kingdom for DONALD ROSS. Roth v. United States. Roth v. 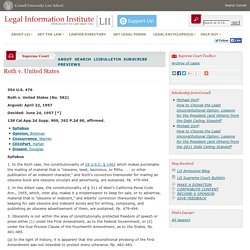 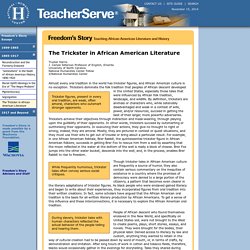 Carlyle Sitterson Professor of English, Emerita University of North Carolina National Humanities Center Fellow ©National Humanities Center Almost every oral tradition in the world has trickster figures, and African American culture is no exception. The Fugitive Slave Acts. BACK TO the African American history of Western New York The Fugitive Slave Acts of 1793 and 1850 The federal acts of 1793 and 1850 providing for the return between states of escaped black slaves. 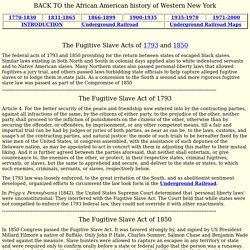 Similar laws existing in both North and South in colonial days applied also to white indentured servants and to Native American slaves. Democracy definition. Llosa_on_literature_and_freedom.pdf. Ideas and Concepts Embodied by Early American Literature: Freedom and Tyranny. Microsoft Word - Power and Control in American Literature- Constructing the Paradox of American Freedom.docx - Power-and-Control-in-American-Literature-Constructing-the-Paradox-of-American-Freedom.pdf. Banned & Challenged Classics. Each year, the ALA's Office for Intellectual Freedom records hundreds of attempts by individuals and groups to have books removed from libraries shelves and from classrooms. 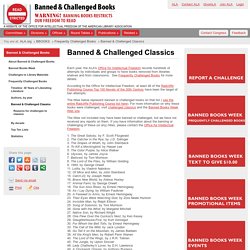 For more information on why these books were challenged, visit challenged classics and the Banned Books Week Web site. The titles not included may have been banned or challenged, but we have not received any reports on them. 1. 11. 15. 23. 33. Thoreau's Civil Disobedience - with annotated text. Henry David Thoreau. Document Archive › Satyagraha: Tracking a Cultural Exchange. This essay was written for a course on Post-Colonial Indian literature in the Fall of 2006. I presented it in April 2007 at the SUNY Oneonta Undergrad Philosophy Conference, where it was given the Ninash Foundation East-West Award. The Theory, Practice, and Influence. The Theory, Practice, and Influence.