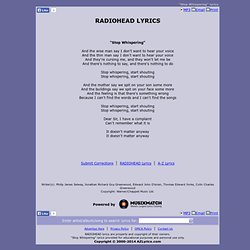 RADIOHEAD lyrics are property and copyright of their owners. " WE'RE ALL MAD Lyrics - CIRCUS CONTRAPTION. THE FLAMING LIPS LYRICS - Fight Test. I thought I was smart - I thought I was right I thought it better not to fight - I thought there was a Virtue in always being cool - so when it came time to Fight I thought I'll just step aside and that time would Prove you wrong and that you would be the fool - I don't know where the sun beams end and the star Light begins it's all a mystery Oh to fight is to defend if it's not Now than tell me when would be the time that you would stand up And be a man - for to lose I could accept but to surrender I just wet and regretted this moment - oh that I - I Was the fool. 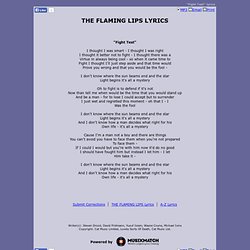 BOB MARLEY LYRICS - Redemption Song. Old pirates, yes, they rob I; Sold I to the merchant ships, Minutes after they took I From the bottomless pit. 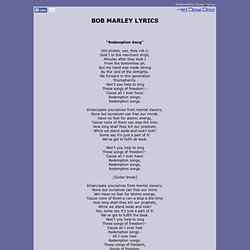 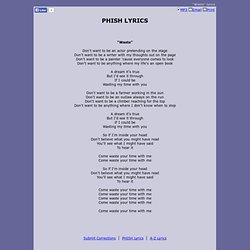 EELS LYRICS - Things The Grandchildren Should Know. I go to bed real early Everybody thinks it's strange I get up early in the morning No matter how disappointed i was With the day before It feels new I don't leave the house much I don't like being around people Makes me nervous and weird I don't like going to shows either It's better for me to stay home Some might think it means i hate people But that's not quite right I do some stupid things But my heart's in the right place And this i know. 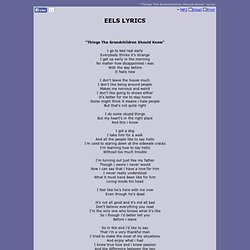