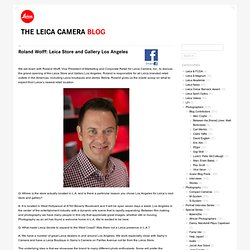 Roland is responsible for all Leica branded retail outlets in the Americas, including Leica boutiques and stores. Below, Roland gives us the inside scoop on what to expect from Leica’s newest retail location. Q: Where is the store actually located in L.A. and is there a particular reason you chose Los Angeles for Leica’s next store and gallery? A: It is located in West Hollywood at 8783 Beverly Boulevard and it will be open seven days a week. Los Angeles is the center of the entertainment industry with a dynamic arts scene that is rapidly expanding. The free camera encyclopedia. B&H Photo Video. iPad Insight.

The free camera encyclopedia. This Week in Photography History: The Birth of Dorothea Lange. This week we celebrate the birth of Dorothea Lange and the photojournalistic work she documented throughout the Great Depression in America. Head on past the break for a quick peek into her life and career as a photographer. Born in Hoboken, New Jersey on May 26th 1895, Dorothea Lange – whose name was originally Dorothea Margaretta Nutzhorn before her father left the family and she assumed her mother’s maiden name- had quite a traumatic experience early in life that would become a defining moment; she contracted polio at age 7. This disease caused her right leg and foot to be noticeably weaker than the left, which would ultimately cause her to have a slight limp for the rest of her life. Billingham. A new look at the Zeiss ZM 50mm Planar f/2 Lens. 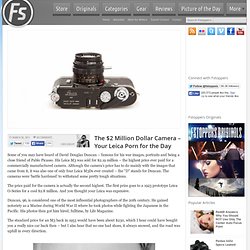 His Leica M3 was sold for $2.19 million – the highest price ever paid for a commercially manufactured camera. Sculpting with Light. 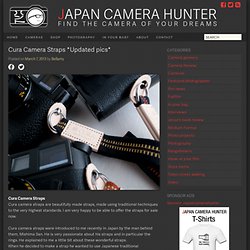 I am very happy to be able to offer the straps for sale now. Cura camera straps were introduced to me recently in Japan by the man behind them, Mishima San. He is very passionate about his straps and in particular the rings. He explained to me a little bit about these wonderful straps. When he decided to make a strap he wanted to use Japanese traditional craftsmanship and methods to create something that was beautiful, yet strong enough to support your precious camera. Working with a family of weavers from the Kanto region who have been using the same techniques handed down over the generations for over 100 years. One very special point about the straps is the rings.

The straps are currently available in 3 different colourways: Black with red accents. Wrist strapCamera strap Japancamerahunter. Six Things They Won’t Teach You In Portrait Photography Class. The one thing that will teach you to become a better portrait photographer is failure. 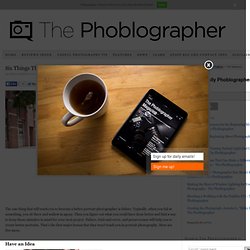 Typically, when you fail at something, you sit there and wallow in agony. Then you figure out what you could have done better and find a way to keep those mistakes in mind for your next project. Failure, trial-and-error, and perseverance will help you to create better portraits. That’s the first major lesson that they won’t teach you in portrait photography. Here are five more. Have an Idea. Lens review: The Leica 35/1.4 Summilux-M ASPH FLE. I couldn’t find a product shot in my archive, so you’re going to have to settle for one of me using it instead. 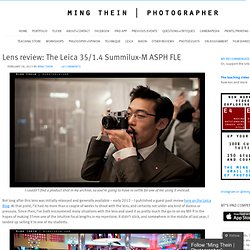 Not long after this lens was initially released and generally available – early 2012 – I published a guest post review here on the Leica Blog. At that point, I’d had no more than a couple of weeks to shoot with the lens, and certainly not under any kind of duress or pressure. The 2013 Leica M Typ 240. Previously in October 2012, I had a chance to handle the M Typ 240 (I’m going to call it the M 240 from hereon in) back at the Kuala Lumpur launch event, and produce a quick preview (that can be found here). 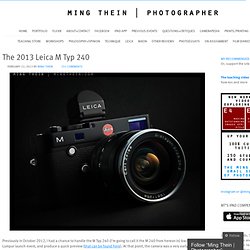 At that point, the camera was a very early functioning prototype – yet the improvement over the M9 was clear. There was of course no way to get images onto a PC for review; the SD card was glued in and the grip had no USB ports. Frustratingly, things appeared pretty good on the new (and larger) rear LCD. But we all know that such small and limited-gamut monitors are not a good way to determine image quality at all; I was thus itching to get my hands on a camera, or at very least, some good files to play around with.

I’m not really a fan of long waits to availability – whilst it’s nice to know what’s in the works, I’d rather not have to wait six or more months before I can actually buy one. Yes, I do my own product shots.