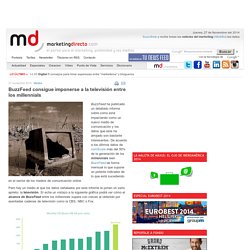 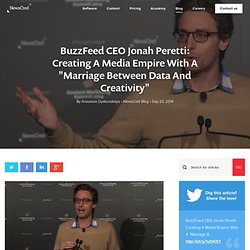 Peretti shared that of BuzzFeed’s 150 million monthly visitors, 75 percent are driven via social and over half are in the coveted 18-34 demographic. “There’s a need to deliver things that people want to share everyday,” says Peretti. But the question remains: “How can we make things people love and want to share?” Peretti’s definitely one to know; he’s been going viral since before the word took on its second meaning. The rest, as they say, is history. Peretti was floored. Rieder: Safeguarding journalism's mission, and finances. CHICAGO —It's a dilemma facing so many legacy news outlets. 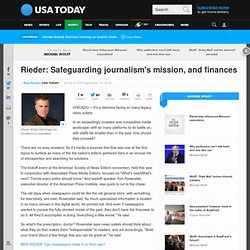 In an exceedingly crowded and competitive media landscape, with so many platforms to do battle on, with staffs far smaller than in the past, how should they proceed? There are no easy answers. So it's hardly a surprise that that was one of the first topics to surface as many of the the nation's editors gathered here in an annual rite of introspection and searching for solutions.

The kickoff event at the American Society of News Editors convention, held this year in conjunction with Associated Press Media Editors, focused on "What's new/What's next? Trends every editor should know. " The old days when newspapers could be like the old general store, with something for everybody, are over, Rosenstiel said. So what's the prescription, doctor?

REM RIEDER: Can newspapers make it on their own? Rosenstiel stressed that he knows newspapers can't entirely abandon their efforts to be comprehensive. BuzzFeed: An Open Letter to Ben Horowitz. Ben Horowitz, the erudite cofounder of the Andreessen Horowitz (A16z) firm is a respected heavyweight in the Silicon Valley’s venture capital milieu. 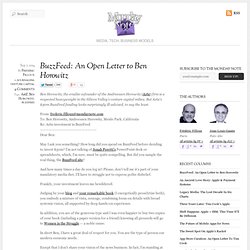 Estudio: BuzzFeed conquistó a los jóvenes. The Data Genius Behind Buzzfeed's Success. Dao Nguyen, the head of data and growth at BuzzFeed, eyes half a pie and narrates a brief history of the first part of her career. 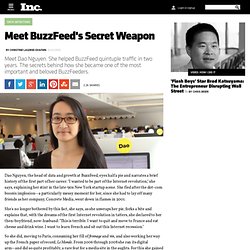 "I wanted to be part of the Internet revolution," she says, explaining her stint in the late-'90s New York startup scene. She fled after the dot-com boom's implosion--a particularly messy moment for her, since she had to lay off many friends as her company, Concrete Media, went down in flames in 2001. She's no longer bothered by this fact, she says, as she unwraps her pie, forks a bite and explains that, with the dreams of the first Internet revolution in tatters, she declared to her then-boyfriend, now-husband: "This is terrible. I want to quit and move to France and eat cheese and drink wine. I want to learn French and sit out this Internet recession. " So she did, moving to Paris, consuming her fill of fromage and vin, and also working her way up the French paper of record, Le Monde.

And with that, she got herself fired. "That was fine with me. "We said. Estudio: BuzzFeed conquistó a los jóvenes. Different beasts for a new media: Why BuzzFeed and Vice have less in common than you think. On the face of it, BuzzFeed and Vice are two companies with a lot in common. 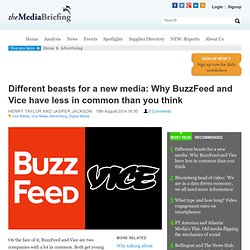 Both get young internet users, both get mobile and social, both rely on the advertising industry, both produce entertainment, and both produce journalism. It’s almost too easy to find examples of articles comparing the two – Google “BuzzFeed and Vice” to get started and you can pretty much take your pick. The often-mistaken-but-never-in-doubt Michael Wolff is one of the worst offenders, and even TheMediaBriefing team falls into the trap occasionally. But any comparison between the two is much more complex than many commentators seem prepared to admit. Here – in a format we like to call “a number of connected items written consecutively one below the other that is definitely not a listicle” – are five ways in which BuzzFeed and Vice differ: 1. Sure, both BuzzFeed and Vice are dependent on the ad industry, but that doesn’t mean their business models are the same.

BuzzFeed runs no banner ads at all. 1. 2. 3. 4. Buzzfeed: how data is shaping modern journalism. Can Mashable pull a BuzzFeed? Mashable is growing up. 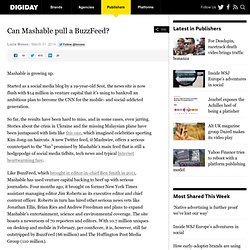 Started as a social media blog by a 19-year-old Scot, the news site is now flush with $14 million in venture capital that it’s using to bankroll an ambitious plan to become the CNN for the mobile- and social-addicted generation. So far, the results have been hard to miss, and in some cases, even jarring. Stories about the crisis in Ukraine and the missing Malaysian plane have been juxtaposed with lists like this one, which imagined celebrities sporting Kim Jong-un haircuts. Can Mashable pull a BuzzFeed? The New York Times' digital challenges, in 5 charts. The New York Times’ internal Innovation report, leaked after the unexpected ouster of top editor Jill Abramson, brought to light a newsroom culture out of step with changing consumer reading habits. 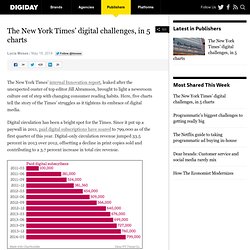 Here, five charts tell the story of the Times’ struggles as it tightens its embrace of digital media. Digital circulation has been a bright spot for the Times. Since it put up a paywall in 2011, paid digital subscriptions have soared to 799,000 as of the first quarter of this year. Digital-only circulation revenue jumped 33.5 percent in 2013 over 2012, offsetting a decline in print copies sold and contributing to a 3.7 percent increase in total circ revenue. But total ad revenue — 76 percent of which is derived from print advertising — continues to fall as the Times faces lower print ad revenues across all ad categories. The Times newsroom, by its own admission, is too focused on producing the print edition, even though print only accounts for a small percent of its total readership. 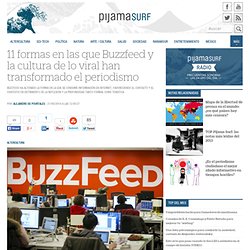