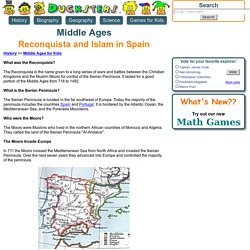 The Reconquista of Spain Spain had been conquered by the Moors in 711. 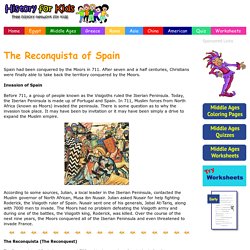 After seven and a half centuries, Christians were finally able to take back the territory conquered by the Moors. Invasion of Spain Before 711, a group of people known as the Visigoths ruled the Iberian Peninsula. Middle Ages - Medieval History for Kids.