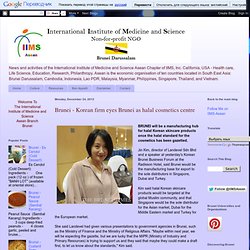 Jin Kim, director of Landevel Sdn Bhd and a speaker at yesterday's Korean Brunei Business Forum at the Radisson Hotel, said Brunei would be the manufacturing base for export to the sole distributors in Singapore, Dubai and Turkey. Kim said halal Korean skincare products would be targeted at the global Muslim community, and that Singapore would be the sole distributor for the Asian market, Dubai for the Middle Eastern market and Turkey for the European market. She said Landevel had given various presentations to government agencies in Brunei, such as the Ministry of Finance and the Ministry of Religious Affairs. 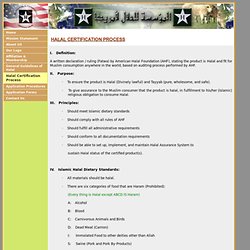 Halal Industry Development Corporation - Incentives. For HDC Designated Halal Parks Operators In an effort to promote the attractiveness of the Halal Parks, the following incentives are recommended: Full income tax exemption for a period of 10 years or 100% income tax exemption on capital expenditure for a period of 5 years Exemption from import duty and sales tax on equipment, components and machinery used directly in the Cold Room Operations in accordance to prevailing policies. 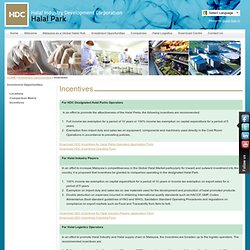 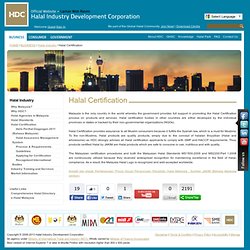 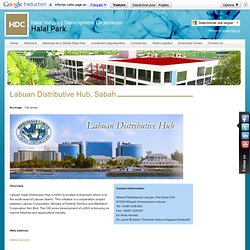 Halal Industry Development Corporation - Download Centre. Halal. For disambiguation of alternate spelling, see Hallal Ḥalāl (Arabic: حلال‎ ḥalāl, 'permissible') or hallal[1] is any object or an action which is permissible to use or engage in, according to Islamic law. 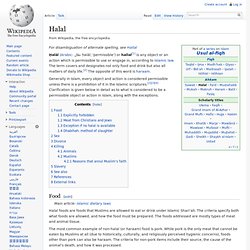 The term covers and designates not only food and drink but also all matters of daily life.[2] The opposite of this word is haraam. Generally in Islam, every object and action is considered permissible unless there is a prohibition of it in the Islamic scriptures.[2][3][4] Clarification is given below in detail as to what is considered to be a permissible object or action in Islam, along with the exceptions. Food[edit] Halal foods are foods that Muslims are allowed to eat or drink under Islamic Shariʻah. MUIS. Guide dogs are the guiding eyes for people who cannot see. 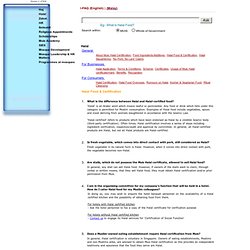 They are carefully bred, raised and trained for the purpose of providing a safe means of mobility for people who are blind or visually impaired. Entry of Guide Dogs into Halal Certified Eating Establishments The current Halal regulations do not prohibit the access of guide dogs (for the blind or visually-impaired customers) into Halal certified eating establishments. However, hygiene and sensitivity issues may arise. Guidelines when Allowing Guide Dogs into Your Premises Muis’ advice to holders of its Halal Certificate under the Eating Establishment Scheme to allow access to the blind or visually-impaired customers with guide dogs into their premises by abiding with the following guidelines : Operators should provide a designated area for people with guide dogs to be located at a location that would ensure safety of the owner and his/her dog as well as the comfort of other patrons in the eating establishments. 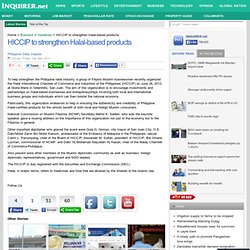 The aim of this organization is to encourage investments and partnerships on Halal-based businesses and entrepreneurships involving both local and international business groups and individuals which can then bolster the national economy. Particularly, this organization endeavors to help in ensuring the authenticity and credibility of Philippine Halal-certified products for the utmost benefit of both local and foreign Muslim consumers. National Commission on Muslim Filipinos (NCMF) Secretary Mehol K. Sadain, who was the keynote speaker, gave a rousing address on the importance of this organization not just to the economy but to the Filipinos in general. Other important dignitaries who graced the event were Guia G. Halal. Halal World.