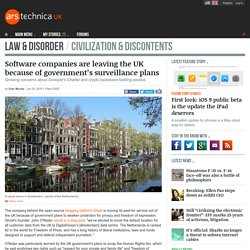 Ghost's founder, John O'Nolan, wrote in a blog post: "we’ve elected to move the default location for all customer data from the UK to DigitalOcean’s [Amsterdam] data centre. The Netherlands is ranked #2 in the world for Freedom of Press, and has a long history of liberal institutions, laws and funds designed to support and defend independent journalism. " O'Nolan was particularly worried by the UK government's plans to scrap the Human Rights Act, which he said enshrines key rights such as "respect for your private and family life" and "freedom of expression. " The Netherlands, by contrast, has "some of the strongest privacy laws in the world, with real precedents of hosting companies successfully rejecting government requests for data without full and legal paperwork," he writes. If media companies do block VPN sites, you can build your own Personal Cloud VPN. Battle of the VPN The battle of largely US-based media companies against Australian consumers has turned temporarily from concern about illegal downloads, to Australians circumventing geographic streaming restrictions. 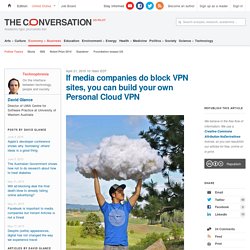 Leaked documents from Sony Pictures, recently posted on Wikileaks, reveal that Sony demanded that Netflix do more to stop VPN users from countries like Australia accessing their services. Explicit cookie consent. Privacy-worth-acquisti-FPF. Librarians Versus the NSA. Business Insider. Businessinsider.com. Police Officers Use Lost iPhone To Post Selfies On Facebook. Internet filter to enforce Australia Tax. Clay Shirky's COGNITIVE SURPLUS: how the net lets us share and do more than ever.

Clay Shirky's second book, The Cognitive Surplus, picks up where his stellar debut, Here Comes Everybody left off: explaining how the net's lowered costs for group activity allow us to be creative and even generous in ways that we never anticipated and haven't yet fully taken account of. 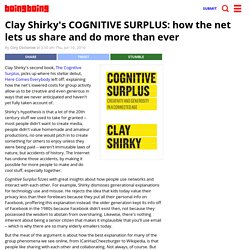 Australian govt to introduce piracy filter legislation next week. Australian Attorney-General George Brandis has confirmed that legislation that will see copyright-infringing websites such as The Pirate Bay blocked by Australian ISPs will be introduced into parliament next week, but will not be passed before the next Budget. 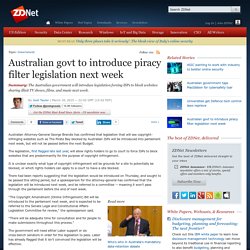 The legislation, first flagged late last year, will allow rights holders to go to court to force ISPs to block websites that are predominantly for the purpose of copyright infringement. It is unclear exactly what type of copyright infringement will be grounds for a site to potentially be blocked, or which rights holders can apply to a court to have a site blocked. Media companies welcome extra protections for journalists as metadata laws pass the lower house. Could not load plugins: File not found Metadata never worried Tony Abbott the journalist The Prime Minister says reporters need not fear police accessing their metadata to identify their sources- he never worried about his own metadata being accessed when he was a journalist. 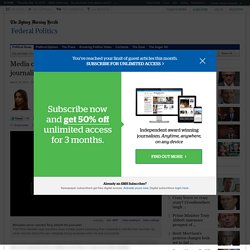 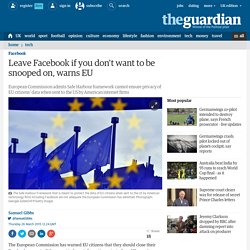 The comments were made by EC attorney Bernhard Schima in a case brought by privacy campaigner Maximilian Schrems, looking at whether the data of EU citizens should be considered safe if sent to the US in a post-Snowden revelation landscape. “You might consider closing your Facebook account, if you have one,” Schima told attorney general Yves Bot in a hearing of the case at the European court of justice in Luxembourg. When asked directly, the commission could not confirm to the court that the Safe Harbour rules provide adequate protection of EU citizens’ data as it currently stands. Technology should be used to create social mobility – not to spy on citizens — Technological Advances Throughout History. Signal - Private Messenger. Glogin?mobile=1&URI=http%3A%2F%2Fmobile.nytimes.com%2F2015%2F02%2F27%2Ftechnology%2Fnet-neutrality-fcc-vote-internet-utility.

The Future of the Web Is 100 Years Old - Issue 21: Information. The Earth may not be flat, but the web certainly is. 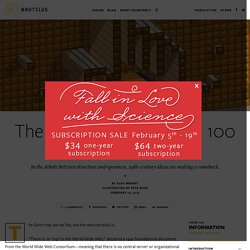 “There is no ‘top’ to the World-Wide Web,” declared a 1992 foundational document from the World Wide Web Consortium—meaning that there is no central server or organizational authority to determine what does or does not get published. It is, like Borges’ famous Library of Babel, theoretically infinite, stitched together with hyperlinks rather than top-down, Dewey Decimal-style categories.1 It is also famously open—built atop a set of publicly available industry standards.

While these features have connected untold millions and created new forms of social organization, they also come at a cost. Material seems to vanish almost as quickly as it is created, disappearing amid broken links or into the constant flow of the social media “stream.” It can be hard to distinguish fact from falsehood. By the late 19th century, the modern information age had already begun. 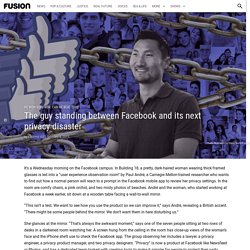 In Building 18, a pretty, dark-haired woman wearing thick-framed glasses is led into a “user experience observation room” by Paul André, a Carnegie Mellon-trained researcher who wants to find out how a normal person will react to a prompt in the Facebook mobile app to review her privacy settings. In the room are comfy chairs, a pink orchid, and two misty photos of beaches. André and the woman, who started working at Facebook a week earlier, sit down at a wooden table facing a wall-to-wall mirror.