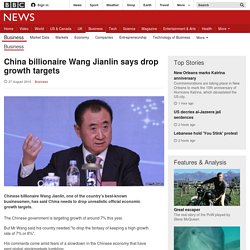 The Chinese government is targeting growth of around 7% this year. United Airlines Chief Resigns Over Corruption Investigation. UK productivity lags behind rest of G7. Image copyright PA The UK was much less productive than the rest of the G7 in 2014, lagging by the most since 1991, official figures have shown. 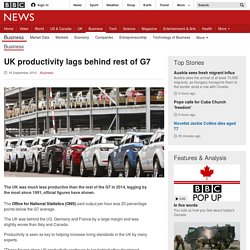 The Office for National Statistics (ONS) said output per hour was 20 percentage points below the G7 average. The UK was behind the US, Germany and France by a large margin and was slightly worse than Italy and Canada. Productivity is seen as key to helping increase living standards in the UK by many experts.

Facebook has a billion users in a single day, says Mark Zuckerberg. Mac User Groups Fade in Number and Influence, but Devotees Press On. China’s Export Data Points to a Deepening Industrial Downturn. HONG KONG — China’s industrial slowdown is showing signs of worsening, as the country’s trade slump deepened further in August in the face of weaker demand from overseas buyers. 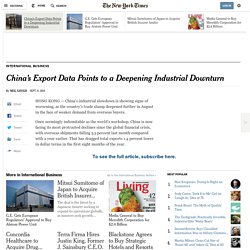 Once seemingly indomitable as the world’s workshop, China is now facing its most protracted declines since the global financial crisis, with overseas shipments falling 5.5 percent last month compared with a year earlier. 'Dislike' button coming to Facebook. China Falters, and the Global Economy Is Forced to Adapt. HONG KONG — The commodities giant spent heavily for years, mining iron ore across Australia, digging for copper in Chile, and pumping off the coast of Trinidad. 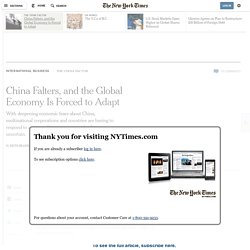 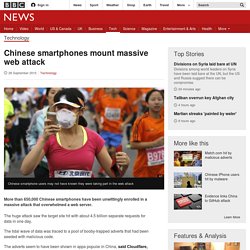 The huge attack saw the target site hit with about 4.5 billion separate requests for data in one day. Google search chief Amit Singhal looks to the future. Image copyright Getty Images For more than a decade, boxes have helped Google dominate search - both the rectangle on its home page and the web browser address bars that send users to its results. 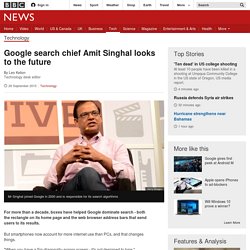 But smartphones now account for more internet use than PCs, and that changes things. "When you have a 5in-diagonally-across screen - it's not designed to type," acknowledges Google's search chief Amit Singhal. "So, on mobile you have to fundamentally give users new ways to interact. " To address the problem, Mr Singhal's team has developed Now on Tap. Audi and Skoda say 3.3m cars have 'cheat' emissions software. Image copyright Getty Images Audi and Skoda say they have a total of 3.3 million cars fitted with the software that allowed parent company Volkswagen to cheat US emissions tests. 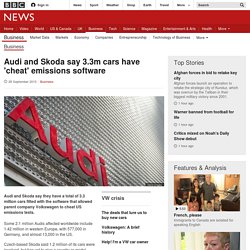 Some 2.1 million Audis affected worldwide include 1.42 million in western Europe, with 577,000 in Germany, and almost 13,000 in the US. Google Virtual-Reality System Aims to Enliven Education. Photo As part of a class last year on “Romeo and Juliet,” Jennie Choi, an English teacher at Mariano Azuela Elementary School in Chicago, took her sixth-grade students on a tour of Verona, the Italian city where Shakespeare’s play transpires. 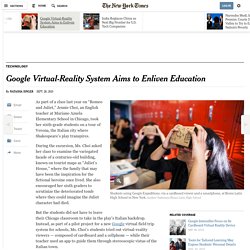 During the excursion, Ms. How Many Deaths Did Volkswagen’s Deception Cause in U.S.? ’s diesel deception unleashed tons of extra pollutants in the United States, pollutants that can harm human health. 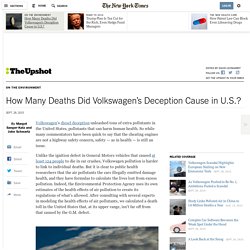 So while many commentators have been quick to say that the cheating engines are not a highway safety concern, safety — as in health — is still an issue. Unlike the ignition defect in General Motors vehicles that caused at least 124 people to die in car crashes, Volkswagen pollution is harder to link to individual deaths. But it is clear to public health researchers that the air pollutants the cars illegally emitted damage health, and they have formulas to calculate the lives lost from excess pollution.

Indeed, the Environmental Protection Agency uses its own estimates of the health effects of air pollution to create its regulations of what’s allowed. After consulting with several experts in modeling the health effects of air pollutants, we calculated a death toll in the United States that, at its upper range, isn’t far off from that caused by the G.M. defect. A 13-Year-Old Founder, and His ‘C.E.O.’ Mom. Advertisement Continue reading the main story Video This video is part of a series examining the world of the entrepreneurial family. 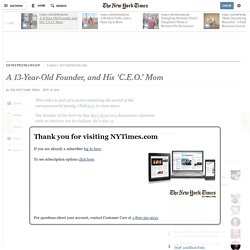 Click here to view more. How Technology is Driving the Fashion Industry Forward - Slyce Blog. Xi Jinping says China open to foreign business amid economic reforms. Image copyright AFP Chinese President Xi Jinping has sought to reassure US business leaders, in a wide-ranging speech covering China's economic reforms and cyber crime. Speaking in Seattle at the start of his state visit to the US, Mr Xi said foreign firms were welcome in China, and that Beijing would not manipulate its currency to boost exports. He also denied Beijing engages in hacking but said China would co-operate with Washington on the issue.

Image copyright Getty Images. Coca-Cola Bottler Wins Labor Suit in Spain. Photo. Apple Is Said to Deactivate Its News App in China. Photo HONG KONG — has disabled its news app in , according to a person with direct knowledge of the situation, the most recent sign of how difficult it can be for foreign companies to manage the strict rules governing media and online expression there. Working Lives Tokyo: Business woman.