Platform. International. Stop Managing and Start Leading. Posted On: September 3, 2014 by: Ray Marcantoni When we think about leadership we think in simple terms that a leader is somebody who people follow or that they guide or direct others. 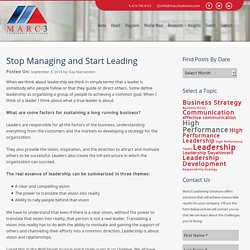 FlashFunders. FlashFunders University is a resource for startups (formed as C Corporations) creating and launching offerings on FlashFunders. 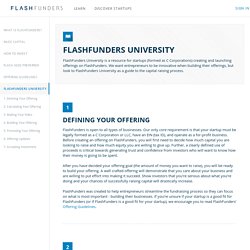 We want entrepreneurs to be innovative when building their offerings, but look to FlashFunders University as a guide to the capital raising process. Defining Your Offering. Real Life. Change - Episodes, Video & Schedule. Project Startup A&E REAL LIFE CHANGE inspires people to take charge of their lives and encourages viewers to turn their passion projects into reality. 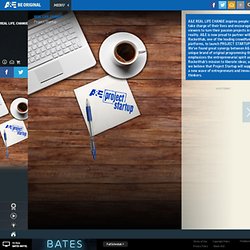 A&E is now proud to partner with RocketHub, one of the leading crowdfunding platforms, to launch PROJECT STARTUP. JOBS Act State of the Union: What’s Become of Regulation A+ and Crowdfunding? To borrow a line from SEC Commissioner Daniel M. 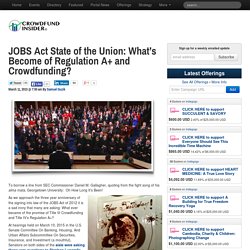 Gallagher, quoting from the fight song of his alma mata, Georgetown University: Oh How Long It’s Been! As we approach the three year anniversary of the signing into law of the JOBS Act of 2012 it is a sad irony that many are asking: What ever became of the promise of Title III Crowdfunding and Title IV’s Regulation A+? At hearings held on March 10, 2015 in the U.S. Senate Committee On Banking, Housing, And Urban Affairs Subcommittee On Securities, Insurance, and Investment (a mouthful), Senators on both sides of the aisle were asking these very questions to Stephen Luparello, the Director of the SEC Division of Trading and Markets. 21st Century Learning. About Us. If you have an apple and I have an apple and we exchange these apples then you and I will still each have one apple. 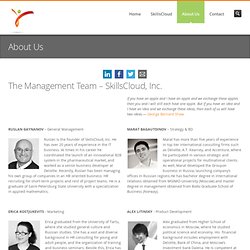 But if you have an idea and I have an idea and we exchange these ideas, then each of us will have two ideas.― George Bernard Shaw RUSLAN GAYNANOV – General Management Ruslan is the founder of SkillsCloud, Inc. He has over 20 years of experience in the IT business. At times in his career he coordinated the launch of an innovational B2B system in the pharmaceutical market, and worked as a senior business developer at Deloitte. MARAT BAGAUTDINOV – Strategy & BD Marat has more than five years of experience in top tier international consulting firms such as Deloitte, A.T. ERICA KOSTJUKEVITS - Marketing.

Learning Communities / Communities of Practice / Learning Circles. If ever there were an area where organizations feel they must go it alone, that area would be 'capacity building.' Suggest to a group that they spend time with the leaders of “competing” organizations to learn how to do their job better, and the discussion will eventually turn to the group’s fears about sharing “proprietary information” and the like. 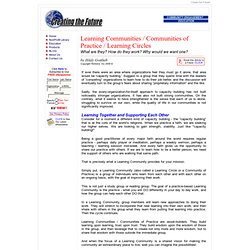 Sadly, the every-organization-for-itself approach to capacity building has not built noticeably stronger organizations. It has also not built strong communities. Dreams of 'self-discovery' destroying marriage, claims psychologist. Time was when a roof over your head, food on the table and occasional bouts of sexual activity were the hallmarks of a successful marriage. 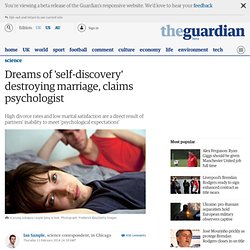 Not any more. According to a US psychologist, the modern marriage must fulfil far deeper demands, and most couples are struggling to cope. Eli Finkel, director of social psychology at Northwestern University in Illinois, said couples today looked to their marriages to help them "grow as individuals", and support them through "voyages of self-discovery". But their expectations are rarely met, he said, because of the investment of time and effort involved.

Finkel claims that persistent high divorce rates and low levels of marital satisfaction are a direct result of couples being unable to meet the psychological expectations of their partners. "In the past, you married someone who helped you meet your basic needs, but over time, love increasingly conquered marriage. Need Skills to Pay the Bills? Associations Can Help. 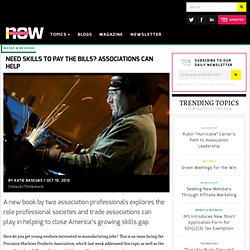 How do you get young workers interested in manufacturing jobs? This is an issue facing the Precision Machine Products Association, which last week addressed this topic as well as the manufacturing skills gap during a visit to one of its member companies. “As an association we’re trying to promote manufacturing as a career,” PMPA Executive Director Michael Duffin told the Mansfield News Journal.

World map indicating the category of Human Development Index by country (based on 2013 data; published July 24, 2014). 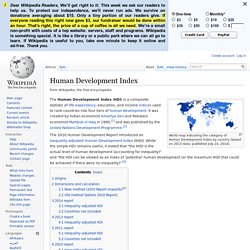 The 2010 Human Development Report introduced an Inequality-adjusted Human Development Index (IHDI). While the simple HDI remains useful, it stated that "the IHDI is the actual level of human development (accounting for inequality)" and "the HDI can be viewed as an index of 'potential' human development (or the maximum IHDI that could be achieved if there were no inequality)".[3] Origins[edit] Dimensions and calculation[edit] New method (2010 Report onwards)[6][edit] Apps for Special Ed. Knowledge & deep Search engine. Digital education tools. 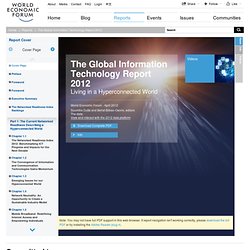 This research provides a unique platform for public-private dialogue on best policies and for determining what actions will further national ICT readiness and innovation potential. Through the evolved methodological framework of the Networked Readiness Index (NRI), The Global Information Technology Report 2012 measures the extent to which 142 economies take advantage of ICT and other new technologies to increase their growth and well-being. This year, Sweden tops the rankings, followed by Singapore and Finland.