Michael Friedlander received the Insignia of a Companion of the New Zealand Order of Merit for services to the community. Mr Friedlander has contributed to many local businesses and organisations in the Auckland region for more than 40 years through the Friedlander Foundation. 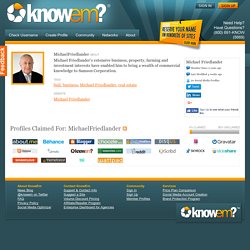 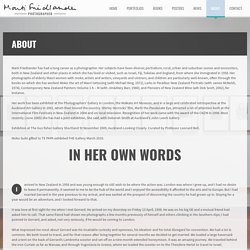 Her subjects have been diverse; portraiture, rural, urban and suburban scenes and encounters, both in New Zealand and other places in which she has lived or visited, such as Israel, Fiji, Tokelau and England, from where she immigrated in 1958. Her photographs of elderly Maori women with moko, artists and writers, vineyards and vintners, and children are particularly well-known, often through the books on which she has worked Moko: the art of Maori tattooing (with Michael King, 1972), Larks in Paradise: New Zealand Portraits (with James McNeish, 1974), Contemporary New Zealand Painters: Volume 1 A – M (with Jim&Mary Barr, 1980), and Pioneers of New Zealand Wine (wih Dick Scott, 2002), for instance.

Her work has been exhibited at the Photographers’ Gallery in London, the Waikato Art Museum, and in a large and celebrated retrospective at the Auckland Art Gallery in 2001, which then toured the country. Marti Friedlander: Painting with light. To mark the death of Marti Friedlander we’re republishing a profile of the legendary photographer, first published in the November 2011 issue of New Zealand Geographic. 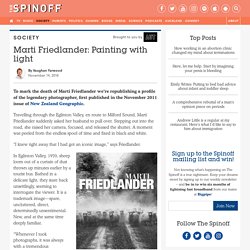 Travelling through the Eglinton Valley, en route to Milford Sound, Marti Friedlander suddenly asked her husband to pull over. Stepping out into the road, she raised her camera, focused, and released the shutter. A moment was peeled from the endless spool of time and fixed in black and white. “I knew right away that I had got an iconic image,” says Friedlander. In Eglinton Valley, 1970, sheep loom out of a curtain of dust thrown up minutes earlier by a tourist bus. “Whenever I took photographs, it was always with a tremendous excitement. Now in her 80s, she still radiates the zest for life that, as a young woman, lifted her from a Jewish orphanage in London to a job as an assistant in the Kensington portrait and fashion studio of Gordon Crocker and Douglas Glass. 2016 Queen's Birthday Honours » Auckland Grammar School.

The 2016 Queen's Birthday Honours have been announced and congratulations go to four Auckland Grammar Old Boys who have been recognised this year. 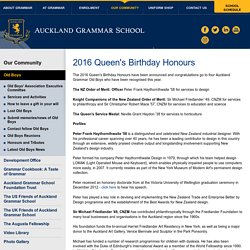 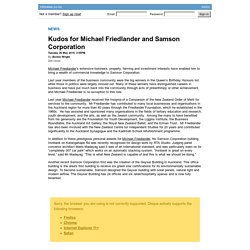 Last year members of the business community were the big winners in the Queen’s Birthday Honours list while those in politics were largely missed out. Michael Friedlander awarded CNZM. Photo: Harriet Friedlander Michael Friedlander was included in the annoucements at Queens Birthday weekend of those that have recieved government honours. 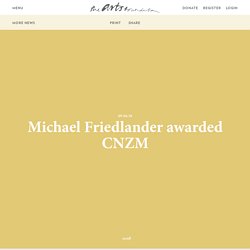 Michael and his sons Jason and Daniel Friedlander established the Harriet Friedlander Scholarship Trust when Michael's late wife and mother to Jason and Daniel, Harriet Friedlander died. The purpose of the trust is to fund a residency in New York for an artist to have a "New York experience. " Harriet loved the city and felt that sending an artist to live in the 'Big Apple' would be life changing experience for that person. The Arts Foundation administers the biennial residency and selects the recipient on behalf of the Freidlanders. Sir Michael Friedlander 5th top of New Zealand’s Rich List » J-Wire. Michael Friedlander Wins Three Prestigious Building Awards. Michael Friedlander Wins Three Prestigious Building Awards The Geyser in Parnell, Auckland, is New Zealand’s first new-build, six green star rated office building and has been recognised as an innovation in this field of building. 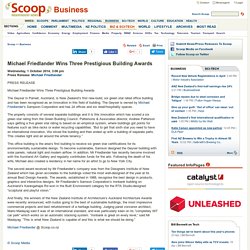 The Geyser is owned by Michael Friedlander’s Sampson Corporation and has 24 offices and six retail/hospitality spaces. The property consists of several separate buildings and it is this innovation which has scored a six green star rating from the Green Building Council. Pattersons & Associates director, Andrew Patterson says getting a five green star rating is based on an empirical system, where buildings got points for features such as bike racks or water recycling capabilities. “But to get that sixth star you need to have an international innovation.

This office building is the area's first building to receive six green star certifications for its environmentally sustainable design. Michael Friedlander - The Richest People In New Zealand. Boasting of a net worth of $774 million, Michael Friedlander is a native to the Auckland area. 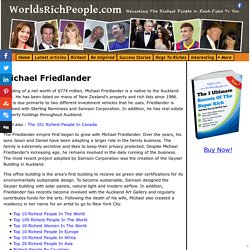 He has been listed on many of New Zealand's property and rich lists since 1986. This is due primarily to two different investment vehicles that he uses. Friedlander is involved with Sterling Nominees and Samson Corporation. In addition, he has real estate property holdings throughout Auckland. Read also : The 101 Richest People In Canada. The Governor-General of New Zealand Te Kawana Tianara o Aotearoa. Michael Friedlander. High-profile Kiwis: Free speech under threat in NZ universities - Bay of Plenty Times - Bay of Plenty Times News. This is a modal window. 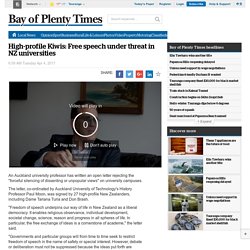 This modal can be closed by pressing the Escape key or activating the close button. Captions Settings Dialog Beginning of dialog window. Escape will cancel and close the window. Michael Friedlander. Arts Foundation of New Zealand. The foundation produces award programmes that provide recognition and support to artists working in all art forms. 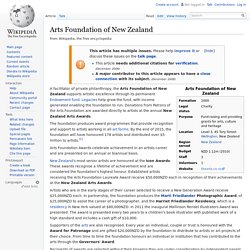 By the end of 2015, the foundation will have honoured 178 artists and distributed over $5 million to artists.[1] Arts Foundation Awards celebrate achievement in an artists career and are presented on an annual or biannual basis. New Zealand's most senior artists are honoured at the Icon Awards. These awards recognise a lifetime of achievement and are considered the foundation's highest honour.

Established artists receiving the Arts Foundation Laureate Award receive $50,000NZD each in recognition of their achievements at the New Zealand Arts Awards. Supporters of the arts are also recognised. Graeme Hart tops NBR's 2015 Rich List. Last updated 15:00, July 30 2015 Jeff Brass. Michael Friedländer. Portrait of Michael Friedländer. Michael Friedländer (April 29, 1833 – December 10, 1910) was an Orientalist and principal of Jews' College, London. He is best known for his English translation of Maimonides' Guide to the Perplexed, which was the most popular such translation until the more recent work of Shlomo Pines, and still remains in print.

In 1856, he began studies in classical languages and mathematics at the universities of Berlin and Halle/Saale (Ph.D. 1862), and concurrently with his university studies he pursued Talmudic learning. Settling in Berlin, he was appointed principal of the Talmud school, which position he resigned in 1865 to accept that of principal of Jews' College, London, in succession to Barnett Abrahams.

The combined worth of those included in the 2013 list reached a record $60.4 billion, about 79 percent of the total capitalisation of the NZX’s main trading board. Hart, who has built a global packaging empire following his acquisition of Carter Holt Harvey, was worth $6.4 billion, up $400 million from a year ago. Richard Chandler, the global investor who built a diversified portfolio with brother Christopher before dividing their assets in 2007, ranked second, with his worth falling $1.3 billion to $3.7 billion.

His two sons Jason and Daniel largely run the 60-year-old family business, which comprises Samson Corporation and Sterling Nominees. The family is notoriously media-shy about its many investments but is more open about its longstanding and generous philanthropy through the Friedlander Foundation. Mr Friedlander and his late wife Harriet poured huge sums of money into many worthy causes, especially the arts. A gallery at the revamped Auckland Art Gallery was named after them while the biennial Harriet Friedlander Residency sends an artist to New York for as long as $80,000 will last them. She helped raise more than $65,000 for research into regenerative and stem cell medicine. Keegan Alexander Barristers & Solicitors. Michael Friedlander + Queen's Birthday Honours List. The Governor-General of New Zealand Te Kawana Tianara o Aotearoa.