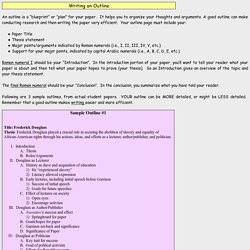 I. Introduction a. B. II. A. B. III. How Does a Waterfall Work, Exactly? To the naked eye, the bottom of the waterfall appears to be chaotic. 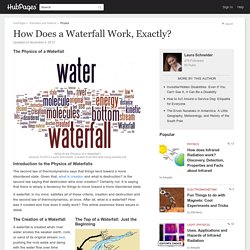 However, what does the water molecule hit when it reaches the bottom, all full of kinetic energy it gained from gravity and distance? It hits other water and mineral molecules that have recently made the same trip over the waterfall, also full of kinetic energy, or possibly the other impurities mentioned previously. All of these molecules at the bottom of the waterfall are seen, by the naked eye, as a roiling, bubbling mass of water that looks as powerful and dangerously destructive/creative as it is. Gravity - How does water falling down a waterfall gain energy? Since you say you are new to physics first of all let's state what energy is. 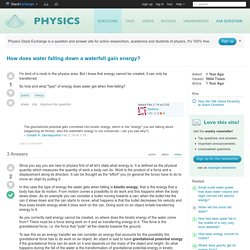 It is defined as the physical quantity which measures the quantity of work a body can do. Work is the product of a force and a displacement along its direction. Geography fluvial landforms. How to Survive an Accidental Plunge Over Niagara Falls. Dbking/Flickr Advertisement - Continue Reading Below On August 14, when a Japanese student slipped off a guardrail above Horseshoe Falls, Niagara's postcard waterfall, she plunged 180 feet. 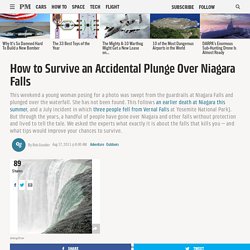 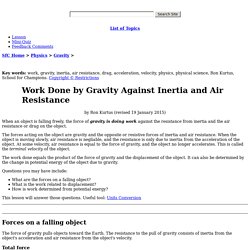 Copyright © Restrictions. Pathwayz. Gravitational Potential Energy is the energy stored by objects in a gravitational field. 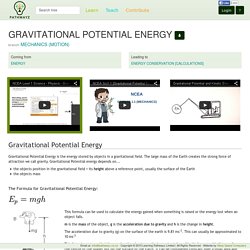 The large mass of the Earth creates the strong force of attraction we call gravity. Gravitational Potential energy depends on... Schoolphysics. The jam in a sponge pudding stays hotter for longer than the pudding around it Water is a very good coolant for use in engines Saucepans are made of materials with a low mass if possible It takes a long time to heat up enough water to have a hot bath Houses built with thick stone walls keep warm in winter and stay cool in summer People used to warm up heavy china teapots before putting the hot water and tea in them Storage radiators are used to retain heat energy for use later in the day You can put out a candle flame (temperature 800 oC) with moist fingers without pain but putting your hand into a bowl of boiling water (100 oC) would hurt a lot! 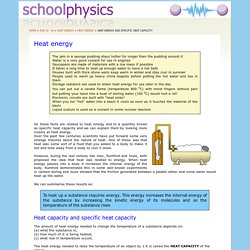 Electronic circuits are built with "heat sinks" When you run "hot" water into a basin it cools as soon as it touches the material of the basin Liquid sodium is used as a coolant in some nuclear reactors However, during the last century two men, Rumford and Joule, both proposed the idea that heat was related to energy. Example problems 1. 2. 3. Geomorphology_Streams_Parth2. Transports the eroded sediment downstream where it's deposited in the low velocity zone on the inside bank of the next meander. 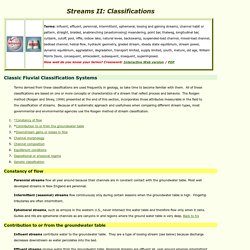 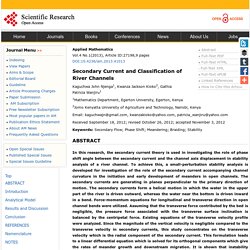 Gravity - How does water falling down a waterfall gain energy? Thundering Waters - The Way Water Falls. Erosion by Streams ( Read ) What's different about these landscapes? 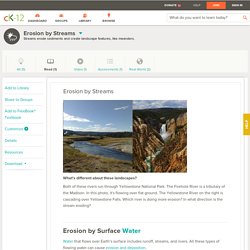 Both of these rivers run through Yellowstone National Park. The Firehole River is a tributary of the Madison. In this photo, it's flowing over flat ground. New York State Geological Survey. Niagara Falls, New York Niagara Falls is one of most popular attractions in New York and around the world. The majestic power of immense volumes of water spilling over the falls and plunging to the rocks and river below is an awesome physical and visual experience, which is rarely matched elsewhere. Niagara is far from the highest waterfall in the world, or even in New York. GCSE Bitesize: Upper course features. Observe river erosion creating waterfalls and chasms. River Landforms - The British Geographer. Electricity and the Waterfall Analogy.

To discuss electrochemistry meaningfully, the fundamental properties of electricity must be defined. Physical properties of rivers. Characteristics of River Flow Lotic systems (rivers and streams) are characterized by continuously flowing waters. These flows are the vitality of the systems and are very dynamic, showing variation on several time scales. Laser Waterfall. Rainbow Formation. Standard Grade Bitesize Geography - Processes forming river landscapes : Revision. World of Waterfalls: Education: Why Do We Care About Waterfalls? Waterfalls 101: Why Do We Care About Waterfalls? This article is part of the Waterfalls 101 series, where we attempt to get schooled about our favorite subject - waterfalls. By the time you've read through this material, perhaps you can impress your friends (or perhaps scare them away) with your newly gained waterfalling knowledge!

AP Physics Study Guide. Fluids and Density Mass Density Example 1. What is Fluid Mechanics? The Physics and Chemistry of a Waterfall by Helen Dinh on Prezi. Numerical Simulations of Electrolysis and Chemical Reactions — Department of Chemical Engineering and Biotechnology.