At Level 2 you need to begin to think more broadly about your subject and use a variety of keywords to help you find relevant information. 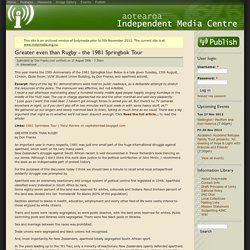 Below is a talk given Tuesday, 15th August, 12noon, Clubs Room, VUW Student Union Building, by Don Franks, anti apartheid activist. Excerpt: Many of the big ’81 demonstrations were held on public roadways, as a deliberate attempt to stretch the resources of the police. The manouver was effective, but not infallible. John Selkirk Photography. A protester readys herself at Fowlds Park before the march to Eden Park the scene of the 3rd NZ v Springbok test. 1981 Police and anti tour protesters clash during the battle of Onslow Rd, outside Eden Park third Springbok test 1981 After the battle of Walters Rd, a small boy paints a peace sign. 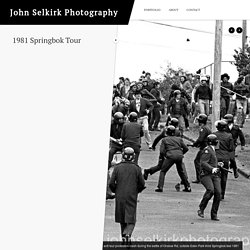 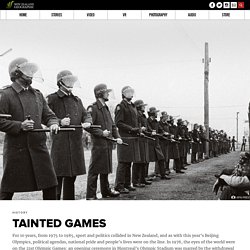 It apparently does not matter that the high-profile All Blacks have broken that boycott by touring South Africa while the greatest death toll since the Sharpeville shootings was still building. While Soweto was still burning. While the corpses of the shot children were still warm. And now the African Commonwealth countries, which boycotted the Montreal Olympics because of New Zealand’s presence, are threatening to extend their boycott to the Edmonton Commonwealth Games of 1978. 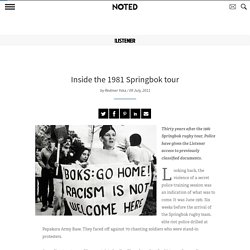 Looking back, the violence of a secret police training session was an indication of what was to come. It was June 1981. Six weeks before the arrival of the Springbok rugby team, elite riot police drilled at Papakura Army Base. They faced off against 70 chanting soldiers who were stand-in protesters. According to a trove of long-restricted police files released to the Listener, three police required medical treatment for injuries after the training drill. NZ On Screen. NZ Security Intelligence Reports on 1981 Springbok Rugby Tour Protests. Release of NZSIS Reports on 1981 Springbok Rugby Tour Protests 21 December 2011 This year marks the 30th Anniversary of the 1981 Springbok rugby tour of New Zealand. 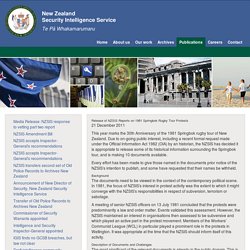 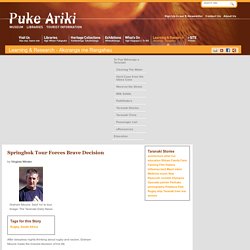 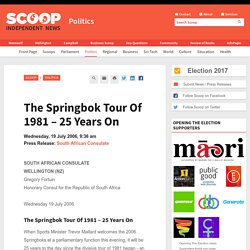 The Springbok Tour Of 1981 – 25 Years On When Sports Minister Trevor Mallard welcomes the 2006 Springboks at a parliamentary function this evening, it will be 25 years to the day since the divisive tour of 1981 began - an event that set mate against mate and divided a nation. The class of 2006 is in New Zealand with the blessing of the nation ranging from Nelson Mandela to the vagrants in the subway of Cape Town station. Te Ara – Anti-racism and Treaty of Waitangi activism. New anti-racist groups In the early 1970s new anti-racism organisations were formed to address the consequences of colonisation. 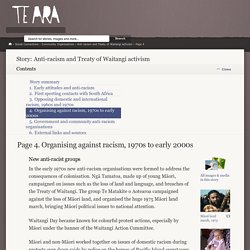 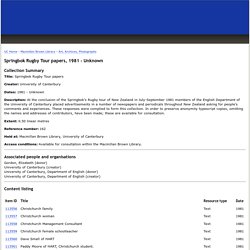 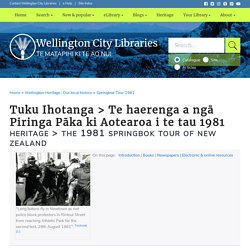