All About Glass Blowing (Introductory Class) How Glass is Made. Wow! Conical Concrete Pour! How to Make an Edible Rock Cycle Using Chocolate Morsels Recipe. How to Simulate the Rock Cycle with Crayons - Navigating By Joy. We’ve done two hands-on earth science projects this week – on Monday we made model planet Earths out of clay, and on Thursday we simulated the rock cycle using wax crayons. 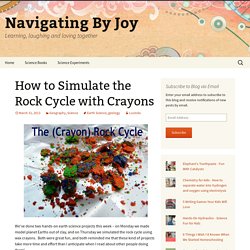 Both were great fun, and both reminded me that these kind of projects take more time and effort than I anticipate when I read about other people doing them! This post is about our experience doing the rock cycle. I hope my usual “what we might do differently next time” section will benefit you! Before the Activity We’ve been learning about the rock cycle and different types of rock over the last few weeks. By now, all of us have Mr Lee’s Rock Cycle Rap stuck in our heads (highly recommended. Just before we did the activity we watched the Rock Cycle Brainpop video and looked at pictures of the cycle in National Geographic Kids Everything Rocks and Minerals. 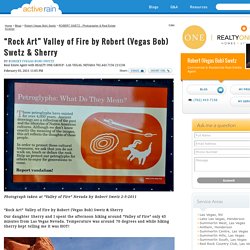 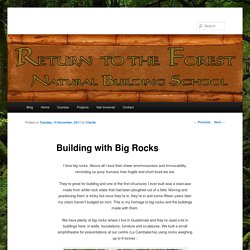 Above all I love their sheer enormousness and immovability, reminding us puny humans how fragile and short-lived we are. They’re great for building and one of the first structures I ever built was a staircase made from white rock slabs that had been ploughed out of a field. Moving and positioning them is tricky but once they’re in, they’re in and some fifteen years later my stairs haven’t budged an inch. This is my homage to big rocks and the buildings made with them. We have plenty of big rocks where I live in Guatemala and they’re used a lot in buildings here: in walls, foundations, furniture and sculptures. This is one of the smaller ones! We had up to 20 helpers on the job – a tricky thing to manage as the potential for the inexperienced to crush a finger, toe, hand or limb is significant but, knock on wood, we’ve not had any serious incidents.

This is Daniil Sihastrul’s monastic cell in Romania, which he excavated over 11 years in the 15th Century: Turfcare Landscaping Sandpoint Natural Rock Path & Patio (2) - Turfcare Landscaping in Sandpoint, Idaho. Rock Road II by Avestra-Stock on DeviantArt. River Rock Fireplaces. River Rock Fireplaces The central location of the fireplace allows the masonry to emit its heat to the whole house evenly. 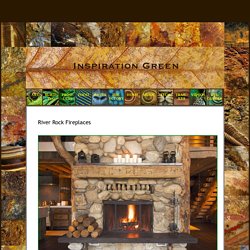 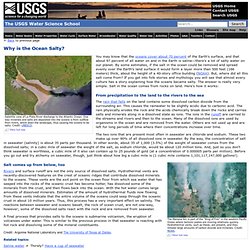 One way minerals and salts are deposited into the oceans is from outflow from rivers, which drain the landscape, thus causing the oceans to be salty. Credit: UNESCO. View full size You may know that the oceans cover about 70 percent of the Earth's surface, and that about 97 percent of all water on and in the Earth is saline—there's a lot of salty water on our planet. From precipitation to the land to the rivers to the sea The rain that falls on the land contains some dissolved carbon dioxide from the surrounding air. The two ions that are present most often in seawater are chloride and sodium.

The Mariana Arc is part of the "Ring of Fire" in the western Pacific Ocean where tectonic plates are moving relatively quickly. View full size Salt comes up from below, too Rivers and surface runoff are not the only source of dissolved salts. Related topics: Saline water Thirsty? Rocks and Minerals. The Classics: Rock Climbing in Red Rock Canyon. Cement Truck Unloading Cement.