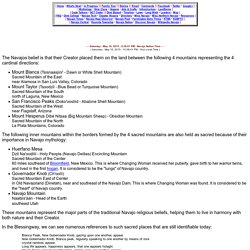 This is known to the Navajo as the Sacred Mountain of the East. Mount Blanca, the tallest mountain in the Sangre de Cristos, in San Luis Valley, in southern Colorado, rises 14,317 feet at the center of a towering trio. Mount Taylor, New Mexico. The Elm Dance. The Elm Dance as it has come to be used in solidarity with the people of Novozybkov differs from the original dance designed by Anastasia Geng. 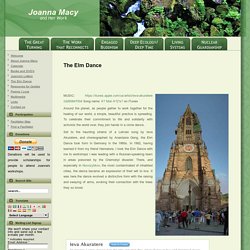 I am grateful for the beauty and meaning that surround each version of the dance; both are offered on this website. The Elm Dance description that follows was translated by Marianne von Schwichow from Anastasia Geng: Bach-Blueten-Taenze, Mechthild Scheffer GmbH, Hamburg, 1996. Schumacher Center For New Economics. In 1972 William Irwin Thompson founded the Lindisfarne Association as an alternative way for the humanities to develop in a scientific and technical civilization. 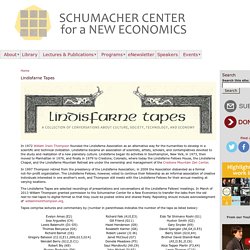 Lindisfarne became an association of scientists, artists, scholars, and contemplatives devoted to the study and realization of a new planetary culture. Lindisfarne began its activities in Southampton, New York, in 1973, then moved to Manhattan in 1976, and finally in 1979 to Crestone, Colorado, where today the Lindisfarne Fellows House, the Lindisfarne Chapel, and the Lindisfarne Mountain Retreat are under the ownership and management of the Crestone Mountain Zen Center. Han Bad Nin. Everyone Growing Up In Our Culture Was Taught This Game, But It's Not Making Anyone Happy. Zen Center: 6/8/2009 Newsletter. Strawberries are too delicate to be picked by machine. 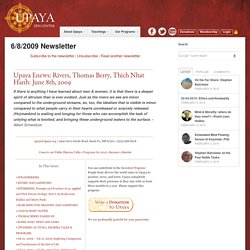 The perfectly ripe ones even bruise at too heavy a human touch. It hit her then that every strawberry she had ever eaten --- every piece of fruit --- had been picked by calloused human hands. Every piece of toast with jelly represented someone’s knees, someone’s aching back and hips, someone with a bandanna on her wrist to wipe away the sweat. Why had no one told her about this before? Alison Luterman, “What They Came For” (from The Sun magazine) Mutiny of the Soul. By Charles Eisenstein / realitysandwich.com Depression, anxiety, and fatigue are an essential part of a process of metamorphosis that is unfolding on the planet today, and highly significant for the light they shed on the transition from an old world to a new. 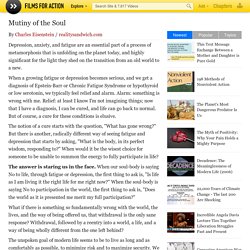 When a growing fatigue or depression becomes serious, and we get a diagnosis of Epstein-Barr or Chronic Fatigue Syndrome or hypothyroid or low serotonin, we typically feel relief and alarm. Alarm: something is wrong with me. 12 Native Americans Who Are Making A Difference. 'A great silence is spreading over the natural world' Welcome to Soundtracker. Pamela Hastings. 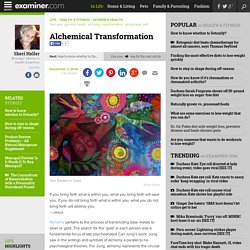 If you do not bring forth what is within you, what you do not bring forth will destroy you,---Jesus Alchemy pertains to the process of transmuting base metals to silver or gold. The search for the ‘gold’ in each person was a fundamental focus of late psychoanalyst Carl Jung’s work. Jung saw in the writings and symbols of alchemy a parallel to his psychological theories. For Jung, alchemy represents the circular process of individuation, in which internal opposing conflicts, and the conscious and unconscious is assimilated and integrated. Sheri Heller - New York Women's Health Examiner - Women's Health. Gallery - Healing and Transformative Dolls. ‎www.lynnchadwick.com.

Expressive Arts Therapy for Healing and Social Change - Sofia. The World Becomes the Self's Body: James, Merleau-Ponty, and Nishida. In this essay we aim to explore the significance of the striking convergence between the central ideas of the later Merleau-Ponty and those of Kitaro Nishida, a modern Japanese philosopher, against the background of William James' radical empiricism. 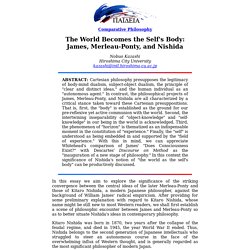 After providing for some preliminary explanation with regard to Kitaro Nishida, whose name might be still new to most Western readers, we shall first establish a scene of philosophic encounter between James and Merleau-Ponty so as to better situate Nishida's ideas in contemporary philosophy. Kitaro Nishida was born in 1870, two years after the collapse of the feudal regime, and died in 1945, the year World War II ended.

Mooji - Hold your ground (Audio) Flower. Flycatcher. Empathy / ecology / belonging Through writing and visual art, Flycatcher strives to explore what it means—or what it might mean—to be native to this earth and its particular places. 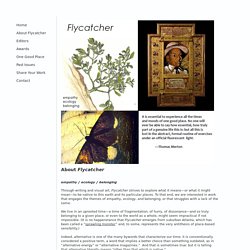 Scientists Sign Declaration That Animals Have Conscious Awareness, Just Like Humans. Photo: National Geographic An international group of prominent scientists has signed The Cambridge Declaration on Consciousness in which they are proclaiming their support for the idea that animals are conscious and aware to the degree that humans are — a list of animals that includes all mammals, birds, and even the octopus. 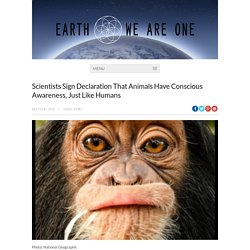 But will this make us stop treating these animals in totally inhumane ways? While it might not sound like much for scientists to declare that many nonhuman animals possess conscious states, it’s the open acknowledgement that’s the big news here. The body of scientific evidence is increasingly showing that most animals are conscious in the same way that we are, and it’s no longer something we can ignore. The Silver Lining of Stigmas — I'm Proud of My Anxiety. By Brittney Van Matre The name Stigma was originally used in ancient Greek language as a noun meaning “a mark, dot, or puncture.” 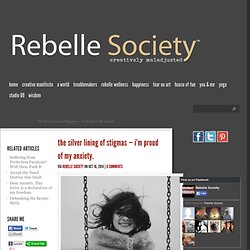 It was used to communicate separateness, separating one thing from another. The word began to convey a negative connotation after dignified Greeks used a stigma, or a physical mark, to brand their slaves — the mark indicating the right to less privileges than other citizens. 5 Superhuman Ways to Crush Anxiety. There is something to be said for letting go, beyond its obvious necessity in our lives so that we don’t carry around everything we’ve ever accumulated like manic hoarders, and its capacity to fill us up with exactly what we need.

I ask this question because our failure to deal with the collective and individual pain generated as a result of our destructive economic system is blocking us from reaching out for the solutions that can help us to find another direction. Our decision to value above all else comfort, convenience and a superficial view of happiness, has led to feelings of disassociation and numbness and as a result we bury our grief deep within our subconscious.

The consequence is not only a compulsion to consume even more in an attempt to hide our guilt but also a projection of our hidden pain onto the world around us and at the deepest level, the Earth itself. RAW VIDEO: TMT Opponents Halt Groundbreaking Ceremony. Grieving could offer a pathway out of a destructive economic system. The Black Line Journey.