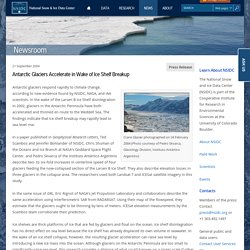 What YOU Can Do About Climate Change. How can people prevent the destruction of Ice shelves? Warmest Month in Recorded History. Our planet went through a dramatic change last month. 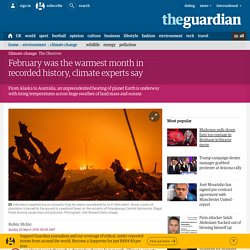 Climate experts revealed that February was the warmest month in recorded history, surpassing the previous global monthly record – set in December. An unprecedented heating of our world is now under way. With the current El Niño weather event only now beginning to tail off, meteorologists believe that this year is destined to be the hottest on record, warmer even than 2015. Nor is this jump in global temperature a freak triggered by an unusually severe El Niño, say researchers. “It is the opposite,” said Professor David Vaughan of the British Antarctic Survey. This latter feature is likely to have particularly profound consequences.

In particular, disappearing sea ice allows more and more ships to get to once unreachable regions in high latitudes. Scientists warn there are many island states in the Pacific that will simply disappear if the planet undergoes that sort of warming. No region on the planet has warmed as much as the Arctic. Sea Level Bombshell. Photo by Joe Raedle/Getty Images In what may prove to be a turning point for political action on climate change, a breathtaking new study casts extreme doubt about the near-term stability of global sea levels. 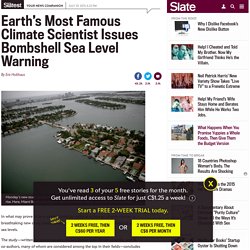 The study—written by James Hansen, NASA’s former lead climate scientist, and 16 co-authors, many of whom are considered among the top in their fields—concludes that glaciers in Greenland and Antarctica will melt 10 times faster than previous consensus estimates, resulting in sea level rise of at least 10 feet in as little as 50 years. The study, which has not yet been peer-reviewed, brings new importance to a feedback loop in the ocean near Antarctica that results in cooler freshwater from melting glaciers forcing warmer, saltier water underneath the ice sheets, speeding up the melting rate.

Hansen, who is known for being alarmist and also right, acknowledges that his study implies change far beyond previous consensus estimates. Glaciers. Sea-ice. Antarctic Ice Melt Could Get Worse, But Humans Can Slow It Down. What EPA is Doing. Clean Power Plan On August 3, President Obama and the EPA unveiled the Clean Power Plan -- a historic and important step in reducing carbon pollution from power plants. 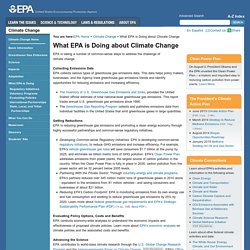 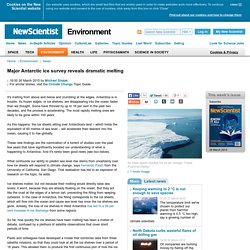 Antarctica is in trouble. Its frozen edges, or ice shelves, are disappearing into the ocean faster than we thought. Some have thinned by up to 18 per cent in the past two decades, and the process is accelerating. The most rapidly melting ones are likely to be gone within 100 years. As this happens, the ice sheets sitting over Antarctica's land – which holds the equivalent of 60 metres of sea level – will accelerate their descent into the ocean, causing it to rise globally.

These new findings are the culmination of a torrent of studies over the past few years that have significantly boosted our understanding of what is happening to Antarctica. What confounds our ability to predict sea level rise stems from uncertainly over how ice sheets will respond to climate change, says Fernando Paolo from the University of California, San Diego. 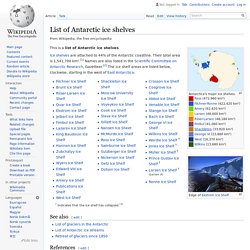 This is a list of Antarctic ice shelves. Ice shelves are attached to 44% of the Antarctic coastline. Their total area is 1,541,700 km².[1] Names are also listed in the Scientific Committee on Antarctic Research, Gazetteer.[2] The ice shelf areas are listed below, clockwise, starting in the west of East Antarctica: † Indicates that the ice shelf has collapsed.[3] See also[edit] References[edit] National Snow and Ice Data Center. Antarctica is home to a number of ice shelves. 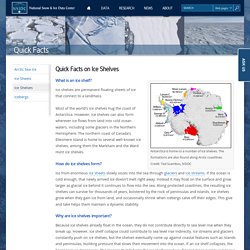 The formations are also found along Arctic coastlines. Credit: Ted Scambos, NSIDC What is an ice shelf?