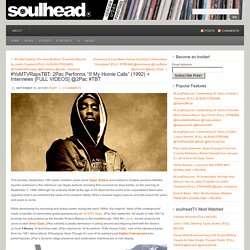 Although his untimely death at the age of 25 deprived the world of an unparalleled talent who arguably hadn’t yet achieved the peak of his creative vitality, 2Pac’s musical legacy lives on and will endure for years and years to come. While developing his recording and acting career during the early 1990s, the original “rebel of the underground” made a handful of memorable guest appearances on Yo! MTV Raps. 2Pac first visited the Yo! Studio in late 1991 to promote his acting debut as the frenetic Roland Bishop in the breakthrough 1992 film Juice.

The following year, 2Pac was joined by original Yo! Enjoy the performance and interview footage below, and stay tuned for additional Yo! Watch Here: We know you will dig these too: Soulhead. Soulhead. Soulhead. All Things Must Pass: Tower Records Documentary OFFICIAL TRAILER. Vivian Green Reinvigorates Her Sound on New Album ‘VIVID’ by Christopher A. Daniel [INTERVIEW + FULL ALBUM STREAM] September 2, 2015 by staff “Vivian Green is more than the sad girl that sings ‘Emotional Rollercoaster’ or ‘Gotta Go, Gotta Leave.’ 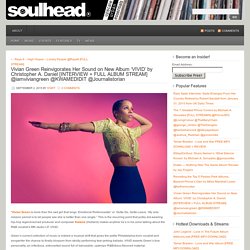 My sole mission period is to let people see she is better than one single.” This is the recurring point that polka dot-wearing hip-hop legend-turned producer and composer Kwamé (Holland) makes anytime he’s in his zone talking about the R&B vocalist’s fifth studio LP, VIVID. Green’s current collection of music is indeed a musical shift that gives the petite Philadelphia-born vocalist and songwriter the chance to finally blossom from strictly performing tear-jerking ballads.

VIVID asserts Green’s true personality, an infectious, extroverted sound full of danceable, uptempo R&B/disco-flavored material. On “Work,” Green and Kwamé pump out a groove driven by a heavy bass riff. Green is extremely technical while Kwamé tends to work solely off the vibe in the room. Working on VIVID closely with Kwamé was comforting for Green. Stream Here: Soulhead. September 1, 2015 by staff Singer/songwriter Shara Nelson, who began her career as the first female vocalist to be down with electro-dub b-boys Massive Attack on the Bristol posse’s masterful 1991 debut album Blue Lines, has become the lost woman of trip-hop.

Throughout the cocaine-fueled ‘90s, her voice could be heard crooning from the speakers of most cocktail lounges in Manhattan, but that was back when bars were still smoky and Massive Attack was the chill-out soundtrack for the end of the millennium. Nelson, who reminded me of Dusty Springfield – though with more grits and gravy – would go on to become the alternative Black chick of the moment. Soulhead. Happy 10th Anniversary to Kanye West’s sophomore album Late Registration, originally released August 30, 2005. 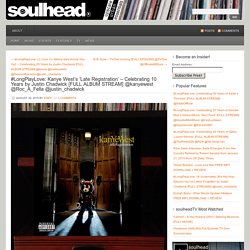 A handful of years before we were inundated with the latest news and shenanigans of Mr. Soulhead. Happy 25th Anniversary to LL Cool J’s album Mama Said Knock You Out, originally released August 27, 1990. 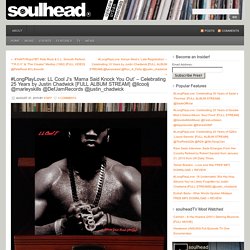 If you have young children in your home, chances are better than good that you absorb a healthy (or unhealthy, depending on your tolerance threshold) dose of Sesame Street on a regular, if not daily basis. Soulhead. Although I love Chaka Khan with all my heart, if I never hear her 1984 cover of Prince’s “I Feel for You” ever again, I’m cool. 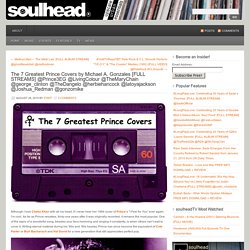 As far as Prince remakes, thirty-one years after it was originally recorded, it remains the most popular. One of the signs of a wonderful song, besides your fans humming and singing it constantly, is when others can’t wait to cover it. Writing eternal material during his ‘80s and ’90s heyday, Prince has since become the equivalent of Cole Porter or Burt Bacharach and Hal David for a new generation that still appreciates perfect pop. So without further ado, soulhead and I present to you the 7 greatest covers of The Purple One, plus a handful of other renditions that also warrant praise. Enjoy the list, and be sure to let us know what your favorite Prince cover songs are in the comments section below. #1: Living Colour | “17 Days” (1993) #2: The Jesus and Mary Chain | “Alphabet Street” (1994) #3: George Clinton | “Erotic City” (1994) 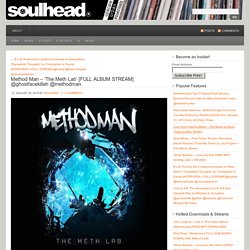 Of course, we had to deliver it to everyone in the soulhead Universe first as we listen in ourselves. Apparently, along with acting, Meth has been corralling some of his best buds (pun intended) to march out some new tunes. Soulhead. Soulhead. Rachel Foxx has struck gold. The London-based singer/songwriter is gearing up for the release of her long-awaited new EP Gold, and has just dropped the first single, “Fall for Me.” As exemplified by the lead single, Gold promises to showcase Foxx’s artistic growth. “I feel more confident and comfortable with my art,” the smoky voiced chanteuse tells soulhead. She goes on further to explain that Gold is “a bit more refined [than her eponymous first EP]. Soulhead. Soulhead. Went to Short Dog’s house / they was watching Yo! 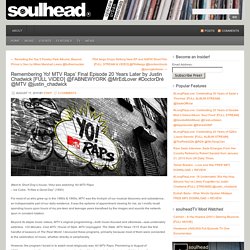 MTV Raps – Ice Cube, “It Was a Good Day” (1993) For most of us who grew up in the 1980s & 1990s, MTV was the linchpin of our musical discovery and subsistence, an indispensable part of our daily existence. It was the epitome of appointment viewing for me, as I vividly recall spending hours upon hours of my pre-teen and teenage years transfixed by the images and sounds the network spun in constant rotation. Beyond its staple music videos, MTV’s original programming—both music-focused and otherwise—was undeniably addictive. 120 Minutes. Club MTV. Soulhead. Soulhead. Happy 25th Anniversary to Deee-Lite’s debut album World Clique, originally released August 7, 1990. 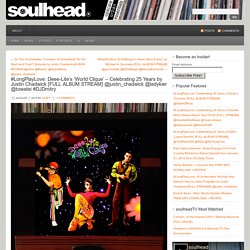 History has not been as kind as it should be to the criminally underappreciated Deee-Lite. The selective memory-driven preoccupation with the massively successful single “Groove Is in the Heart” has unfortunately—and incredulously—obscured the group’s true musical legacy, the undeniable power of their message, the vivacity of their spirit, and the brilliance of their recorded repertoire. Granted, the buoyant “Groove Is in the Heart” is a universally loved classic, and understandably so. But the story and music of Deee-Lite does not begin and end with their most recognizable song. There’s so much more to love and revere about this genre-bending trio, and those who lazily pigeonhole them as a one-hit-wonder need to have their ears, hearts, and souls checked for signs of life.