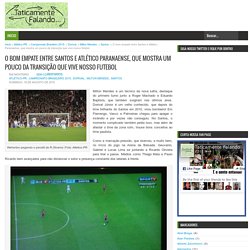 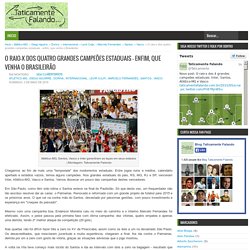 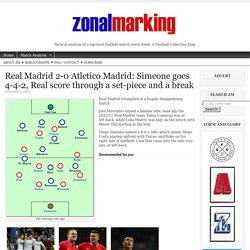 Jose Mourinho named a familiar side, basically the 2011/12 Real Madrid team. Fabio Coentrao was at left-back, while Luka Modric was only on the bench with Mesut Ozil starting in the hole. Diego Simeone named a 4-4-2 side, which meant Diego Costa playing upfront with Falcao, and Koke on the right side of midfield. Cata Diaz came into the side very late, at left-back. There was little to recommend this game, which lacked rhythm, tempo, shape and genuine attacking quality. Lack of shape The biggest question, then, was why the game was so bad. Real were under pressure after last week’s defeat to Betis, with pre-match speculation concentrating on whether Jose Mourinho would be booed by the home fans, and even suggesting there was a possibility his time at the Bernabeu is coming to an end. Valencia 0-5 Real Madrid: ruthless counter-attacking puts Real five up by half-time. The starting line-ups Real Madrid produced one of their finest performances under Jose Mourinho. 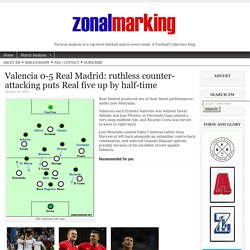 Valencia coach Ernesto Valverde was without David Albelda and Joao Pereira, so Fernando Gago played a very deep midfield role, and Ricardo Costa was forced to move to right-back. Jose Mourinho named Fabio Coentrao rather than Marcelo at left-back alongside an unfamiliar centre-back combination, and selected Gonzalo Higuain upfront, possibly because of his excellent record against Valencia. Real utterly dominated the first half – they pressed well without the ball, and countered at incredible speed to produce a constant stream of goalscoring chances. Germany 4-0 Argentina: Germany are getting better and better and better.

The starting line-ups Germany put in one of the most impressive performances in recent World Cup history to absolutely thrash Diego Maradona’s Argentina side. 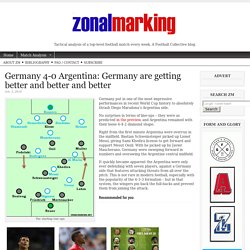 No surprises in terms of line-ups – they were as predicted in the preview, and Argentina remained with their loose 4-4-2 diamond shape. Right from the first minute Argentina were overrun in the midfield. Bastian Schweinsteiger picked up Lionel Messi, giving Sami Khedira license to get forward and support Mesut Oezil. With he picked up by Javier Mascherano, Germany were sweeping forward in numbers and overawing the Argentine central midfield.

It quickly became apparent the Argentina were only ever defending with seven players, against a Germany side that features attacking threats from all over the pitch. That didn’t happen with Argentina, as Lionel Messi, Carlos Tevez and Gonzalo Higuain all stayed in central positions when Argentina didn’t have the ball. Brazil – a 4-2-3-1 or a midfield diamond? Neither. A later, more detailed piece on Brazil is here The outstanding football article of this year was written by Jonathan Wilson of the Guardian, on Brazil’s formation in the Confederations Cup. 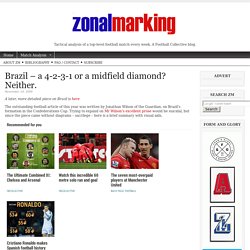 Trying to expand on Mr Wilson’s excellent prose would be suicidal, but since the piece came without diagrams – sacrilege – here is a brief summary with visual aids. In short, European and South American football journalists interpreted the system differently. Analysing Brazil’s fluid system at close quarters. Dunga’s Brazil side isn’t popular back home. 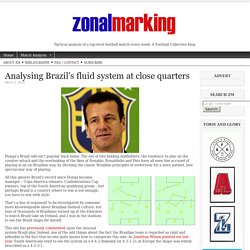 The use of two holding midfielders, the tendency to play on the counter-attack and the overlooking of the likes of Ronaldo, Ronaldinho and Pato have all seen him accused of playing in an un-Brazilian way, by ditching the classic Brazilian principles of yesteryear for a more patient, less spectacular way of playing. All this ignores Brazil’s record since Dunga became manager – Copa America winners, Confederations Cup winners, top of the South American qualifying group – but perhaps Brazil is a country where to win is not enough, you have to win with style. That’s a line of argument to be investigated by someone more knowledgeable about Brazilian football culture, but tens of thousands of Brazilians turned up at the Emirates to watch Brazil take on Ireland, and I was in the stadium to see the Brazil shape for myself. This site has previously commented upon the unusual system Brazil play.

Barcelona 2-2 Real Madrid: two goals each for Ronaldo and Messi. The starting line-ups Both sides appeared content with a point from an entertaining match. 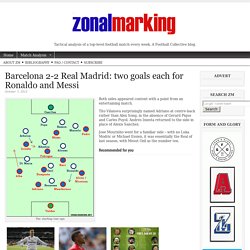 Tito Vilanova surprisingly named Adriano at centre-back rather than Alex Song, in the absence of Gerard Pique and Carles Puyol. Andres Iniesta returned to the side in place of Alexis Sanchez. Tactical Analysis: crooked 4-2-3-1. Background For years my Wolves side had played a variant of the popular tika-taka football style implemented by Pep Guardiola’s Barcelona side during his time at the Nou Camp. 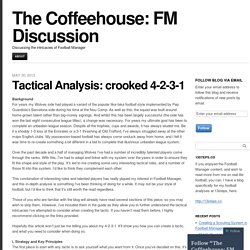 As well as this, the squad was built around home-grown talent rather than big-money signings. And whilst this has been largely successful (the side has won the last eight consecutive league titles), a change was necessary. For years my ultimate goal has been to complete an unbeaten league season. Despite all the trophies, cups and awards, it has always eluded me. Be it a shoddy 1-0 loss at the Emirates or a 3-1 thrashing at Old Trafford, I’ve always struggled away at the other major English clubs. Over the past decade and a half of managing Wolves I’ve had a number of incredibly talented players come through the ranks.

This combination of interesting roles and talented players has really piqued my interest in Football Manager, and this in-depth analysis is something I’ve been thinking of doing for a while. I. 1. Sem Suárez, Brendan Rodgers usa seu repertorio para armar o Liverpool após as boas contratações. Brendan Rodgers vai usando seu repertorio para armar o Liverpool 2014/15. 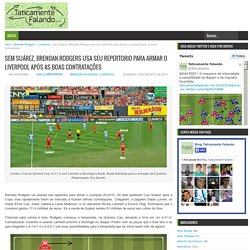