Pearltrees. Veto. Technical & Progressive Thrash Metal thread - Page 3. Here's another album I think needs to be looked into; Leviathen "Onward Through The Fog" (1993). 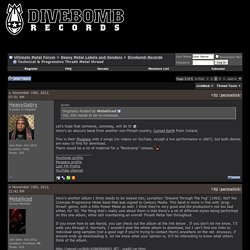 NOT the Colorado Progressive Metal band that was signed to Century Media. This band is more in line with 'prog-thrash' genre, with a little Power Metal as well. I think they're very good and the production's not too bad either, for '93. The thing that's really cool about them is that there's a lot of different styles being performed on this one album, while still maintaining an overall Thrash Metal feel throughout. If you know how to use Narod, you can check out the album at the link below . Proto Metal & Early 60s/70s Metal. This a topic i relate really stongly to. 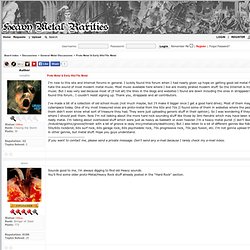 Over the last few years i've been digging further and further into the world of lost 60s/70s "Heavy Rock". RATS - Dragon Child from "Don't Let Go" 7" (1974)This uptempo rocking but strangely commercial obscurity comes on like The Scorpions covering Roxy Music, and could/should be a rock radio staple.However, despite being British, the band only released their lone single in Holland or Germany where it sank without a trace. (The "Made in England" single in the vid was a promo only item apparently.) Full Moon by Full Moon (Album, Hard Rock): Reviews, Ratings, Credits, Song list.

Typical and solid, though not outstanding, dual lead, 80's style heavy metal, featuring a bit too much production, and comparatively weak song writing. they still sound good though, and this will appeal to fans of the genre. 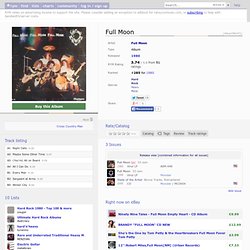 Grades - 1 B+, 4 B's, and 2 B-'s, highly consistent. The original LP was released on Montagne Records, and came with a pic/lyric sleeve. T.A.L.E.S. - Review by Psychotic Fates. Eh what matters more quality or quantity? 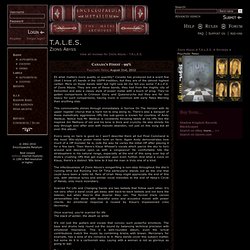 Canada has produced but a scant few (that I know of) bands in the USPM tradition, but they are of the utmost highest caliber. More on those bands later but right now let me tell you some T.A.L.E.S. of Zions Abyss. They are one of these bands, they hail from the mighty city of Edmonton and play a classy style of power metal with a touch of prog. The Corroseum ~ View topic - cool tech, experimental 80's bands that went unnoticed? Progressive and technical stuff - Metal Area - Extreme Music Portal. The Corroseum ~ View topic - Metal Psychoanalysis (You're fuckin' nuts!)

No Way Out - Review by Psychotic Fates. Murky, mysterious and magical; these are the top three adjectives I use in describing the lone album from Ontario's Dead Calm. 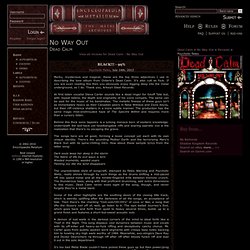 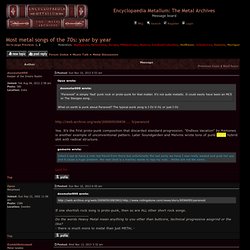 These are some of the ones that come to mind. 1970-Sir Lord Baltimore- Kingdom Come. Already arguably considered an early Metal album. View topic - Looking for traditional progressive speed/power/thrash. HamburgerBoy gave some pretty great recommendations, incidentally. 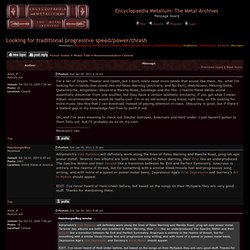 Quote: Kingsbane If you like Kingsbane, you'll probably like Fatal Morgana. 'In Speechless Words' sounds incredibly Kingsbane-esque, and that was actually probably the first impression I got from it. Morrigan. 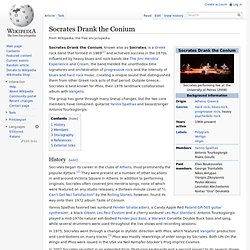 History[edit] In 1975, Socrates went through a change in stylistic direction with Phos, which featured Vangelis' production and contributions on many tracks.[3] Phos was mostly reworkings of older songs by Socrates. Metal stuff.