Send Back My Stamps! Dunwich (Ita) - Horror at Red Hook (1988) The Ten Best Deathrock Compilations of All Time, part 1 of 3. Everything old is new again. 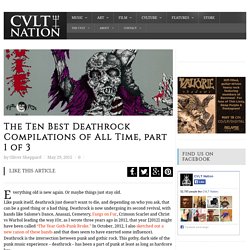 Or maybe things just stay old. Like punk itself, deathrock just doesn’t want to die, and depending on who you ask, that can be a good thing or a bad thing. Lucrecia by Lucrecia (Album): Reviews, Ratings, Credits, Song list. Farbror Punk - Metal Vinyl For Trade Updated 08/11/2009 - Page 2 - The Corroseum. The Agony Bag Story. Agony Bag was formed in early 1976 when flautist and saxophonist Clive Jones, who had been in Black Widow from its beginning to its demise, approached the original Black Widow drummer Clive Box (better known as Bok) with the idea of forming a new band. 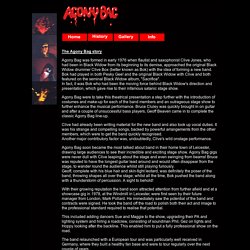 Bok had played in both Pesky Gee! And the original Black Widow with Clive and both featured on the seminal Black Widow album, "Sacrifice". In fact, it was Bok who had been the moving force behind Black Widow's direction and presentation, which gave rise to their infamous satanic stage show. Agony Bag were to take this theatrical presentation a step further with the introduction of costumes and make-up for each of the band members and an outrageous stage show to further enhance the musical performance.

Welcome to The Lazarus Pit, a biweekly look at should-be classic metal records that don’t get nearly enough love; stuff that’s essential listening for students of extreme metal that you’ve probably never heard of; stuff that we’re too lazy to track down the band members to do a Hall Of Fame for. 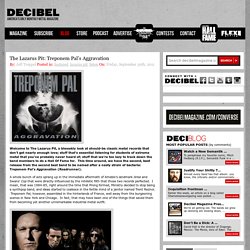 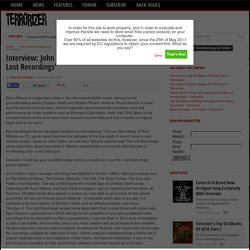 However Rozz’s interest in music went far beyond his rock roots, and he frequently experimented with industrial noise and performance art under monikers such as Premature Ejaculation, Heltir and 1334. Top Twenty Proto-Punk Bands: An Incomplete List. This past July, our sister paper LA Weekly pulled its collected sources at their West Coast Sound music blog and delivered a list of the "Top 20" punk albums in history. 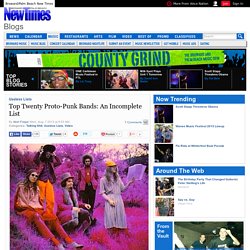 A fairly grandiose scheme on their behalf, and thus bound to fall short in some respects, especially for those committed to the genre. Sure, you have your Ramones and your Bad Brains in there, but Internet punkers took offense to the inclusions of Refused, Green Day, and Rancid. Personally, I wasn't offended by the listing. But, given the scope of the undertaking, and in concern of subgenres, today we'll start to complete the list with twenty proto-punk acts that laid the path followed by many of the acts included in LA Weekly's list.

Your comments on the topic are most welcome below. “It's No Coincidence We've Been Called The Ironic Generation” Published September 20, 2011 I guess you could call them ‘legendary.’ 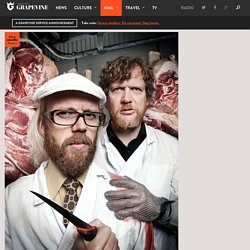 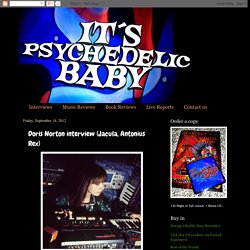 I think it would be best to start our interview with questions about some of your early influences. What can you tell me about the start of your music career? I've never started a career. Music is only a journey of mine. The 10 best Italian new wave songs according to Alessio Natalizia. Last month, obsessive archivists Strut released a compilation of early 1980s Italian new wave succinctly titled 'Mutazione: Italian Electronic & New Wave Underground 1980-1988'. 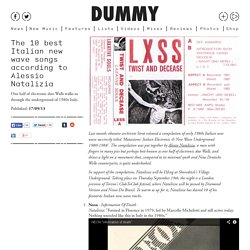 The compilation was put together by Alessio Natalizia, a man with fingers in many pies but perhaps best known as one half of electronic duo Walls, and shines a light on a movement that, compared to its minimal synth and Neue Deutsche Welle counterparts, is quite underlooked. Fottutissima Pellicceria Elsa - In Croce...Qui. Bellzlleb - end off. Agony Column -Rain Comes Down. Svar direkt - Debatt om hårdrock 1989. Sator Codex - Master of the universe (audio) Death SS, posted by Kokkinakis. MIGHTY SPHINCTER. Update - Feederz/Victory Acres Pictures from April 13th, 2003 New Flyers added to site, look below! 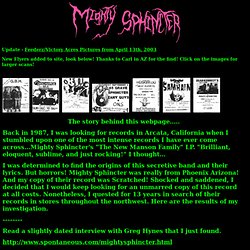 Thanks to Carl in AZ for the find! Click on the images for larger scans! Mighty Sphincter Message Board. Spontaneous Combustion Records/Webzine. Mighty Sphincter On Alice Cooper, Phoenix's Punk Past, and The Future. 2012 is looking to be a comeback year for infamous Phoenix-born "deathrock" combo The Mighty Sphincter. 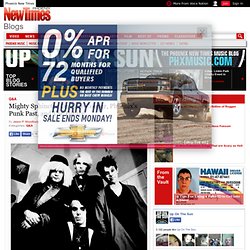 The mythic band -- part of the same Placebo Records scene that birthed JFA, International Language, and many, many more -- has always been lead by songwriter Doug Clark, and he says that this year should see a flurry of Sphincter activity, courtesy of mostly-hardcore label A839 and Germany label Cathedral Records, including a new record and a couple reissues. Fans looking to hear a taste of the new material needn't wait long: Doug Clark is scheduled to perform an acoustic set tonight at Rips Ales and Cocktails. Read on for our discussion about Alice Cooper, the early Phoenix punk scene, and the future of Mighty Sphincter. Up on the Sun: Long story short, or long story long, however you'd like to tell it, why don't you tell me what Mighty Sphincter has been up to the past couple of years? HSS: Dwarr Interview. When I first heard Dwarr a few years ago, it was like I had immediately been transported to another time, another dimension.

The thought that such a band, a ONE MAN band, could exist somewhere in South Carolina in the early eighties just proved to me that the underground had always been around, and would aways be around. It confirmed to me that visionaries wouldn't always be recognized during their time, if at all... but that everyone's time would come sooner or later. So I began to search out Mister Duane Warr to get the story behind this incredible musical entity, and to shed some light on another mystery in the history of underground music. So after much searching, it is an honor for me to present to you what may be the first Dwarr interview ever.

D/B 11+3 Interview with David Tibet of Current 93 - Digital in Berlin's HomeDigital in Berlin's Home. 11+3 is designed to give you an insight into the motivations and aspirations of the best creative minds in the world. This time with David Tibet of Current 93 . Each artist is asked 11 set questions and to contribute 3 “facts” which can be any statement from them on absolutely anything: their own views on politics, religion, the environment, sport…or just something they read in the paper or saw on TV. Current 93 is an eclectic British experimental music group, working since the early 1980s in folk-based musical forms. The band was founded in 1982 by David Tibet (David Michael Bunting, renamed ‘Tibet’ by Genesis P-Orridge sometime prior to forming the group). 1. Bloodstar. AN ORAL HISTORY OF AURAL HORROR: THE BIZARRE LEGACY OF CHRISTIAN DEATH Part 1 by Vincent Daemon. On the day of my 18th birthday (the 29th of December, 1992), a very close friend gave me a cheap and used cassette by some band with a great name, and of which we had never heard of before.

This band was called Christian Death; the album “The Decomposition Of Violets (live 1985).” It was like nothing I had never heard before, and not too dissimilar from what my own deathpunk band Age Of Desire, was doing at the time. We were the only two punks in our school. It was a bizarre time, music being our bond (one of many, still friends with Bill to this day), and our only escape. An Interview with Mario Panciera. Devil Doll - The World of Mr.Doctor. NOTE from the pagemaintainer: This interview has never been sent to me, nor to the previous pagemaintainer as far as I know. The interview is from mid-1996. "I have asked in the years to all the members of Devil Doll WHY He is called Mr. Doctor and I got three answers : - Mr (Hyde) Doctor (Jekyll) = He is the 2 sides of a split personality (this is what I personally think is the true reason) - Mr. Dr. is contraction of the word MURDER (without the vowels) (this looks to me a bit complicated, but it is just my opinion) - When Devil Doll started making music THE MAN was called nearly immediately THE DOCTOR because of His studies (I know He is Doctor in CRIMINOLOGY and PHILOSOPHY) (I think there is something of truth in this one, but looks probably simplistic) - I heard members of Devil Doll calling Him DOCTOR, never in a different way, and never MR.

DOCTOR". Devil Doll Interviews. Devil Doll - The World of Mr.Doctor. 1.Back in 1987, Devil Doll has started to operate. Would you please tell us the musical and lyrical concept when the project was formed. "At the time I was deeply caught by the silent cinema from the 20s and early 30s, especially Carl Dreyer’s Vampyr, the Tod Browning/Lon Chaney collaborations, and the visual masterpieces of Expressionism - Murnau’s Faust and Sunrise, Pabst’s The Love Of Jeanne Ney and Diary Of A Lost Girl and Dupont’s Variety.

I penned a long composition (which later was to be titled The Mark Of The Beast) which had a filmic structure, in the sense that the lyrics and the musical themes were developed as in a screenplay, without resurfacing anymore throughout the composition. At the same time, I decided to break the banks of musical genres, incorporating any kind of music which could better carve out and express the deepest feelings of the story. Mayfair - Interview, March 2013 - Metal Music Forum. In 1993, one of the most original progressive metal albums of the decade was released - namely, Mayfair's Behind. Hawkwind's influence on gothic/industrial music - Progressive Rock Music Forum.

Hawkwind's influence on gothic/industrial music - Progressive Rock Music Forum. Don't Fear The Reaper - Mick Mercer On Goth. The Music of the Goth Subculture: Postmodernism and Aesthetics - Charles Allen Mueller. Blue For Two - Is It Worth It? The A to X of Alternative Music - Steve Taylor. The Worst Of Heavy Metal: Wheelz Of Steel - Volume One. Industrial Metal. At first, "industrial" music meant rhythmically battering kitchen appliances with jackhammers. Later, it devolved into emaciated art-disco, until assorted reprobates added murderous metal guitar chug. Theatre of Ice - Witchcraft.

Peace Corpse - Raw Sewage. Morticia - D.O.A. DIE KREUZEN: Lean To It!... Albums by Asylum: Discography, songs, biography, and listening guide. Gothic Sex - Enigma. Best Free Podcasts. Head Bangers Ball 1994 On the road: Peaceville - At The Gates Anathema My Dying Bride. Soundgarden: Screaming Life / Fopp. ▶ Like Ice Like Fire The Executioners Song by robdingodowling. JESTERS OF DESTINY ~ Bruce Duff, Hollywood, CA, 2001. The Outcast. By Mike Coles Saviour Machine has been around since 1990 and has been working hard in establishing themselves here in the U.S., as well as in other parts of the world. Thanks to Massacre records helping them out with distribution, and excessive touring, they have gained a strong following in Germany and in other parts of Europe.