Kitchen - Museum of Science and Industry. [9:56 Hours] Train Journey to the Norwegian Arctic Circle, SUMMER [1080HD] SlowTV. ISS Columbus Research Laboratory GOOGLE Earth. Pripyat amusement park. The Abandoned Palace At 5 Beekman Street. Update 9/11/2013 – Been meaning to update for a while. 5 Beekman is NO LONGER AVAILABLE FOR FILMING, EVENTS, OR ANY OTHER RENTAL PURPOSE due to ongoing construction. 5 Beekman Street has a secret. 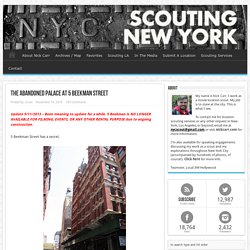 You’ve probably passed it a million times in your travels through downtown Manhattan. Certainly anyone who has ever visited J&R Row or hit the Starbucks on the opposite corner for a post-Brooklyn-Bridge-walk bathroom break has noticed its twin towers, and perhaps wondered how much its wealthy tenants pay to live behind its beautiful brick and terra-cotta facade. Except, 5 Beekman Street doesn’t have any tenants. In fact, it’s completely empty, essentially abandoned, and has been for a decade, with a portion of its interior shuttered since 1940… Until now. When you first go through the front doors, the lobby might strike you at first as nothing more than the gutted remains of an old building. And then you look up… …and up… …to the most beautiful atrium in New York City, over nine stories overhead…

The Titanic Guide To New York City. A few months ago, my girlfriend and I sat down to watch the best movie ever made about the Titanic – and no, I’m not referring to the one rereleased this past weekend in 3D… I think the world is divided into two camps: those who love James Cameron’s Hollywood epic, and those who never want to hear the word Titanic again because of it. 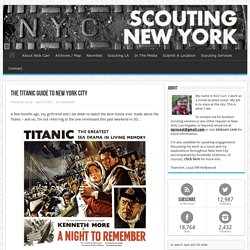 Regardless of where you fall, watch A Night To Remember, and I guarantee you’ll suddenly remember why the Titanic once held a sense of fascination for you. Scouting The Remains of Brooklyn’s Incredible Paramount Movie Theatre. In my travels through the city, I’ve driven down the northern end of Flatbush Avenue in Brooklyn roughly eight billion times… …and I have never once given a second thought to the nondescript office building at Dekalb, part of the Long Island University campus. 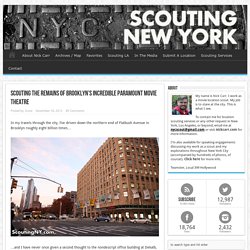 And I don’t think I ever would have if I hadn’t received this letter from a reader named Bernard. Hey Scout, love your site. Listen, when I was younger, much younger, I went to college at L.I.U. downtown in Brooklyn. I’m talking in the 50’s. Rumeli Hisari – Sarıyer, Turkey. The Fortress of Rumeli Hisari may not be Istanbul’s most popular tourist attraction, but the role it played in the city’s history is more than noteworthy. 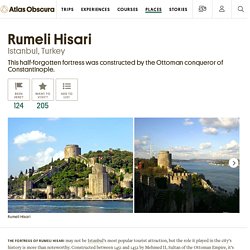 Constructed between 1451 and 1452 by Mehmed II, Sultan of the Ottoman Empire, it’s located on the European shores of the Bosphorus, often seen from afar via cruise ships. Seeking to besiege and capture Constantinople, Mehmed learned from his father’s previous attempts that naval strategies against the Byzantine fleet were crucial. He ordered the construction of a large-scale fortification that could control maritime traffic along the strait.

The location Mehmed chose for this new fortress was the narrowest point on the Bosphorus, where a Roman fortification was located that was once used by the Byzantines and the Genoese as a prison. Lekki Conservation Center – Lekki, Nigeria. I Visited 18 Countries Today, How about You? Virtually Wander & Weave through an Enchanting Odditorium of Curiosities. PEARL HARBOR GOOGLE Earth. Virtual tours: Windsor Castle. Pompei - Google Maps. Alcatraz Island, San Francisco, CA, United States. Take a virtual tour of Ramesses VI tomb. Watch the world's oldest board game, The Royal Game of Ur, being played Last year, in celebration of International Tabletop Day, the British Museum did several videos of Merlin the Magician, er… Irving Finkel, the Assistant Curator of Ancient Mesopotamian script, talking about and playing The Royal Game of Ur, an over 4-millennium-old game from Mesopotamia. 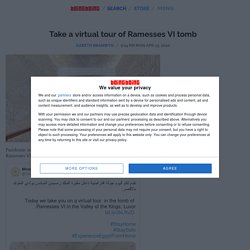 Finkel has spent the lion’s share of his life trying to decipher […] Foundations of early Shakespeare theater uncovered Foundations of the Curtain Theater, where Shakespeare performed early in his stage career, were uncovered by developers in Shoreditch, London. And they come with a surprise: they’re rectangular, not the expected oval shape.

Five-thousand-year-old Egyptian tomb opens for virtual tour. Say what you like about lockdown, it encourages exploration. 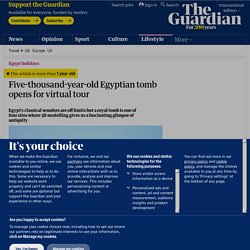 This week the Egyptian Tourist Board invited the world into the 5,000-year-old tomb of Queen Meresankh III: free entry instead of the usual charge of 50 Egyptian pounds (around £2.50) and not a single tour group jostling for space. The tour is one of four virtual trips of historic Egyptian sites being promoted during lockdown. Beefed up with 3D modelling by Harvard University, this is true vicarious travel, offering a tangible sense of one of the finest tombs in antiquity plus information and computer reconstructions at a click.

Just crank the central heating up to max for desert realism. Images capture the ancient and modern wonders of 1800s Egypt.