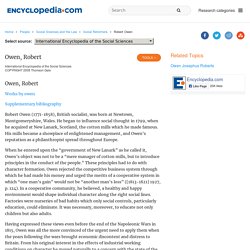 He began to influence social thought in 1799, when he acquired at New Lanark, Scotland, the cotton mills which he made famous. His mills became a showplace of enlightened management, and Owen’s reputation as a philanthropist spread throughout Europe. Prim, Juan. Prim, Juan (hwän prēm) [key], 1814–70, Spanish general and statesman. 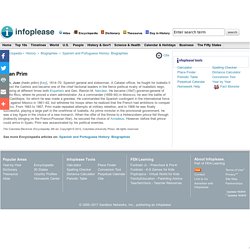 A Catalan officer, he fought for Isabella II against the Carlists and became one of the chief factional leaders in the fierce political rivalry of Isabella's reign, opposing at different times both Espartero and Gen. Ramón M. Narváez. He became (1847) governor-general of Puerto Rico, where he proved a stern administrator. 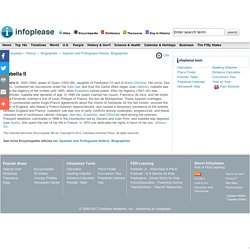 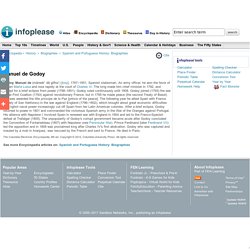 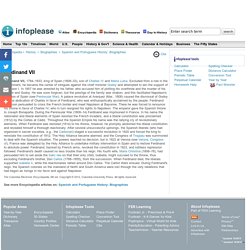 Excluded from a role in the government, he became the center of intrigues against the chief minister Godoy and attempted to win the support of Napoleon I. In 1807 he was arrested by his father, who accused him of plotting his overthrow and the murder of his mother and Godoy. He was soon forgiven, but the prestige of the family was shaken, and this facilitated Napoleon's invasion of Spain (see Peninsular War). Karl Marx - Mini Biography. Jean-Jacques Rousseau - Biography - Philosopher, Songwriter. Maximilien de Robespierre - Philosopher, Government Official, Journalist, Scholar, Judge, Activist, Lawyer. Maximilien de Robespierre was an official during the French Revolution and one of the principal architects of the Reign of Terror. 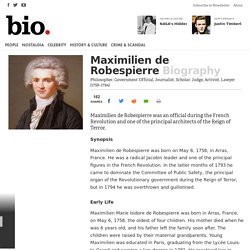 Synopsis Maximilien de Robespierre was born on May 6, 1758, in Arras, France. He was a radical Jacobin leader and one of the principal figures in the French Revolution. In the latter months of 1793 he came to dominate the Committee of Public Safety, the principal organ of the Revolutionary government during the Reign of Terror, but in 1794 he was overthrown and guillotined. Marquis de Lafayette - Military Leader. Frenchman Marquis de Lafayette fought in the American Revolutionary War and helped shape France's political structure before and after the French Revolution. 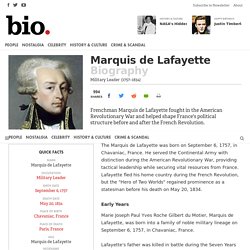 Synopsis The Marquis de Lafayette was born on September 6, 1757, in Chavaniac, France. He served the Continental Army with distinction during the American Revolutionary War, providing tactical leadership while securing vital resources from France. Lafayette fled his home country during the French Revolution, but the "Hero of Two Worlds" regained prominence as a statesman before his death on May 20, 1834.

Early Years. Biography. Louis XVI - Biography - King. Louis XVI was the last king of France (1774–92) in the line of Bourbon monarchs preceding the French Revolution of 1789. 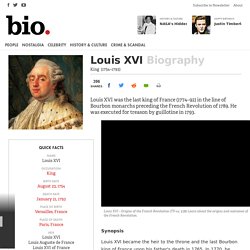 He was executed for treason by guillotine in 1793. Synopsis Louis XVI became the heir to the throne and the last Bourbon king of France upon his father's death in 1765. In 1770, he married Austrian archduchess Marie-Antoinette, the daughter of Maria Theresa and Holy Roman Emperor Francis I. After a slew of governing missteps, Louis XVI brought the French Revolution crashing down upon himself, and in 1793 he was executed. Napoleon - Emperor, Military Leader. Napoleon Bonaparte was a military general who became the first emperor of France. 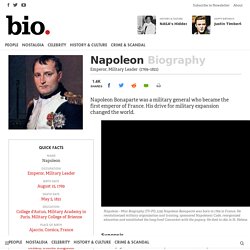 His drive for military expansion changed the world. Synopsis Military general and first emperor of France, Napoleon Bonaparte was born on August 15, 1769, in Ajaccio, Corsica, France. One of the most celebrated leaders in the history of the West, he revolutionized military organization and training, sponsored Napoleonic Code, reorganized education and established the long-lived Concordat with the papacy.