Btlas.png by Yannick Garcia. Natural Language Form. Morphing Devices. The last two devices may be rotated by hovering and clicking the rotate button. 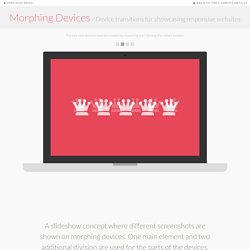 A slideshow concept where different screenshots are shown on morphing devices. One main element and two additional division are used for the parts of the devices, along with some pseudo-elements and the image anchor. Blueprint: Quotes Rotator. 3D Restaurant Menu Concept. Vertical Showcase Slider with jQuery and CSS Transitions. Bernhard With restful springiness in the seat; prevents static sitting and provides enhanced seating comfort. 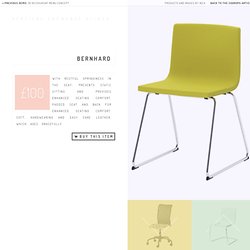 Padded seat and back for enhanced seating comfort. Soft, hardwearing and easy care leather, which ages gracefully. Buy this item Tobias For increased stability, re-tighten the screws about two weeks after assembly. Buy this item Pöang Frame made of layer-glued bent birch; a very strong and durable material. 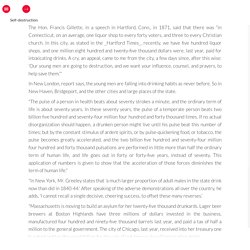 Francis Gillette, in a speech in Hartford, Conn., in 1871, said that there was "in Connecticut, on an average, one liquor shop to every forty voters, and three to every Christian church. In this city, as stated in the _Hartford Times_, recently, we have five hundred liquor shops, and one million eight hundred and twenty-five thousand dollars were, last year, paid for intoxicating drinks. In New London, report says, the young men are falling into drinking habits as never before. It's More Fun in the Philippines » Boracay. Any iconic photos of Boracay you’ve seen are likely to be from the westward-facing White Beach — four kilometers of white, powdery fine sand dotted with resorts, shops, and restaurants. 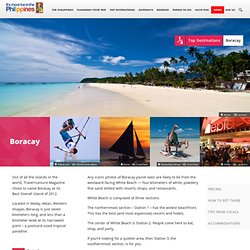 White Beach is composed of three sections. The northernmost section – Station 1 – has the widest beachfront. This has the best (and most expensive) resorts and hotels. The center of White Beach is Station 2. Illinois Poison Center. Nifty Modal Window Effects. Animated Books with CSS 3D Transforms - Demo 1. 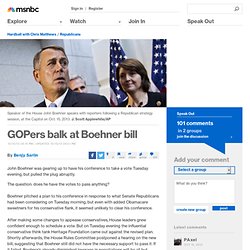 The question: does he have the votes to pass anything? Boehner pitched a plan to his conference in response to what Senate Republicans had been considering on Tuesday morning, but even with added Obamacare sweetners for his conservative flank, it seemed unlikely to clear his conference. After making some changes to appease conservatives, House leaders grew confident enough to schedule a vote. But on Tuesday evening the influential conservative think tank Heritage Foundation came out against the revised plan. Shortly afterwards, the House Rules Committee postponed a hearing on the new bill, suggesting that Boehner still did not have the necessary support to pass it.

Congress is now no closer to a deal than they were this weekend. “We felt blindsided by the news from the House,” Harry Reid said on the Senate floor. Want Authentic Connection? Stop Talking, And Start Listening. The 200 Best Tracks of the Decade So Far (2010-2014) A short and inconclusive list of rappers who have written tracks in the past five years simply to channel the swagger and/or wealth of a single famous person include Rick Ross (“MC Hammer”), Lil Wayne (“Bill Gates”), Kendrick Lamar (“Michael Jordan”), Killer Mike (“Ric Flair”), Mac Miller (“Donald Trump”), and, of course, Lil B (“Ellen Degeneres,” “Justin Bieber,” “Bill Bellamy,” “Charlie Sheen,” “Dr. 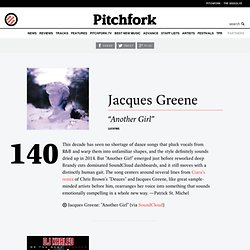 Phil”—let’s just stop there). But the absolute apex of this bubble was A$AP Ferg’s “Shabba”, an ode to the bejeweled '90s dancehall singer. Ferg doesn’t expand this fleeting microgenre so much as he perfects it with a chorus that has the spot-on rhythmic pitter-patter of a playground chant, a zombie herd’s mantra, or, most vividly to me, an extremely catchy carol. Taplytics. Snowbird Home. Travel Alberta Tripplanner. Venables Bell & Partners. Do We Really Need Managers? Ryan Carson was presenting his company’s latest numbers to investors when he broke the big news. 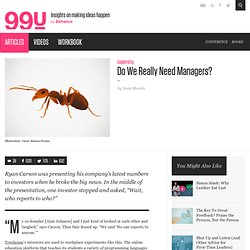 In the middle of the presentation, one investor stopped and asked, “Wait, who reports to who?” “My co-founder [Alan Johnson] and I just kind of looked at each other and laughed,” says Carson. Then they fessed up. “We said ‘No one reports to anyone.’” Treehouse’s investors are used to workplace experiments like this.

Instead of advancing the company using top-down directives from leadership, the company organizes around projects proposed by employees using collaboration software. It sounds crazy, but it’s a growing trend in business. Since switching to the no-manager structure, Treehouse co-founder Ryan Carson says he gets less than 20 emails a day and believes worker morale has skyrocketed. Blueprint: Responsive Icon Grid. Ask me anything - collecteD. Simple free learning tools for students and teachers.