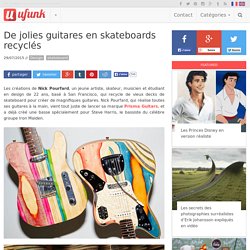 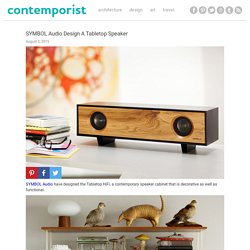 About the speaker cabinet The Tabletop HiFi is an amplified speaker cabinet that delivers a pure, rich sound from any audio source. Designed by SYMBOL audio along with industry leading sound engineers, the Tabletop HiFi incorporates two 4” high efficiency full range drivers with titanium cones and a down firing 5 1/4” subwoofer for a full, deep bass response. A high efficiency 2.1 channel Class D amplifier with a 1/8″ stereo “Mini-Jack” allows you to choose your audio input. As technologies change, you can adapt with them to play high quality audio for years to come. It also has a Belkin Wireless Bluetooth Receiver, that allows you to stream wirelessly from any bluetooth enabled device. Quell & Company designs iPhone dock to be "at home in the home" American brand Quell & Company has referenced Scandinavian home design for its first product: a docking station made from white oak, Merino wool felt and a metal base (+ movie). 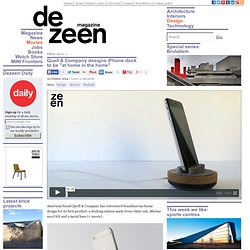 Quell & Company's swivelling Spool Dock works as both a charging dock and cable manager. The dock is compatible with the iPhone 5c and later editions, as well as the iPad mini and fifth-generation iPod touch. Conscious that the dock would be on show in a home environment, the brand's co-founder Jeremy Saxton wanted to create something more in keeping with interior design than technology design. "Most tech accessories try to mimic the devices they hold, but knowing that a dock is only used for a small fraction of the day I wanted to create an object that felt at home in the home," he told Dezeen. 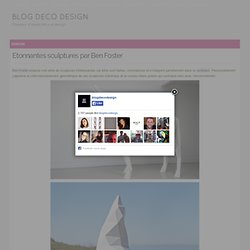 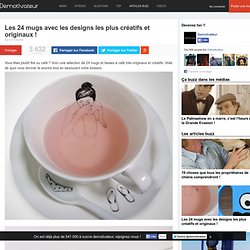 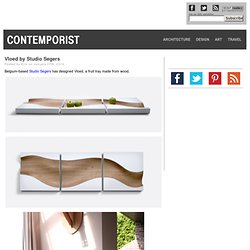 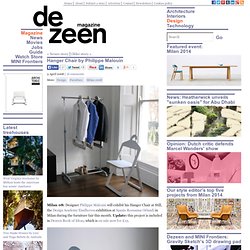 Update: this project is included in Dezeen Book of Ideas, which is on sale now for £12. Tent Sofa by Philippe Malouin for Campeggi. Milan 09: London designer Philippe Malouin has designed a sofa-bed that converts into a tent-like shelter for Italian brand Campeggi. 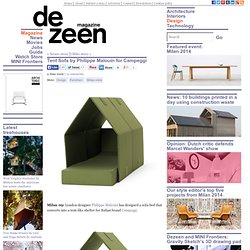 Upholstered in green fabric intended to evoke military tents, the arms of the Tent Sofa can be unfolded to create walls and a pitched roof around the extended mattress. The chair was on show at the Salone Internazionale del Mobile in Milan during April. See all our stories from Milan 09 in our special category. Skinni by Adrien Rovero. A collection of toys made from leather offcuts by Swiss designer Adrien Rovero is on show as part of Passionswege at Vienna Design Week this month. 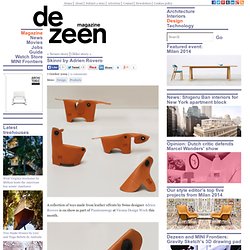 The Passionswege project pairs young designers with traditional Viennese businesses and stores. Rovero made the toys, called Skinni, in collaboration with leather manufacturer Thomas Posenanski. Scrap pieces of leather are cut using a computer-controlled machine, folded into animal shapes and secured with rubber fastenings. Rovero says the project aims to symbolically turn waste material derived from animals back into animals.

Vienna Design Week continues until 11 October. Dark Side collection of 3D printed vessels by Michaël Malapert. The faceted forms of these 3D-printed wireframe bowls and vessels by French designer Michaël Malapert are inspired by the Japanese art of origami. 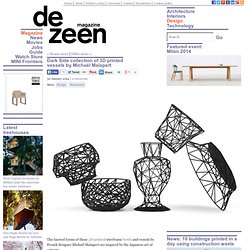 The bowl, plate, vase, candle holder and desktop container are based on archetypal forms, which are subjected to a digital process that turns the surfaces into faceted shapes. Malapert said the folded paper forms produced by experts in origami influenced the angular geometry of the designs, which are reduced to a structural outline. "[The] Dark Side creations are inspired by numerical modelling softwares reinterpreting and focusing on origami know how," explained Malapert. "Only the graphic skeleton of the object is maintained, while the material is reduced to the minimum. " The products can be used as containers, lanterns or ornamental centrepieces. Mathieu Lehanneur wraps Hybrid radio for Lexon in woven rattan.

Maison&Objet 2014: French designer Mathieu Lehanneur has wrapped a pattern of woven rattan around one side of this radio for design brand Lexon, which is on show at the Maison&Objet trade fair that begins today in Paris. Ladder by Charlie Styrbjörn Design. London Design Festival 2013: Gothenburg designer Charlie Styrbjörn will present a ladder with curving linked rungs during the London Design Festival next month.

Working under Charlie Styrbjörn Design, the designer steam-bent sections of solid wood to maintain the direction of the grain along the shaped sections. "I wanted to create a unique ladder for interior use with a high decorative value but still functioning as a good ladder should," said Styrbjörn. Treads are flat at the centre, but curve up on alternate sides as they rise to create a continuous line between the two long poles either side. Stained black or left natural, the ladders are not currently in production but will be exhibited at the Tent London exhibition as part of next month's London Design Festival. Photos are by Jonas Lindstedt.

Terrace2 by Galeazzo Design. Galeazzo Design have designed the interior of Terrace2 in São Paulo, Brazil. From the designers: With 88m² the space has a lot of colors and its inspiration comes from the crossing of the east (orient) and west (occident) cultures, in a contemporary way. With the segmented painting on the walls and roof, the designer aims to breake the place amplitude in a bold and irreverent way, that reminds the origami’s folding. Bamboo furniture, lacquer and hardwood, traditional references to China flow over the high-tech bamboo floor and contrast with the extravagant wallpaper printed with stylized golden dragons.