It’s no secret there are countless women whose work to make our country a better place has gone unnoticed. 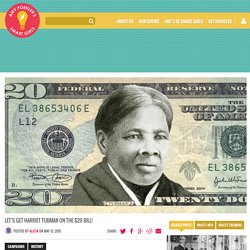 It was on the backs of women like Harriet Tubman, Wilma Mankiller, Eleanor Roosevelt, and Rosa Parks’ noble work that this country built its currency of goodwill. The Titan Series by Ray Wehrs. Elegy for a Dead World: A Game About Writing Fiction by Dejobaan Games. In Elegy for a Dead World, you travel to distant planets and create stories about the people who once lived there. 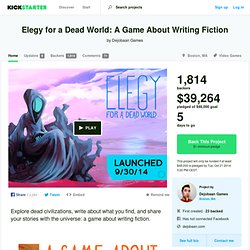 Three portals have opened to uncharted worlds. Earth has sent a team of explorers to investigate them, but after an accident, you are the sole survivor. Your mission remains the same: survey these worlds and write the only accounts of them that outsiders will ever know. The game is now in development, and will launch in the first quarter of 2015 for Windows, Mac, and Linux on Steam. Photo by mattieuhorak. GeekBombshells : We're about to go LIVE for ... Geeks Unleashed: Julian Curtis. Legend of Grimrock: The Series by Wayside Creations. We've officially surpassed our 100k goal, which means the Legend of Grimrock series is a go. 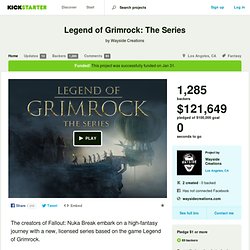 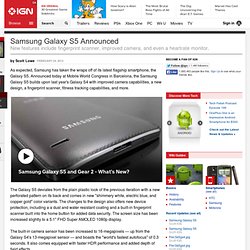 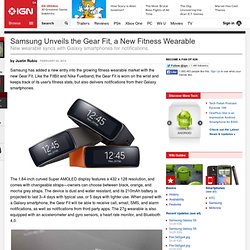 Like the FitBit and Nike Fuelband, the Gear Fit is worn on the wrist and keeps track of its user's fitness stats, but also delivers notifications from their Galaxy smartphones. The 1.84-inch curved Super AMOLED display features a 432 x 128 resolution, and comes with changeable straps—owners can choose between black, orange, and mocha grey straps. The device is dust and water resistant, and its 210mAh battery is projected to last 3–4 days with typical use, or 5 days with lighter use. When paired with a Galaxy smartphone, the Gear Fit will be able to receive call, email, SMS, and alarm notifications, as well as notifications from third party apps. The 27g wearable is also equipped with an accelerometer and gyro sensors, a heart rate monitor, and Bluetooth 4.0. Discover your first Tweet.

Tonniecat : This is the person we celebrate... Scirens : .@Rileah made a signature drink... Game of Thrones Will End With Season 7 or Season 8. Game of Thrones will likely end after seven or eight seasons, according to the TV show's creators. 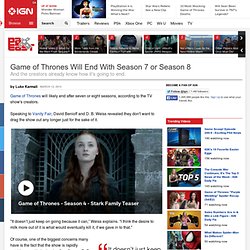 Speaking to Vanity Fair, David Benioff and D. B. Weiss revealed they don't want to drag the show out any longer just for the sake of it. New Apple iWatch Concept Showcases Stunning Circular Design. Moyano says he is inspired not by the miniaturization of technology, as would appear in the Apple iWatch, as much as the ability to do more with such a device. 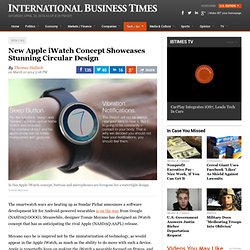 Apple is reportedly keen on making the iWatch a wearable focused on fitness, and Moyano says his concept removes holes and buttons for a more water- and dust-resistant design. Moyana says he reads "a lot about technology and new devices," and watched intently as Samsung, Sony and LG released their smartwatches in the past few weeks. Apple Celebrates 30 Years of Mac in New Video. Photos of Purported iPhone 6 Leak. The rumor mill may be working overtime with buzz about Apple's next-generation Apple TV, but images posted today have sparked interest in another upcoming product: the iPhone 6. 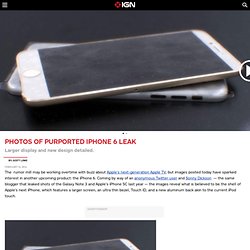 Coming by way of an anonymous Twitter user and Sonny Dickson — the same blogger that leaked shots of the Galaxy Note 3 and Apple's iPhone 5C last year — the images reveal what is believed to be the shell of Apple's next iPhone, which features a larger screen, an ultra thin bezel, Touch ID, and a new aluminum back akin to the current iPod touch. Image Credit: @mornray886 The leaks align with previous reports that Apple would increase the iPhone's screen size to 4.8-inches, up from the iPhone 5S' current 4-inch display. While certainly compelling evidence, it's important to remember that the iPhone 5S shipped roughly 5 months ago and its successor isn't expected until September or October of this year — assuming it sticks to its annual release schedule. Photos of Purported iPhone 6 Leak. Apple's iOS 8 Will Reportedly Overhaul Maps. Apple is planning a notable overhaul to the Maps app with iOS 8, according to sources with 9to5Mac. 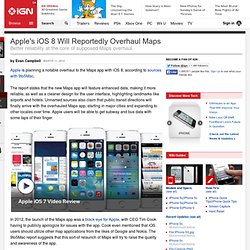 The report states that the new Maps app will feature enhanced data, making it more reliable, as well as a cleaner design for the user interface, highlighting landmarks like airports and hotels. Unnamed sources also claim that public transit directions will finally arrive with the overhauled Maps app, starting in major cities and expanding to other locales over time. Apple users will be able to get subway and bus data with some taps of their finger.

In 2012, the launch of the Maps app was a black-eye for Apple, with CEO Tim Cook having to publicly apologize for issues with the app. Cook even mentioned that iOS users should utilize other map applications from the likes of Google and Nokia. Along with the upgraded Maps app, Apple is reportedly working on a health and fitness platform for iOS 8, including the fabled iWatch. For more on iOS 8 and Apple products, stay tuned to IGN. Space Janitors LIVE! - A Crew's Hope.