“We Are Far From Where We Want To Be” — An Exploration Into Mental Health in Academia. Social media platforms receive significant scrutiny, often vilified for driving humans apart and creating a sense of "disconnectedness" in the real world. 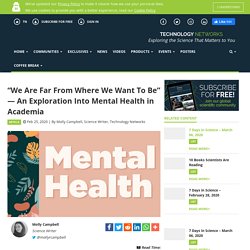 Unarguably there’s a level of truth to this notion. However, for one community, social media – and one platform in particular – are helping to create a pertinent conversation. The community? Research and academia. The conversation? "I do think Twitter makes it easy for people to freely and openly discuss mental health, and the frequency of #MentalHealth and #MentalHealthAwareness tags is indicating that this is in fact true," OpenAcademics tell me.OpenAcademics is a Twitter account that has been created with the aim of promoting a healthier academic culture.

I've witnessed many individuals utilizing these platforms as an outlet to share their personal experiences with mental health in academia. Exploring the extent of the (global) problem A plethora of research has cast a spotlight on the gravity of mental health issues in academia. 1. Everything Wrong With Taleb's IQ Blog Post - Captain Barf's - Lexic.

Swanning about: Fooled by Algebra?, by James Thompson. Nassim Nicholas Taleb has tweeted a set of remarks about intelligence research. 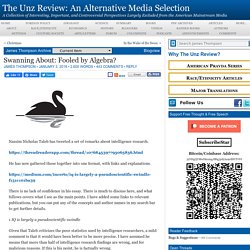 He has now gathered those together into one format, with links and explanations. There is no lack of confidence in his essay. There is much to discuss here, and what follows covers what I see as the main points. I have added some links to relevant publications, but you can put any of the concepts and author names in my search bar to get further details. : Taleb is wrong about IQ. Introduction In this post I look into the document by Nassim Taleb: IQ is largely a pseudoscientific swindle. 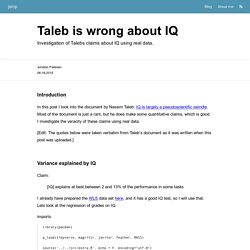 Most of the document is just a rant, but he does make some quantitative claims, which is good. I investigate the veracity of these claims using real data. [Edit: The quotes below were taken verbatim from Taleb’s document as it was written when this post was uploaded.] Variance explained by IQ. Replies to Taleb – Clear Language, Clear Mind. Since people keep asking about this, yes, there are several lengthy replies to Nassim Taleb’s anti-IQ piece from January 2019 “IQ Is Largely a Pseudoscientific Swindle“. 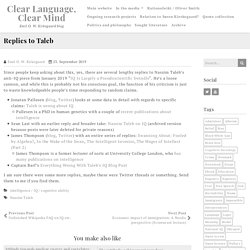 He’s a loose cannon, and while this is probably not his conscious goal, the function of his criticism is just to waste knowledgeable people’s time responding to random claims. (69) (PDF) Fooled by Correlation: Common Misinterpretations in Social "Science" IQ is largely a pseudoscientific swindle - INCERTO - Medium. 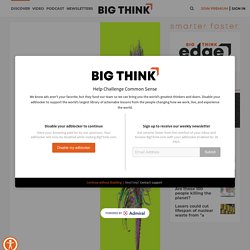 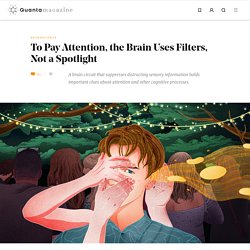 We can spot a set of keys in a sea of clutter, or register a raccoon darting into the path of our onrushing car. Somehow, even with massive amounts of information flooding our senses, we’re able to focus on what’s important and act on it. To Pay Attention, the Brain Uses Filters, Not a Spotlight. Seizing the Means of Knowledge Production - Heterodox Academy.

“The appeal to ‘social justice’ has by now become the most widely used and most effective argument in political discussion. 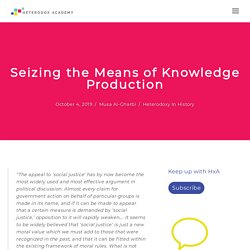 Almost every claim for government action on behalf of particular groups is made in its name, and if it can be made to appear that a certain measure is demanded by ‘social justice,’ opposition to it will rapidly weaken…. E pour être honnête ? Trop Militant•e. 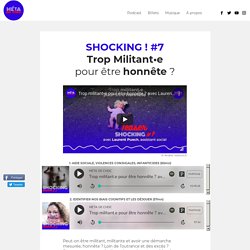 Why intelligent people suffer more mental disorders. People with high IQ are considered to have an advantage in many domains. 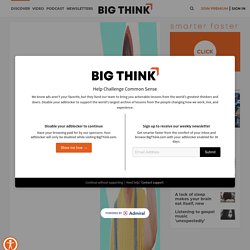 They are predicted to have higher educational attainment, better jobs, and a higher income level. Yet, it turns out that a high IQ is also associated with various mental and immunological diseases like depression, bipolar disorder, anxiety, ADHD as well as allergies, asthma, and immune disorders. Why is that? A new paper published in the journal Intelligence reviews the literature and explores the mechanisms that possibly underlie this connection. 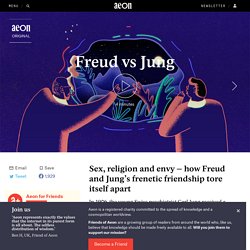 This Email Newsletter Privacy Statement pertains to the personally identifying information you voluntarily submit in the form of your email address to receive our email newsletters More generally, when visiting the Aeon site you should refer to our site Privacy Policy here. This Email Newsletter Privacy Statement may change from time to time and was last revised 5 June, 2018. By clicking ‘Subscribe’ you agree to the following: We will use the email address you provide to send you daily and/or weekly email (depending on your selection). Unsubscribing You can change your mind at any time by clicking the ‘unsubscribe link’ in the footer of emails you receive from us, or by contacting us at support@aeon.co Security of your personal information.

Getting Free Of Self-Importance Is The Key To Happiness: Polly Young-Eisendrath at TEDxMiddlebury. Piaget's Theory of Cognitive Development. Metacognitive Failure as a Feature of Those Holding Radical Beliefs: Current Biology. An unjustified certainty in one’s beliefs is a characteristic common to those espousing radical beliefs [ Ortoleva P. Snowberg E. Overconfidence in political behavior.

Am. Can’t get a thought to stop? It’s a white bear problem. The "white bear problem" describes that situation in which we can't stop thinking about something no matter how hard we try. Your mental process at such times pits two parts of your brain against each other. Research support a few ways to exit this maddening hamster wheel. It's four hours before you need to get up, and the dog barks at a squirrel outside the window.

Down goes the blind, back to sleep goes the dog, but there you lie, sleepless, your wheels spinning madly, obsessing over that thing. You simply can't stop thinking about it, and you need to sleep. How can you ever get back to the sleep you so badly need? The white bear problem. How non-industrial cultures view mental illness. Behaviors considered mental illnesses by western psychology are seen differently — even positively — in so-called "primitive" societies. Future - Has humanity reached ‘peak intelligence’? You may not have noticed, but we are living in an intellectual golden age. Since the intelligence test was invented more than 100 years ago, our IQ scores have been steadily increasing. Even the average person today would have been considered a genius compared to someone born in 1919 – a phenomenon known as the Flynn effect.

Your Brain Isn't a Computer — It's a Quantum Field.

Related:  How to Be an Emotionally & Socially Intelligent Leader   -  Too Much Screen Time for Pre-adolescent Children   -  Politique / Socio   -  matthieudubrulle   -  Education   -  Enterprise