KungFu vs. Yoga. Even more bets you will always win (ALL NEW) Science! Smart1.jpg (JPEG Image, 358 × 475 pixels) Untitled Document. The Plot of Every Story. Stupid People - Marketing for Women. Flight of the Conchords - Bret, you've got it going on. The Best Of "Whose Line Is It Anyway". Cool French kid does whatever he wants because his mom said it was OK. 4 Bizarre Experiments That Should Never Be Repeated. By Megan Wilde 1. 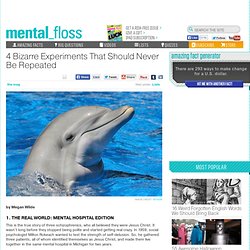 The Real World: Mental Hospital Edition This is the true story of three schizophrenics, who all believed they were Jesus Christ. It wasn’t long before they stopped being polite and started getting real crazy. In 1959, social psychologist Milton Rokeach wanted to test the strength of self-delusion. Rokeach hoped the Christs would give up their delusional identities after confronting others who claimed to be the same person. Unable to turn the other cheek, the three Christs often argued until punches were thrown.

But the behavior of the schizophrenics isn’t even the most bizarre part. As part of the experiment, the psychologist wanted to see just how entrenched each man’s delusions were. At the end of their two-year stay, each man still believed he was the one and only son of God. Ultimate “That’s what she said” news montage. Perfect Man/Woman. Once upon a time, a perfect man and a perfect woman met. 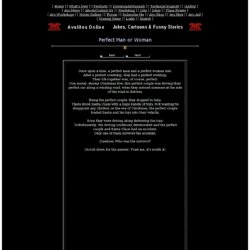 After a perfect courtship, they had a perfect wedding. Their life together was, of course, perfect. One snowy, stormy Christmas Eve, this perfect couple was driving their perfect car along a winding road, when they noticed someone at the side of the road in distress. Being the perfect couple, they stopped to help. There stood Santa Claus with a huge bundle of toys. Soon they were driving along delivering the toys. Unfortunately, the driving conditions deteriorated and the perfect couple and Santa Claus had an accident. The most EPIC ad ever made: Vytautas Mineral Water! It's Earth's Juice! The Gentlemen's Rant: iPad. Random funny pictures. Timeline of Failed Predictions (Part 1)

What I especially love about bad predictions and prophets of doom is that they both highlight the danger of extrapolating from a single trend or from seeing the world with a single lens. 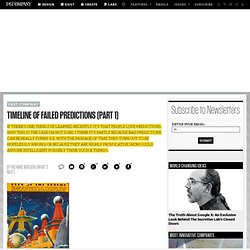 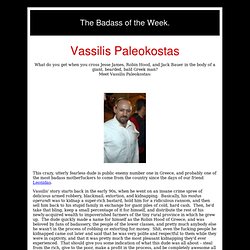 Meet Vassilis Paleokostas: This crazy, utterly fearless dude is public enemy number one in Greece, and probably one of the most badass motherfuckers to come from the country since the days of our friend Leonidas. Vassilis' story starts back in the early 90s, when he went on an insane crime spree of delicious armed robbery, blackmail, extortion, and kidnapping. Basically, his modus operandi was to kidnap a super-rich bastard, hold him for a ridiculous ransom, and then sell him back to his stupid family in exchange for giant piles of cold, hard cash. Random funny pictures. Home Upload. How Long Does a Queen Last?

Funny-cat-meme-chem8.jpg (JPEG Image, 234×310 pixels) CRAZY BABBLING BABY! Tim Minchin - The Song For Phil Daoust. Math doesn't suck, you do. Every time I hear someone say "I suck at math," I immediately think he or she is a moron. 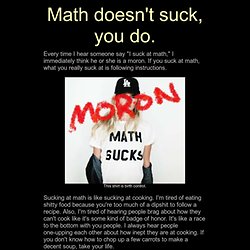 If you suck at math, what you really suck at is following instructions. This shirt is birth control. Sucking at math is like sucking at cooking. I'm tired of eating shitty food because you're too much of a dipshit to follow a recipe. Also, I'm tired of hearing people brag about how they can't cook like it's some kind of badge of honor. Math is exactly like cooking: just follow the recipe. Math isn't some voodoo that only smart people understand. Theoretical math is cool as shit. We love Russia. Horrible Cards for Valentine's Day. 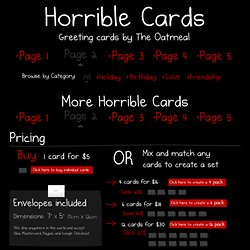 The Page Turner. Fun fun fun fun - clikr. 35jpsd.jpg (JPEG Image, 395×437 pixels) 8 Everyday Words With X-Rated Origins. "Hey, that plant there is kind of shaped like my balls," is something that you're really not allowed to say in polite society. 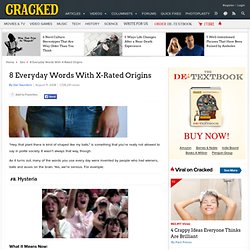 It wasn't always that way, though. As it turns out, many of the words you use every day were invented by people who had wieners, balls and asses on the brain. Yes, we're serious. For example: What It Means Now: An over emotional reaction, chaos, a Def Leppard album. The Dirty History: The term comes from the Greek "Hystera," which means womb or ovary, which also gives us the term hysterectomy.

That image shows the so-called "water massage" that was used to treat the condition. A type of flower. At some point in history a botanist was looking at what is widely considered to be the most beautiful flower in existence when he noticed that the roots sort of looked like balls. Logic-thinker-Explained.jpg (JPEG Image, 460×4150 pixels) Funny Accidents - Kung Fu Accidents. Horrible Cards.