Sans titre. Roz Barr's modern pool house in the Sierra Nevada. This pool house nestled among trees on the estate of a farmhouse in Spain's Sierra Nevada region is flanked by dry stone walls and has a turf roof that helps it merge with the landscape (+ slideshow). 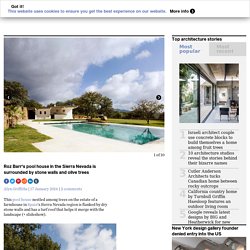 The Modern Pool House is positioned on a terraced site below a driveway leading to the main house, and was designed by Roz Barr Architects to accommodate an outdoor kitchen and changing facilities. Using the landscape and traditional Spanish architecture as its primary influences, the project combines vernacular construction techniques with a whitewashed shuttered-concrete form. "I knew instantly from a site visit that we had to respect both the local craftspeople and means of construction as well as the landscape and climate," Rozz Barr told Dezeen. "This is not about monumental Minimalism with pure white structures sited in the landscape, but about something that evolves from the ground.

" Limestone slabs surround the pool and form a path that connects it with the nearby building. Suffolk barn transformed into bed and breakfast by Blee Halligan Architects. Bedrooms inside this barn conversion extension in the English countryside are defined by the peaks of a sawtooth roof, which Blee Halligan Architects added during the building's renovation. 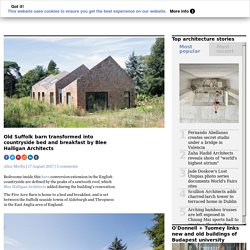 The Five Acre Barn is home to a bed and breakfast, and is set between the Suffolk seaside towns of Aldeburgh and Thropness in the East Anglia area of England. The owners of the property previously lived in Peckham, south-east London, but sold their house to start a life in the countryside. After finding the old barn, the pair commissioned Blee Halligan Architects to transform it into a property that could become their home as well as serving as guest accommodation.

"The client brief was for internal refurbishment of the existing barn, which would be converted to house a communal living space, open-plan kitchen and owner's accommodation," said the practice, which is based in London and the Caribbean island of Providenciales. Photography is by Sarah Blee. Reforma da Casa Terraço / O2 Design Atelier. Reforma da Casa Terraço / O2 Design Atelier Arquitetos Localização Sungai Buloh, Selangor, Malásia Ano do projeto 2015 Fotografias Do arquiteto. 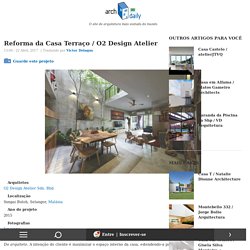 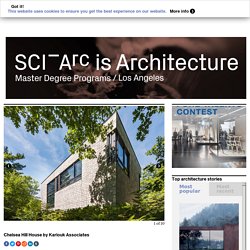 Architect Paul duBellet Kariouk describes the arrangement as a "basket-weave" and it explains how it "takes a very coarse industrial material and makes something graceful out of it. " "We came up with this pattern by buying a stack of the blocks and just playing with them in the office," DuBellet Kariouk told Dezeen. Munarq transforms an old farmhouse into a studio in Mallorca. Tasked with creating a painting studio for an artist in rural Mallorca, local studio Munarq has overhauled a crumbling farmhouse and added a stone-walled extension (+ slideshow). Architect Pau Munar Comas, one of the two Munarq founders, was asked by artist Dolors Comas to create a work and exhibition space for her amongst the wheat fields outside the small town of Pla de na Tesa.

Studio Weave builds zinc-armoured art studio above a brook. Described as a "lovechild of rock and manor", this rural artist's cabin by Studio Weave features a twin-gabled form, and a zinc facade embossed with diamonds and crosses (+ slideshow). 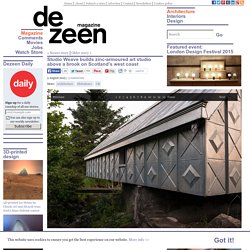 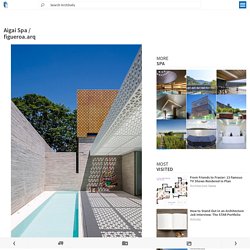 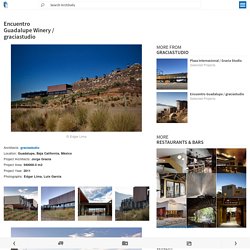 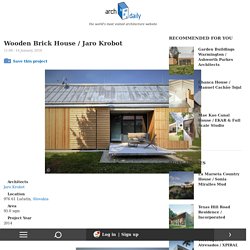 The house is built in Lučatín, a small village in central part of Slovakia. This fragile environment has clearly set the limits and inputs – volume of building, scale, urbanism of village, wood as a material – both structural and visual. There has been an older brick house standing on the site of the new house. Demolition of an old wooden barn in the rear of the property was not an easy decision, although it opened up a whole new view into the natural surrounding without disturbing the rhythm of street. House layout is a variation on the local traditional building – tree main spaces (- front room as a living area, kitchen in the middle, the back room - bedroom), connected by site corridor (called gang).