How Can A Tarot Card Reading Help Me? Tarot Cards are made up of seventy-eight cards or more. 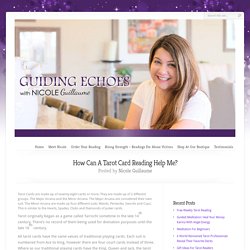 They are made up of 2 different groups. The Major Arcana and the Minor Arcana. Beliefs: the good, the bad, and the smelly. How can we tell good beliefs from bad, helpful from hurtful? 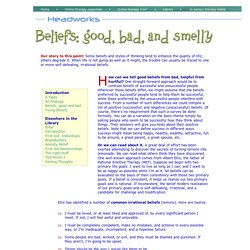 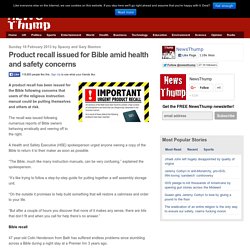 The recall was issued following numerous reports of Bible owners behaving erratically and veering off to the right. A Health and Safety Executive (HSE) spokesperson urged anyone owning a copy of the Bible to return it to their maker as soon as possible. Help. 30 Self-Help Books That Permanently Changed My Life. IQ Matrix — IQ Matrix. 20 Things I Should Have Known at 20. What Do Humanists Believe? August 1992 Existence Humanists do not believe in God. 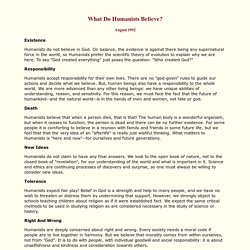 On balance, the evidence is against there being any supernatural force in the world, so Humanists prefer the scientific theory of evolution to explain why we are here. To say "God created everything" just poses the question: "Who created God? " Responsibility Humanists accept responsibility for their own lives. Death. 100 Things Every 20-Something Needs To Realize In 2015. Every new year we make promises to ourselves to make significant changes in our lives in the upcoming 365 days. 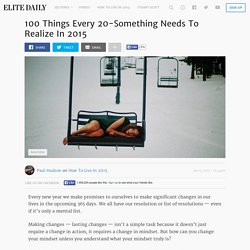 9 Steps to Help Youth Activate Their Dreams and Aspirations. Leave a Comment Posted on September 18, 2014 by Jimmy Newson I recently co-hosted a Kickstarter launch party for our documentary film, A Billion Entrepreneurs, in Dallas and New York City. 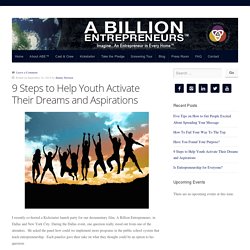 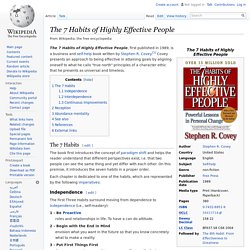 Covey.[1] Covey presents an approach to being effective in attaining goals by aligning oneself to what he calls "true north" principles of a character ethic that he presents as universal and timeless. The 7 Habits[edit] The book first introduces the concept of paradigm shift and helps the reader understand that different perspectives exist, i.e. that two people can see the same thing and yet differ with each other. What are signs that a church is becoming secular? 25 Best Books on Self-Improvement You Need to Read Before You Die. I remember the first time I got my hands on a self-improvement book. 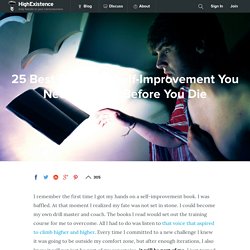 I was baffled. New Year, new you: what are the best self-help books? Great for emotional and career dilemmas. 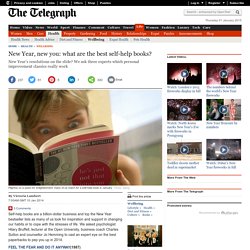 Might feel glib if you have serious emotional problems. Aria E. Appleford. 5 Steps to Getting Unstuck and Pursuing Your Goals. Jordan English Gross is the Founder/COO of Saber Seven, a new media company developing sites like Dorthy.com connecting people with content. 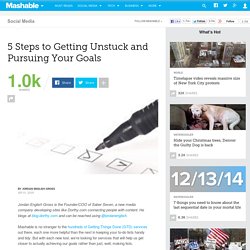 This approach works towards helping people increase their emotional and cognitive regulation by learning about the triggers that lead to reactive states and helping to assess which coping skills to apply in the sequence of events, thoughts, feelings and behaviors that lead to the undesired behavior. DBT assumes that people are doing the best that they can, but either are lacking the skills or are influenced by positive or negative reinforcement that interfere with one’s functioning.

DBT is a modified form of cognitive-behavioral therapy that was originally [timeframe?] Developed by Marsha M. Linehan, a psychology researcher at the University of Washington, to treat people with borderline personality disorder (BPD) and chronically suicidal individuals. Overview[edit] Cognitive behavioral therapy. CBT has been demonstrated to be effective for the treatment of a variety of conditions, including mood, anxiety, personality, eating, substance abuse, tic, and psychotic disorders.

Many CBT treatment programs for specific disorders have been evaluated for efficacy; the health-care trend of evidence-based treatment, where specific treatments for symptom-based diagnoses are recommended, has favored CBT over other approaches such as psychodynamic treatments.[3] However, other researchers have questioned the validity of such claims to superiority over other treatments.[4][5] History[edit] Philosophical roots[edit] Precursors of certain fundamental aspects of CBT have been identified in various ancient philosophical traditions, particularly Stoicism.[6] For example, Aaron T. Behavior therapy roots[edit] At the same time this of Eysenck's work, B.F. The emphasis on behavioral factors constituted the "first wave" of CBT.[15] Cognitive therapy roots[edit]