How loyal are your customers? - SDB - Storage & Destruction Business. Nokia Weighs Sale of Maps Business to Focus on Networks. Nokia Oyj is exploring the sale of its maps business as the Finnish equipment maker focuses on boosting growth at its wireless-network unit and improving its debt rating, according to people familiar with the matter. 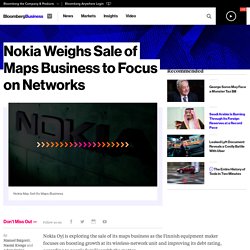 Nokia has reached out to potential buyers including Uber Technologies Inc., the mobile car-booking application, and private-equity firms, the people said. Uber's Co-Founder Has a New Shopping App, and This Is How It Works. Garrett Camp made a fortune helping people navigate the digital world, then a far larger fortune helping them ­navigate the physical one. 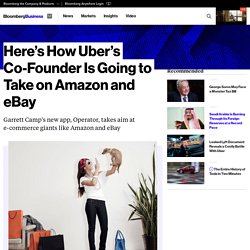 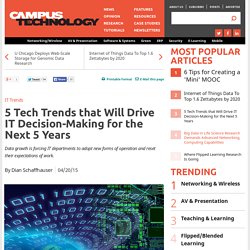 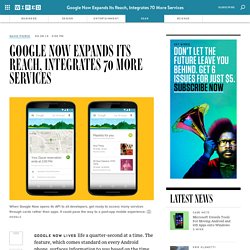 Wal-Mart pay raise plan to boost wages for 16,257 employees in Arkansas. Does Technology Impact a Child's Emotional Intelligence?  Travis Bradberry and Jean Greaves define Emotional Intelligence (EI) as the "ability to recognize and understand emotions in yourself and others, and your ability to use this awareness to manage your behavior and relationships. 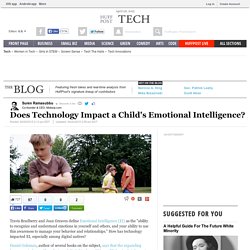 " How has technology impacted EI, especially among digital natives? Daniel Goleman, author of several books on the subject, says that the expanding hours spent alone with gadgets and digital tools could lower EI due to shrinkages in the time young people spend in face-to-face interactions. Quite rightly, as technologies divert our attention away from a realistic present, there exists the danger of disconnect that decreases EI. How to Help Someone Develop Emotional Intelligence. Attribution Theory “It’s not whether you win or lose, it’s how you place the blame” — NZIHF. Attribution theory is a concept involved in sports psychology that investigates what people attribute their successes and failures to. 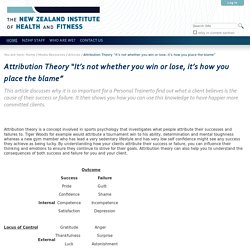 Tiger Woods for example would attribute a tournament win to his ability, determination and mental toughness whereas a new gym member who has lead a very sedentary lifestyle and has very low self confidence might see any success they achieve as being lucky. By understanding how your clients attribute their success or failure, you can influence their thinking and emotions to ensure they continue to strive for their goals. Attribution theory can also help you to understand the consequences of both success and failure for you and your client. Attribution theory looks at two areas: The Locus of Control and the Outcome. Locus of control is broken in to two components and refers to how much individuals believe their result is due to an internal or external factor. 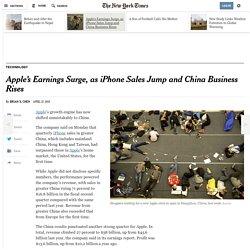 The company said on Monday that quarterly iPhone sales in greater China, which includes mainland China, Hong Kong and Taiwan, had surpassed those in ’s home market, the United States, for the first time. While Apple did not disclose specific numbers, the performance powered the company’s revenue, with sales in greater China rising 71 percent to $16.8 billion in the fiscal second quarter compared with the same period last year. Revenue from greater China also exceeded that from Europe for the first time.

The China results punctuated another strong quarter for Apple. “Everything you look at in China was extremely good,” Timothy D. Continue reading the main story Apple’s stock price over the last six months. Google, Ebay, Amazon and Yahoo! Team Up to Gut Consumer and Privacy Laws  Consumer and financial protection laws are wonderful when passed, but the key is to get them enforced. 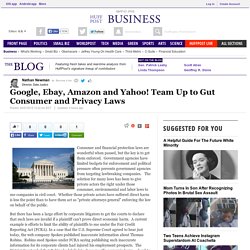 Government agencies have limited budgets for enforcement and political pressure often prevents government agencies from targeting lawbreaking companies. The solution for many laws has been to give private actors the right under those consumer, environmental and labor laws to sue companies in civil court. Whether those private actors have suffered direct harm is less the point than to have them act as "private attorneys general" enforcing the law on behalf of the public. 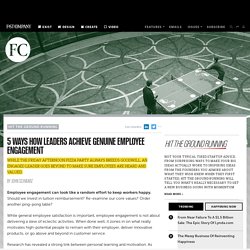 Should we invest in tuition reimbursement? Can Apple top its historic last quarter? SAN FRANCISCO — Apple made history — not to mention an obscene amount of money — in its last quarterly result. 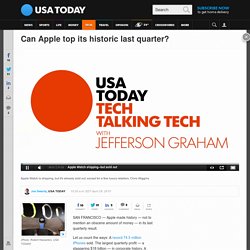 Let us count the ways: A record 74.5 million iPhones sold. The largest quarterly profit — a staggering $18 billion — in corporate history. Skype For Business Begins Rolling Out Publicly Today. Microsoft’s “Skype for Business,” which is designed to replace the company’s older enterprise communication tool Lync, is rolling out publicly today as part of the Office 2013 April update, the company announced this morning. It’s also now rolling out Skype for Business Online to its Office 365 customers who currently use Lync Online.

Zappos.com, Inc. Code of Business Conduct and Ethics. As Revised May 1, 2010 Living Our Core Values. The secret of Costco’s success revealed! (hint: no MBAs need apply)