Under the cherry blossom with Parisian artist Oko Ebombo. Oko Ebombo is a multi-disciplinary artist and Dazed 100 graduate. 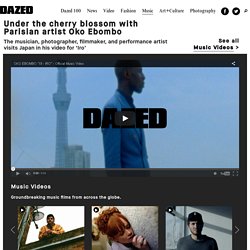 Raised in the 10th arrondissement of Paris, Ebombo’s first creative forays were in the world of dance, but his artistic practise extends to music (with his band 19), photography (he recently held an exhibition titled Okosexuel), and film (his Vizioneer project produces short films using a Super 8 camera). Ebombo was the subject of Spring Comes, a documentary by Samuel Rixon that followed the polymath’s determination to perform with 19 in the aftermath of the November 2015 terror attacks in Paris. 19’s style mixes soul, jazz, R&B, poetry, and movement, with Ebombo’s distinctive voice and unique aesthetic sensibility tying the strands together.

“I use this word to dedicate my love for the street,” Ebombo explains, “‘Iro’ is the street — the colour of the street.” The song and its new music video was written during his first visit to Japan. Space time body and soul. Pourquoi le son de Big Budha Cheez tape si fort. Kevin Harrison - 'Views of the Rhine' Gay Cat Park - I'm a Vocoder. Is 2016 The Year Grime Becomes An Anarchist Genre? Grime is getting political. 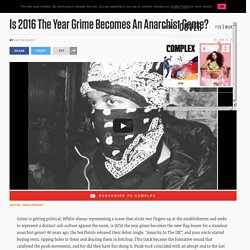 Whilst always representing a scene that sticks two fingers up at the establishment and seeks to represent a distinct sub-culture against the norm, is 2016 the year grime becomes the new flag-bearer for a standout anarchist genre? 40 years ago, the Sex Pistols released their debut single, "Anarchy In The UK", and your uncle started buying vests, ripping holes in them and dousing them in ketchup. This track became the formative sound that catalysed the punk movement, and boy did they have fun doing it. Punk-rock coincided with an abrupt end to the last of the '60s and early '70s post-war, feel-good music and politics that preceded the rise of Thatcherism, and nearly every British punk band expressed an attitude of angry social alienation. La mixtape ultime du rap français des 90's / Grünt. 1.Intro K7 Super Freak 2.Mon Esprit Part Faché Faché Expression Direkt 3.Dans La Sono Freestyle Beat 2 Boul, Mo'Vez Lang 4.Les Skyzos Lone, Busta Flex 5.Ball Trap Arsenik 6.End Titles Lalo Schifrin. 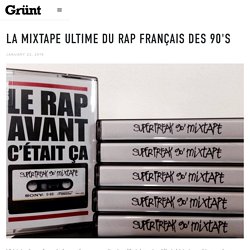 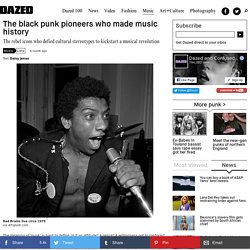 Is it an attitude? A genre? A willingness not to conform? Despite such ambiguities, punk is streotypically portrayed as the preserve of white, working-class musicians. Although as Charlie Brinkhurst-Cuff pointed out last week, “Punk music is not the sole property of whiteness, even though to people of my generation it may appear that way at first glance,” adding, “Like many facets of pop culture, its historical image has been whitewashed.” Although 1970s punk band X-Ray Spex were self-confessed underachievers and only managed to release one album, the oddball five-piece created a beautifully discordant soundtrack to teen rebellion that remains relevant today. No Hats No Hoods. Includes unlimited streaming via the free Bandcamp app, plus high-quality download in MP3, FLAC and more. £2.50 GBP or more credits released December 7, 2015 license all rights reserved feeds. 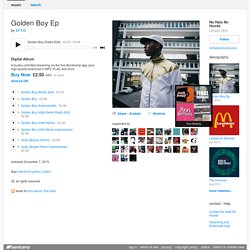 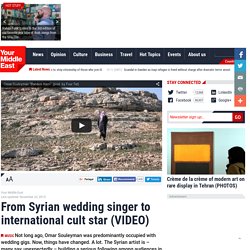 The artist eventually fled to neighbouring Turkey. But singing at weddings there wasn't as easy as back home. Luckily he was able to build a fan base in Europe, where he has been touring with a hugely popular live show, and also performing at prestigious events like Glastonbury and the Nobel Peace Prize ceremony. The Square: just a bunch of scumbags from Lewisham. Photos by Joe Wilson, shot on the set of the Lewisham McDeez video. 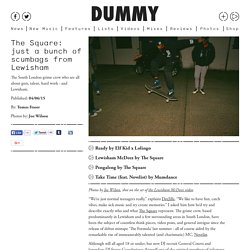 “We’re just normal teenagers really,” explains DeeJillz, “We like to have fun, catch vibes, make sick music and try create memories.” I asked him how he’d try and describe exactly who and what The Square represent. The grime crew, based predominantly in Lewisham and a few surrounding areas in South London, have been the subject of countless think pieces, video posts, and general intrigue since the release of debut mixtape ‘The Formula’ last summer - all of course aided by the remarkable rise of immeasurably talented (and charismatic) MC, Novelist.

Although still all aged 18 or under, bar new DJ recruit General Courts and legendary DJ figure Grandmixxer (himself one of the original members of infamous London grime crew NAA), the 10 individual members who make up The Square have remained markedly in check and with feet firmly on the floor, despite their sharp rise. Calle 13 - Atrevete te te. Bomba Estereo - Ponte Bomb. Sa-Ra Creative Partners - "Rosebuds" [Official Audio] Dego & The 2000Black Family - The Hurt [Neroli] Kaidi Tatham - I'm High.