Eliminating useless information important to learning, making new memories. Brain Rules. Productivity revolutions and the most misunderstood man in history. Few figures in the history of management have had a greater impact than Frederick Winslow Taylor. 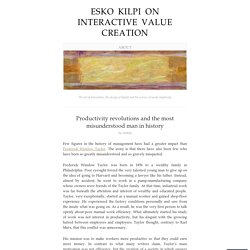 The irony is that there have also been few who have been so greatly misunderstood and so gravely misquoted. Frederick Winslow Taylor was born in 1856 to a wealthy family in Philadelphia. Poor eyesight forced the very talented young man to give up on the idea of going to Harvard and becoming a lawyer like his father. Instead, almost by accident, he went to work in a pump-manufacturing company whose owners were friends of the Taylor family. Redesigning work. Learning Resolutions: Be More Selfish. I admit that resolutions are a rarity for me. 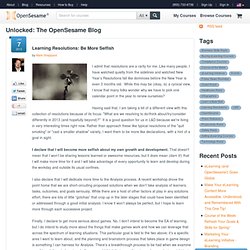 Like many people, I have watched quietly from the sidelines and watched New Year’s Resolutions fall like dominoes before the New Year is even 3 months old. While this may be (okay, is) a cynical view, I know that many folks wonder why we have to pick one calendar point in the year to renew ourselves? Having said that, I am taking a bit of a different view with this collection of resolutions because of its focus: "What are we resolving to do/think about/try/consider differently in 2013 (and hopefully beyond)? " 5 Great Social Media Networks You May Never Have Heard Of. Facebook, Twitter, Pinterest. 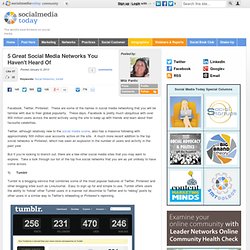 These are some of the names in social media networking that you will be familiar with due to their global popularity. These days, Facebook is pretty much ubiquitous with over 900 million users across the world actively using the site to keep up with friends and learn about their favourite celebrities. Twitter, although relatively new to the social media scene, also has a massive following with approximately 500 million user accounts active on the site. Leverage the awesome power of links in your mind maps. #4 in the Effective Mind Maps blog post series Many types of work today involve a significant amount of research. 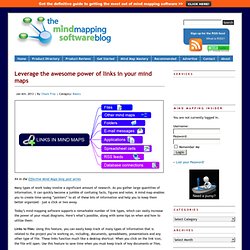 As you gather large quantities of information, it can quickly become a jumble of confusing facts, figures and notes. A mind map enables you to create time-saving “pointers” to all of these bits of information and help you to keep them better organized – just a click or two away. Today’s mind mapping software supports a remarkable number of link types, which can vastly increase the power of your visual diagrams. 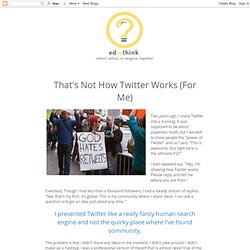 It was supposed to be about paperless math, but I wanted to show people the "power of Twitter" and so I said, "This is awesome. this right here is the ultimate P.D. " I then tweeted out, "Hey, I'm showing how Twitter works. Please reply and tell me where you are from. " It worked. Though I had less than a thousand followers, I had a steady stream of replies. I presented Twitter like a really fancy human search engine and not the quirky place where I've found community. The problem is that I didn't share any ideas in the moment. How to get your Twitter RSS feed using this simple hack. Twitter has eradicated RSS feeds from its web interface once and for all, following an update to the site’s search page today. 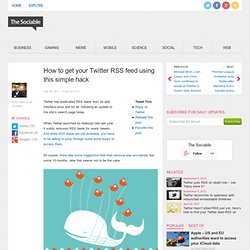 When Twitter launched its redesign late last year it subtly removed RSS feeds for users’ tweets. And while RSS feeds are still available, you have to be willing to jump through some extra hoops to access them. Of course, there was some suggestion that their removal was accidental, but some 10 months later this seems not to be the case. Credit: Twitter When Twitter redesigned users’ profiles it left its search page, untouched. So, how do you access a Twitter search RSS feed? There are two ways to access Twitter search RSS feeds. The other option is to use Twitter’s native, but painfully difficult method below. For more information about finding Twitter RSS/Atom links; Thomas P. Campbell: Weaving narratives in museum galleries. Rory Stewart: Why democracy matters. Tim Leberecht: 3 ways to (usefully) lose control of your brand. 99% Invisible. Matt Killingsworth: Want to be happier? Stay in the moment.

Tayloring it. Ernesto Sirolli: Want to help someone? Shut up and listen! Daphne Bavelier: Your brain on video games. Finally, EdTech That’s Based On Real Research. Tuesday, January 1, 2013. 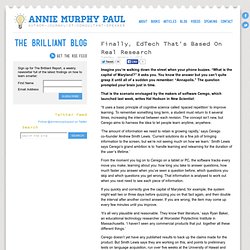 Blogs as Reflective Writing Tools. Blogging is an activity which has exploded into the mainstream over the last seven or eight years. 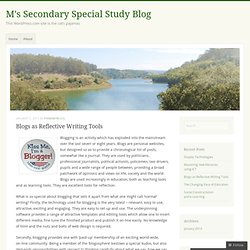 Blogs are personal websites, but designed so as to provide a chronological list of posts, somewhat like a journal. They are used by politicians, professional journalists, political activists, policemen, taxi drivers, pupils and a wide range of people between, providing a broad patchwork of opinions and views on life, society and the world. Blogs are used increasingly in education, both as teaching tools and as learning tools. 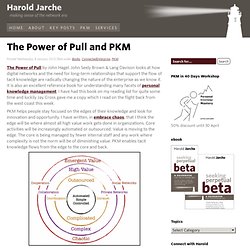 John Seely Brown & Lang Davison looks at how digital networks and the need for long-term relationships that support the flow of tacit knowledge are radically changing the nature of the enterprise as we know it. It is also an excellent reference book for understanding many facets of personal knowledge management. Needs analysis– something old, something new. When I was a young professor of instructional design and technology at San Diego State University, students often sought advice on how to make decisions about outcomes and strategies. 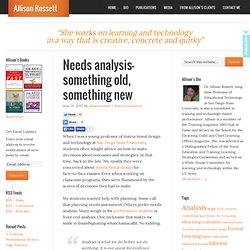 Marc My Words: So You Want to Get Into the eLearning Biz? by Marc J. Rosenberg. Is Story Telling a Dying Art? I love listening to stories. In life, you’re either a story teller or you’re not. Some people have the gift of the gab but I’m not one of them. Showing Our Work: Design Economics. Photo by Irving Rusinow [Public Domain], via Wikimedia Commons You start a new project and receive a heap of content from stakeholders. Your shiny new stack of content arrives with an expectation from the project owner that you deliver that content (every ounce of it) to the mental doormats of their audience. In an attempt to do the right thing, you dutifully conduct an analysis of the performance & skills that the program you’re helping needs to address. Great Debate: Why Arguing Is The Best Way To Learn.

Friday, January 4, 2013 Carl Wieman is a Nobel-Prize winning physicist, and a professor who prided himself on his brilliant lectures. There was just one problem with Wieman’s teaching style: his students weren’t learning much. As it began to dawn on Wieman that his students were absorbing little by passively listening, he decided to try an experiment. He presented a fact in his lecture, then quizzed the students 15 minutes later on the fact. The proportion who remembered the information: just 10 percent. Wieman himself comments: “To see whether we simply had mentally deficient students, I once repeated this experiment when I was giving a departmental colloquium at one of the leading physics departments in the United States.

Related:  Ernesto Sirolli: Want to help someone? Shut up and listen!   -  Daphne Bavelier: Your brain on video games   -  Education   -  Enterprise