King Arthur Map of Britain. Discover the legendary locations of King Arthur's Britain and the epic filming spots from KING ARTHUR: LEGEND OF THE SWORD. 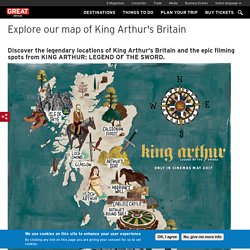 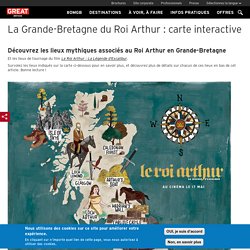 Royal baby family tree: How will the line of succession change? That means the new princess will remain fourth in line to the throne regardless of whether or not her parents go on to have another son. 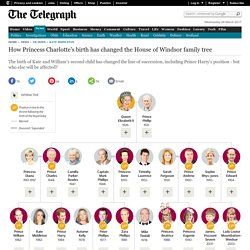 Versions of the Act were adopted by all 16 Commonwealth realms over which the Royal Family reigns. As the change in the law was not retrospective, meaning the Princess Royal remains behind her younger brothers the Duke of York and Duke of Wessex in the line of succession, the first members of the family to be affected by the move were the children of Lady Davina Lewis, whose father, the Duke of Gloucester is the Queen’s first cousin. Her son Tāne, who was born in 2012, is 29th in line to the throne while his sister Senna, born in 2010, is 28th. By giving birth to a second child, the Duchess of Cambridge has now fulfilled her quasi-constitutional duty of providing an “heir and a spare”. Here is how the line of succession will look from now on. 1. Heir to the throne and the next king of the United Kingdom and the Commonwealth Realms. 2. 3. 4. 5. ROYAL FAMILY TREE. Royal Family Key Members: Princess Diana, Prince William, Kate Middleton.

Royal Family Home Page | Royal Family Tree | Royal Residences There are no exact rules for who is part of the royal family and who is not, but there are certain members who are better known in Britain than others. 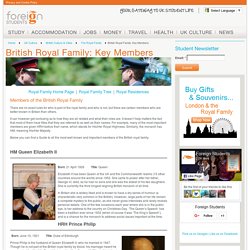 It can however get confusing as to how they are all related and what their roles are. It doesn’t help matters the fact that most of them have titles that they are referred to as well as their names. For example, many of the most important members are given HRH before their name, which stands for His/Her Royal Highness. Similarly, the monarch has HM, meaning His/Her Majesty. Royal Family Tree: A Guide to Queen Elizabeth II's Kids and Grandkids. The British Royal Family Theme for Kids. Did you know that the Queen has two birthdays - her actual birthday and an official one, on which... 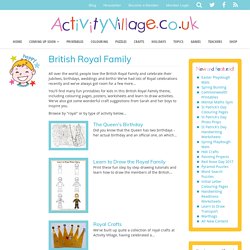 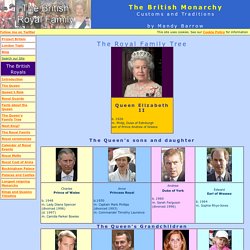 The two websites projectbritain.com and primaryhomeworkhelp.co.uk are the new homes for the Woodlands Resources. Mandy left Woodlands in 2003 to work in Kent schools as an ICT Consulatant. She now teaches computers at The Granville School and St. John's Primary School in Sevenoaks Kent. The British Royal Family. Royal Family tree. The Royal Family. Catherine, Duchess Of Cambridge Wears Green Sportmax Coat To Christmas Day Church Service [PHOTOS] : Fashion : Fashion Times. As The Royal Family made their walk to and from the traditional Christmas Day church service at St. 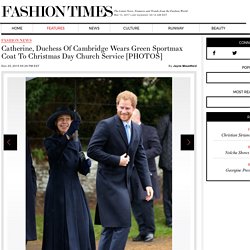 Mary Magdalene Church on the Sandringham Estate this morning, a crowd of around 1,000 people braved the rain to watch them pass and perhaps get to chat with them. Catherine, Duchess of Cambridge, arriving with Prince William and Prince Harry, smiled broadly as she greeted well-wishers. Anyone hoping to catch a glimpse of Prince George and Princess Charlotte, were disappointed as they were not present. The Duchess looked elegant in a new calf-length green wool coat by Sportmax. She also wore a new hat that fashion bloggers have identified as being by Sylvia Fletcher for Lock Hatters. According to WhatKateWore, Kate’s other accessories were Rhumba boots by Aquatalia and Mulberry Bayswater Clutch. Kate Middleton and other Royal family members attend Sandringham church service. The Duchess of Cambridge chatted to a crowd of well-wishers as she made her way to the Sunday service at the Sandringham estate. 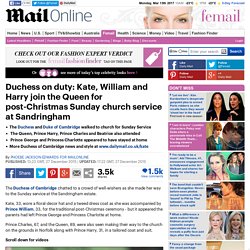 Kate, 33, wore a floral-decor hat and a tweed dress coat as she was accompanied by Prince William, 33, for the traditional post-Christmas ceremony - but it appeared the parents had left Prince George and Princess Charlotte at home. Prince Charles, 67, and the Queen, 89, were also seen making their way to the church on the grounds in Norfolk along with Prince Harry, 31, in a tailored coat and suit. “I hope you understand.” A school bully addresses his victims - BBC Three. As I Scrolled Through These 45 Photos, One Thing Became Very Clear. And Everyone Should See It. The world isn’t always fair. 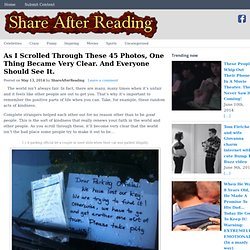 In fact, there are many, many times when it’s unfair and it feels like other people are out to get you. That’s why it’s important to remember the positive parts of life when you can. Take, for example, these random acts of kindness. Complete strangers helped each other out for no reason other than to be good people. Famous Dead, Celebrity Deaths, Dead People. Famous Quotes at BrainyQuote. Nelson Mandela: 1918-2013. A nation mourns the loss of its former leader, Nelson Mandela, who has died after a long illness. 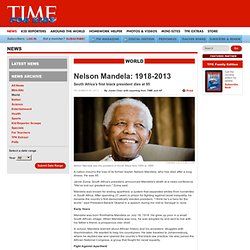 He was 95. Jacob Zuma, South Africa's president, announced Mandela's death at a news conference. "We've lost our greatest son," Zuma said. Mandela was known for ending apartheid, a system that separated whites from nonwhites in South Africa. After spending 27 years in prison for fighting against racial inequality, he became the country’s first democratically elected president. Early Years Mandela was born Rolihlahla Mandela on July 18, 1918. In school, Mandela learned about African history and his ancestors’ struggles with discrimination. Fight Against Apartheid In 1948, the government introduced apartheid, which left the country’s nonwhite majority with few economic opportunities. Mandela’s imprisonment led to protests around the world and economic sanctions, or limits on trade, against his country.

First Black President Mandela stepped down as president in 1999.