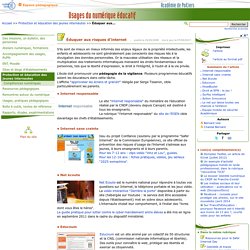 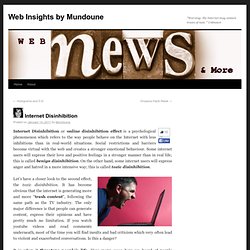 Social restrictions and barriers become virtual with the web and creates a stronger emotional behaviour. Some internet users will express their love and positive feelings in a stronger manner than in real life; this is called benign disinhibition. On the other hand, some internet users will express anger and hatred in a more intensive way; this is called toxic disinhibition. Let’s have a closer look to the second effect, the toxic disinhibition.

It has become obvious that the internet is generating more and more “trash content“, following the same path as the TV industry. It is when it threatens people’s life. A recent case took place in Thailand. It is a bit scary to see how this phenomenon is increasing and will keep doing so until somebody finally decides to unplug the big machine. Tell Your Story with Timeline. Three teens charged in nude photo case. BY BILL DWYER November 19, 2011 2:04PM Updated: December 21, 2011 8:28AM A teen girl and two teen boys were arrested after a “lewd” photo of a naked girl was apparently shared via text messaging this week at a west suburban high school. 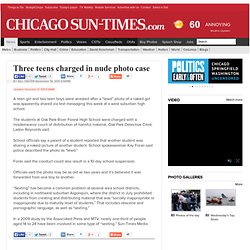 The students at Oak Park-River Forest High School were charged with a misdemeanor count of distribution of harmful material, Oak Park Detective Cmdr. Ladon Reynolds said. School officials say a parent of a student reported that another student was sharing a naked picture of another student. Foran said the conduct could also result in a 10-day school suspension. Officials said the photo may be as old as two years and it’s believed it was forwarded from one boy to another. “Sexting” has become a common problem at several area school districts, including in northwest suburban Algonquin, where the district in July prohibited students from creating and distributing material that was “socially inappropriate or inappropriate due to maturity level of students.”

The Importance of Managing Your Online Reputation. Last week during #journchat, I saw a reference to a post titled Does Your Twitter Handle Belong on Your Resume? 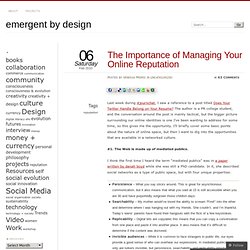 The author is a PR college student, and the conversation around the post is mainly tactical, but the bigger picture surrounding our online identities is one I’ve been wanting to address for some time, so this gives me the opportunity. I’ll briefly cover some basic points about the nature of online space, but then I want to dig into the opportunities that are available in a networked culture. #1. The Web is made up of mediated publics. I think the first time I heard the term “mediated publics” was in a paper written by danah boyd while she was still a PhD candidate. Persistence – What you say sticks around. A quick review of these characteristics serve as a good reminder that what you do/say/post online is effectively being done in public.

The article goes on to highlight a growing trend by companies to make online screening a formal part of the hiring process. . #2. . #3. . #4. PPTplaydecidegames.