Understanding Anti-Piracy Enforcement. Above all else, right at the start, I will reiterate one thing – I AM NOT A LAWYER. 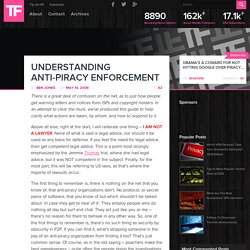 None of what is said is legal advice, nor should it be used as any basis for defense. If you feel the need for legal advice, then get competent legal advice. This is a point most strongly emphasized by the Jammie Thomas trial, where she had legal advice, but it was NOT competent in the subject. Getting inside a downloader's head. This advert was made in the US for global reversioning The Digital Britain report advocates the latest step in the war against illegal downloaders, requiring ISPs to write them notification letters and monitor persistent offenders. 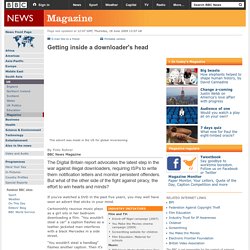 But what of the other side of the fight against piracy, the effort to win hearts and minds? If you've watched a DVD in the past five years, you may well have seen an advert that sticks in your mind. Cartoonishly raucous music plays as a girl sits in her bedroom downloading a film. PosterGuideFinal. Anti-pirating ad music stolen › Dr Karl's Great Moments In Science (ABC Science) Dr Karl › Dr Karl's Great Moments In Science You wouldn't steal a movie, so why would you put stolen music on an anti-piracy ad? 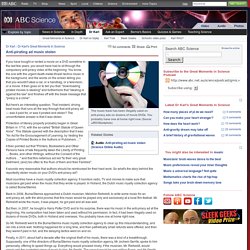 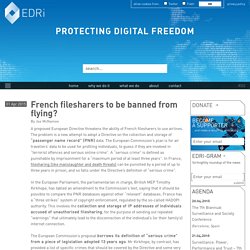 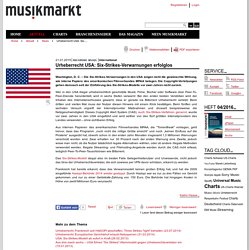 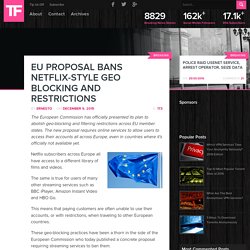 The new proposal requires online services to allow users to access their accounts all across Europe, even in countries where it's officially not available yet. Netflix subscribers across Europe all have access to a different library of films and videos. The same is true for users of many other streaming services such as BBC iPlayer, Amazon Instant Video and HBO Go.

This means that paying customers are often unable to use their accounts, or with restrictions, when traveling to other European countries. The social media rights and user generated content guide by Chute. Is watching TV for free on the Internet legal? 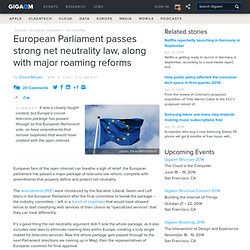 The amendments (PDF) were introduced by the Socialist, Liberal, Green and Left blocs in the European Parliament after the final committee to tweak the package – the industry committee – left in a bunch of loopholes that would have allowed telcos to start classifying web services of their choice as “specialized services” that they can treat differently. It’s a good thing the net neutrality argument didn’t sink the whole package, as it also includes new laws to eliminate roaming fees within Europe, creating a truly single market for telecoms services. 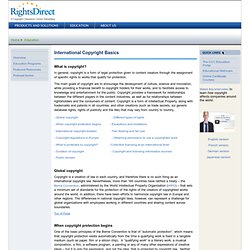 Sopa Pipa Acta Co. Confirmed: Comcast and Netflix have signed a paid peering agreement. Comcast has agreed to a transit and interconnection agreement with Netflix, as Gigaom first reported on Friday afternoon. 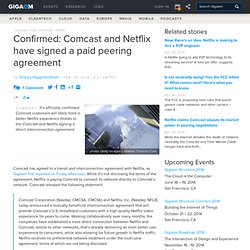 While it’s not disclosing the terms of the agreement, Netflix is paying Comcast to connect its network directly to Comcast’s network. Comcast released the following statement: Comcast Corporation (Nasdaq: CMCSA, CMCSK) and Netflix, Inc. (Nasdaq: NFLX) today announced a mutually beneficial interconnection agreement that will provide Comcast’s U.S. broadband customers with a high-quality Netflix video experience for years to come. Working collaboratively over many months, the companies have established a more direct connection between Netflix and Comcast, similar to other networks, that’s already delivering an even better user experience to consumers, while also allowing for future growth in Netflix traffic.

The big question in this case is whether or not Netflix is paying Comcast, and a source close to the deal confirms that it is. Intellectual property (TRIPS) - agreement text - contents. Starving Artist. You can read the details in the above Times article, but essentially the film and record industries (mostly the film industry) have orchestrated a school-to-school tour to "educate" 5th through 9th graders about the evils of file trading. 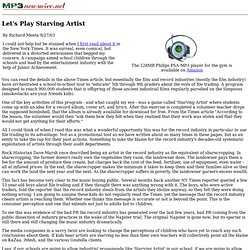 A program designed to reach 900,000 students that is offspring of those ancient industrial films regularly parodied on the Simpsons (smokestacks are your friends kids). One of the key activities of this program - and what caught my eye - was a game called 'Starving Artist' where students come up with an idea for a record album, cover art, and lyrics.

Www.mpaa.org/Resources/38bc8dba-fe31-4a93-a867-97955ab8a357.pdf. Teaching Copyright. As today's tech-savvy teens become increasingly involved with technology and the Internet for learning, work, civic engagement, and entertainment, it is vital to ensure that they understand their legal rights and responsibilities under copyright law and also how the law affects creativity and innovation. This curriculum is designed to give teachers a comprehensive set of tools to educate students about copyright while incorporating activities that exercise a variety of learning skills. Lesson topics include: the history of copyright law; the relationship between copyright and innovation; fair use and its relationship to remix culture; peer-to-peer file sharing; and the interests of the stakeholders that ultimately affect how copyright is interpreted by copyright owners, consumers, courts, lawmakers, and technology innovators.

Unit Goals. When Copyright Goes Bad. For centuries, copyright law has existed to protect creative production whilst promoting public access. But the digital age is challenging this balance and fundamentally changing the nature of the way we produce, access and distribute content. Suddenly, copyright rules no longer do what they are supposed to do. World Internet Project. The Policy Laundering Project. Back>> Introduction: The Problem of Policy Laundering A new challenge has emerged in the democratic battle to preserve civil liberties in the United States and around the world. This challenge is what has been dubbed policy laundering the use of foreign and international forums as an indirect means of pushing policies that could never win direct approval through the regular domestic political process.

In a rapidly globalizing world, this technique is becoming a central means by which the United States (and other nations) seek to overcome civil liberties objections to privacy-invading policies. Just as money laundering describes the cycling of illegitimate funds through outside institutions in order to enter them into legitimate circulation, so does policy laundering involve the cycling of policies that lack political legitimacy through outside intuitions in order to enter them into circulation despite their lack of acceptance. Www.mpaa.org/Resources/38bc8dba-fe31-4a93-a867-97955ab8a357.pdf. Treaties and Contracting Parties: WIPO Copyright Treaty (WCT) Copyright Scofflaws Beware: ISPs to Begin Monitoring Illicit File Sharing. The nation’s major internet service providers by year’s end will institute a so-called six-strikes plan, the “Copyright Alert System” initiative backed by the Obama administration and pushed by Hollywood and the major record labels to disrupt and possibly terminate internet access for online copyright scofflaws.

The plan, now four years in the making, includes participation by AT&T, Cablevision Systems, Comcast, Time Warner Cable and Verizon. After four offenses, the historic plan calls for these residential internet providers to initiate so-called “mitigation measures” (.pdf) that might include reducing internet speeds and redirecting a subscriber’s service to an “educational” landing page about infringement. The internet companies may eliminate service altogether for repeat file-sharing offenders, although the plan does not directly call for such drastic action. “Six Strikes”Copyright Alert System Costs Millions.

New tax records reveal that the Center for Copyright Information, the outfit overseeing the “six strikes” copyright alert system in the U.S., costs $2 million a year to run. This previously undisclosed sum is shared between the RIAA, MPAA and the five participating Internet providers. The true cost of the copyright alert system is expected to be millions more, as the copyright holders and ISPs pay separately for tracking the alleged pirates and processing the warnings. Two years ago the MPAA and RIAA teamed up with five major Internet providers to announce their “six strikes” anti-piracy plan.