A Survey of Grown Unschoolers I: Overview of Findings. I posted the results of that study as a series of three articles in this blog—here, here, and here—and Gina and I also published a paper on it in the Journal of Unschooling and Alternative Learning (here). Not surprisingly, the respondents in that survey were very enthusiastic and positive about their unschooling experiences. They described benefits having to do with their children’s psychological and physical wellbeing, improved social lives, and improved efficiency of learning and attitudes about learning. Speakers - Free to Be Unschooling Conference. Pam Sorooshian Pam Sorooshian is the mom of three grown-up unschooled kids: Roya (28), Roxana (25), and Rose (22). 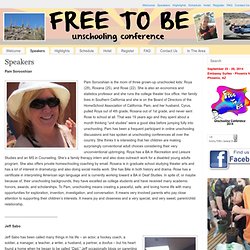 Andre Stern Interview. Is Our Education System Creating Well Trained Photocopying Robots? By Vansh Saluja and Himadrish Suwan: The foreword of all NCERT book carries the objectives of the much hyped National Curriculum Framework, 2005. 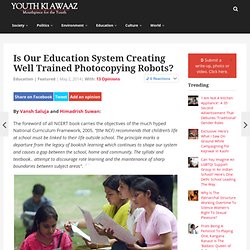 InterPlay. Western Cape – a case study in corrupting power. The province of the Western Cape offers an object lesson in the dangers of a bureaucracy operated by an absolute majority. 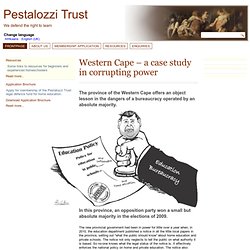 In this province, an opposition party won a small but absolute majority in the elections of 2009. The new provincial government had been in power for little over a year when, in 2010, the education department published a notice in all the little local papers in the province, setting out “what the public should know” about home education and private schools. The notice not only neglects to tell the public on what authority it is based. So no-one knows what the legal status of the notice is. It effectively enforces the national policy on home and private education. The Pestalozzi Trust wrote to the Provincial Minister of Education in the Western Cape, Mr. Shikshantar - The Peoples' Institute for Rethinking Education and Development.

Paths of Unlearning “The discovery that most learning requires no teaching can be neither manipulated nor planned. 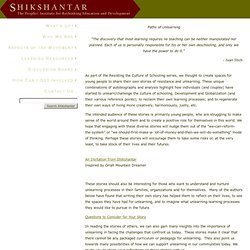 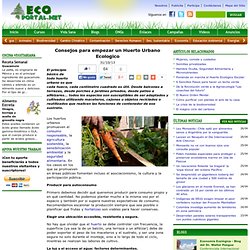 THE NATURE-SMART CAREER: 11 New Jobs For a Nature-Rich Future. By Richard Louv on March 24th, 2014 What if high schools and colleges helped students create a nature-rich future, helped them become outdoor entrepreneurs? 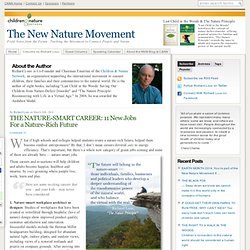 By that, I don’t mean careers devoted only to energy efficiency. That’s important, but there’s a whole new category of green jobs coming and some of them are already here — nature-smart jobs. These careers and avocations will help children and adults become happier, healthier and smarter, by truly greening where people live, work, learn and play. Here are some exciting careers that you – and your kids – may never have considered: 1. 2. 3. 4. 5. 6.

Sudbury Valley School Bookstore. Ken Robinson: 10 talks on education. Sugata Mitra opens his first independent learning lab in India. Students at the School in the Cloud in Korakati, India, investigate the questions that matter to them online, with the assistance of a teacher via the Granny Cloud. 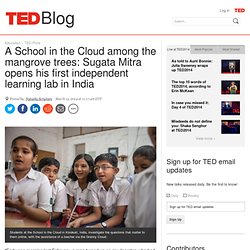 “Early one morning last February, a man turned up on my doorstep who had travelled through the night to get there,” said Sugata Mitra, the education reformer who received the 2013 TED Prize. “This schoolteacher wanted to do something positive for his village, which had no electricity, health care or primary education … It was just the kind of place I was looking for.” Learning from Indigenous Knowledge Systems. Because of our unconscious assumption of superiority to less technologically advanced societies, it never occurs to most people working in education that traditional cultures embody a wealth of practical information about children and learning. 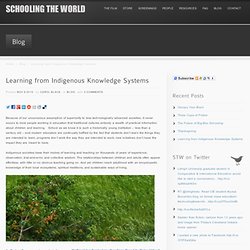 School as we know it is such a historically young institution – less than a century old – and modern educators are continually baffled by the fact that students don’t learn the things they are intended to learn, programs don’t work the way they are intended to work, new initiatives don’t have the impact they are meant to have. Indigenous societies base their modes of learning and teaching on thousands of years of experience, observation, trial-and-error, and collective wisdom. Schooling the World. Shikshantar - The Peoples' Institute for Rethinking Education and Development.