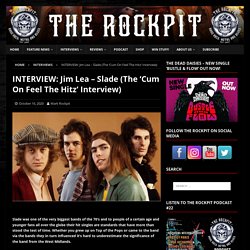 Whether you grew up on Top of the Pops or came to the band via the bands they in turn influenced it’s hard to underestimate the significance of the band from the West Midlands. Their grip on the charts in the UK was incomparable in a decade brimming with great sounds – notching up 17 consecutive top 20 hits.

Mark: Hello, is that Jim? Noddy Holder of Slade, Noise11 Interviews from Home series. Slade Split In 1992 and Never Reformed. Slade When Slade split in 1992 lead singer Noddy Holder always thought they’d get back together but it never happened. 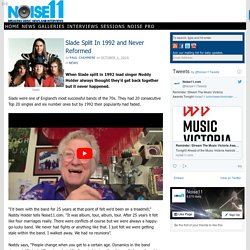 It’s as devastating and as simple as that” Noel Gallagher. Slade's Dave Hill: "What we wrote about is still valid today"... Slade‘s Dave Hill is on the phone from the UK and reflecting on the feeling he still gets today before a show… but how did it start all those years ago? 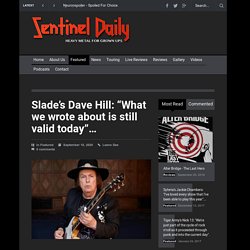 “Around 1963 I joined up with Don Powell (Slade drummer) in a group called The Vendors, grew my hair and turned professional, coz mum and dad let me, and dad always believed in me saying ‘you’re a natural’; my grandad was a classical pianist so the music’s always been there. Then there was a chance meeting with Nod (Holder, vocals, guitar) when Don and I were looking to reform our last band, The ‘N Betweens, but I’d never heard his voice. And Nod had been the backup singer and lead guitarist in the band I’d seen him in. So we saw him outside a club in Wolverhampton and I just went up to him and asked: ‘What you doin’?’ And he said: ‘I’ve just quit this band’, so over a chat and a coffee he agreed to give the new band a go. 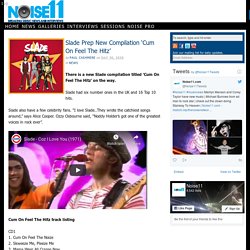 Slade had six number ones in the UK and 16 Top 10 hits. Slade also have a few celebrity fans. “I love Slade..They wrote the catchiest songs around,” says Alice Cooper. Ozzy Osbourne said, “Noddy Holder’s got one of the greatest voices in rock ever”. Cum On Feel The Hitz track listing CD1 1. CD2 1 Lock Up Your Daughters 2 My Baby Left Me: That’s Alright 3 Gypsy Roadhog 4 (And Now the Waltz) C’est La Vie 5 Myzsterious Mizster Jones 6 Ruby Red 7 Do You Believe In Miracles 8 Wheels Ain’t Coming Down 9 7 Year Bitch 10 Still The Same 11 The Shape Of Things To Come 12 Know Who You Are 13 Nobody’s Fool 14 Burning In The Heat Of Love 15 Give Us a Goal 16 Ginny Ginny 17 Sign Of The Times 18 Knuckle Sandwich Nancy 19 Ooh La La in L.A 20 That’s What Friends Are For 21 We Won’t Give In 22 Merry Xmas Everybody The full Slade catalogue received a global digital release across all Digital Service providers on April 12th, 2019. 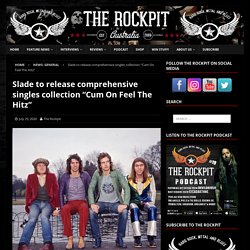