Dastaar by Javian Ashton Le. Dastaar is the type of film that wriggles into your consciousness. 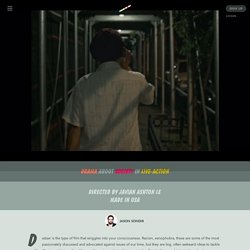 Racism, xenophobia, these are some of the most passionately discussed and advocated against issues of our time, but they are big, often awkward ideas to tackle in a film. Dastaar sidesteps this dilemma through modesty; this is a simple affair, lacking sophisticated productions techniques, flashy VFX, or showy performances, yet nonetheless is disarmingly effective due its subtlety, and the perceptive point of view of its writer/director Javian Le.

A period piece of a still recent time, the portrait it paints is without a doubt more relevant than ever. The film opens with an older, turbaned man walking down the street, speaking on a cellphone. Text overlay tells us that it is Sept. 20th, 2001. The title of the film refers to the turban that adherents of the Sikh faith must wear. This is the implicit background of the film that Le expects you to be familiar with. Escándalo ONU salpica al hijo de Kofi Annan. Kojo Annan involucrado en millonario fraude de la operación "Petróleo por Alimentos". 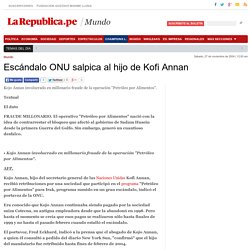 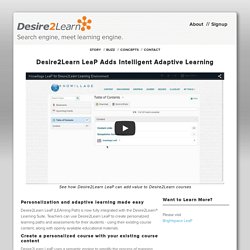 Rich feature set Key features of Desire2Learn LeaP include: Why modern maps put everyone at the centre of the world. 12 October 2012Last updated at 08:44 ET With new GPS technology, it is almost impossible to get lost nowadays. 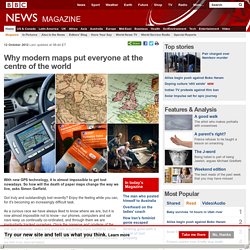 So how will the death of paper maps change the way we live, asks Simon Garfield. Got truly and outstandingly lost recently? Enjoy the feeling while you can, for it's becoming an increasingly difficult task. As a curious race we have always liked to know where we are, but it is now almost impossible not to know - our phones, computers and sat navs keep us continually co-ordinated, and through them we are involuntarily tracked ourselves. It is now hard for most people aged below 25 to remember a time when we used maps that folded (or at least maps that came folded from a shop, and never folded quite so well again).

These are not people traditionally charged with representing our landscape with carefully plotted co-ordinates and contours, and with recognisable symbols and important landmarks. There is already a visible backlash. Continue reading the main story Back in vogue. 05 Demanda, Cantidad demandada y Factores Subyacentes de la Demanda. Uncommon Quotes That Can Change Your Life. Quotes are tiny stories. 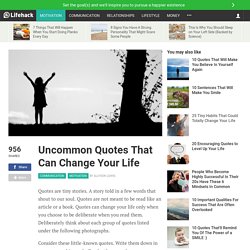 A story told in a few words that shout to our soul. Quotes are not meant to be read like an article or a book. Quotes can change your life only when you choose to be deliberate when you read them. Deliberately think about each group of quotes listed under the following photographs. Consider these little-known quotes. The SEAL Code Here is an excerpt from the credo of the Navy SEALs: “I will never quit. “The final forming of a person’s character lies in their own hands.” 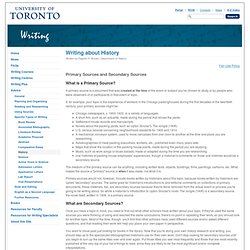 A primary source is a document that was created at the time of the event or subject you've chosen to study or by people who were observers of or participants in that event or topic. If, for example, your topic is the experience of workers in the Chicago packinghouses during the first decades of the twentieth century, your primary sources might be: Chicago newspapers, c. 1900-1920, in a variety of languages. The medium of the primary source can be anything, including written texts, objects, buildings, films, paintings, cartoons, etc. Primary sources would not, however, include books written by historians about this topic, because books written by historians are called "secondary" sources. What are Secondary Sources? Once you have a topic in mind, you need to find out what other scholars have written about your topic. You want to move past just looking for books in the library. Let's take this one step at a time.