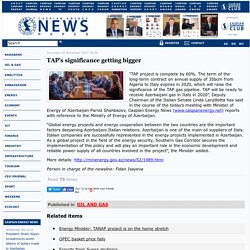 The term of the long-term contract on annual supply of 35bcm from Algeria to Italy expires in 2020, which will raise the significance of the TAP gas pipeline. TAP will be ready to receive Azerbaijani gas in Italy in 2020”, Deputy Chairman of the Italian Senate Linda Lanzillotta has said in the course of the today’s meeting with Minister of Energy of Azerbaijan Parviz Shahbazov, Caspian Energy News (www.caspianenergy.net) reports with reference to the Ministry of Energy of Azerbaijan.

“Global energy projects and energy cooperation between the two countries are the important factors deepening Azerbaijani-Italian relations. Azerbaijan is one of the main oil suppliers of Italy. Italian companies are successfully represented in the energy projects implemented in Azerbaijan. Caspian Energy - Oil and Gas.

Trade Map - List of products at 2 digits level imported by Iran, Islamic Republic of in 2016 (Mirror) Russia, US Mulling Joint Mission to Venus. Russia's space program and NASA are working together on a mission to Venus that would investigate some of the scorching-hot planet's biggest mysteries, including, perhaps, whether it harbors life. 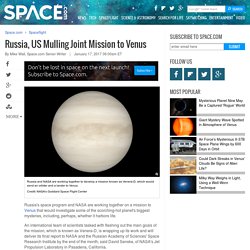 An international team of scientists tasked with fleshing out the main goals of the mission, which is known as Venera-D, is wrapping up its work and will deliver its final report to NASA and the Russian Academy of Sciences' Space Research Institute by the end of the month, said David Senske, of NASA's Jet Propulsion Laboratory in Pasadena, California. "Is this the mission that's going to fly? No, but we're getting there," Senske, the U.S. co-chair of this "joint science-definition team," told Space.com last month at the annual fall meeting of the American Geophysical Union, in San Francisco.

Transformation Often Begins With a Single Conversation - The Rockefeller Foundation. Topics: Arts and Culture, Gender Equity Throughout my career, I’ve been fortunate to be in rooms with high-level leaders where critical issues are being discussed. 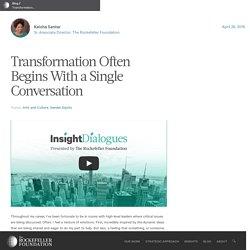 Often, I feel a mixture of emotions. First, incredibly inspired by the dynamic ideas that are being shared and eager to do my part to help. But also, a feeling that something, or someone, is missing from the dialogue—key voices, experiences and backgrounds that could make solutions so much stronger and more inclusive. Transformation Often Begins With a Single Conversation - The Rockefeller Foundation. 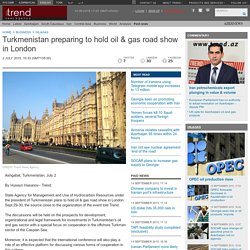 The discussions will be held on the prospects for development, organizational and legal framework for investments in Turkmenistan’s oil and gas sector with a special focus on cooperation in the offshore Turkmen sector of the Caspian Sea.

Accusations, Fears over Lithuania’s Reputation and other energy projects sizzle after Chevron pullout. What is one’s bitter disappointment is another’s sheer joy, and little between. 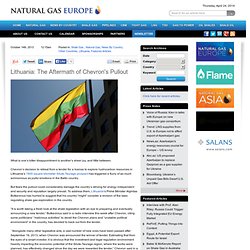 Chevron’s decision to retreat from a tender for a license to explore hydrocarbon resources in Lithuania’s 1800 square kilometer Silute-Taurage prospect has triggered a flurry of as much acrimonious as joyful emotions in the Baltic country. But fears the pullout could considerably damage the country’s striving for energy independent and security and reputation largely prevail. To address them, Lithuania’s Prime Minister Algirdas Butkevicius has hurried to suggest that his country “might” consider a revision of the laws regulating shale gas exploration in the country. “Alongside many other legislative acts, a vast number of new ones have been passed after September 16, 2013, when Chevron was announced the winner of tender. “The Lithuanian negotiators could not agree with that,” Robertas Klovas, the ministry chancellor, did not elaborate.

HELABA + ERNLB + FMS 2013. 30 April 2013 Munich – BayernLB and Unicredit have played a leading role in financing the construction and operation of the Gross Dölln solar power plant in the north German state of Brandenburg. 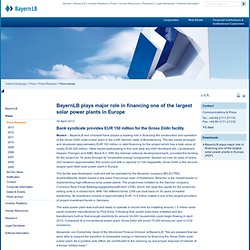 The two banks arranged and structured approximately EUR 150 million in debt financing for the project which has a total value of nearly EUR 200 million. Other banks participating in this club deal are HSH Nordbank AG, Landesbank Hessen-Türingen and NIBC Bank N.V. KfW, the German national development bank, provided the funding for the project for 18 years through its "renewable energy" programme. AGENDA Dec 2013 - 2014 Monaco. 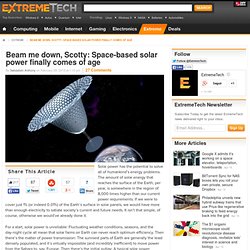 The amount of solar energy that reaches the surface of the Earth, per year, is somewhere in the region of 8,000 times higher than our current power requirements. If we were to cover just 1% (or indeed 0.01%) of the Earth’s surface in solar panels, we would have more than enough electricity to satiate society’s current and future needs. It isn’t that simple, of course, otherwise we would’ve already done it. For a start, solar power is unreliable: Fluctuating weather conditions, seasons, and the day-night cycle all mean that solar farms on Earth can never reach optimum efficiency. Then there’s the matter of power transmission: The sunniest parts of Earth are generally the least densely populated, and it’s virtually impossible (and incredibly inefficient) to move power from the Sahara to, say, Europe. 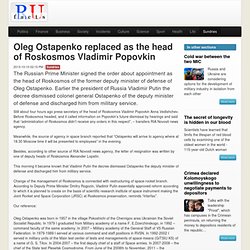 Before Roskosmos headed, and it called information on Popovkin’s future dismissal by hearings and said that “administration of Roskosmos didn’t receive any orders in this respect”, – transfers RIA Novosti news agency. Meanwhile, the source of agency in space branch reported that “Ostapenko will arrive to agency where at 18.30 Moscow time it will be presented to employees” in the evening. Petróleo y Gas - Project Profile. El bloque costa adentro Fell, en el cual la empresa GeoPark posee una participación operativa del 100%, abarca 1.780km2. 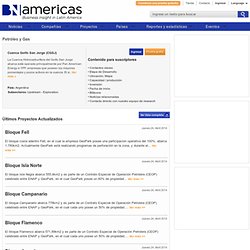 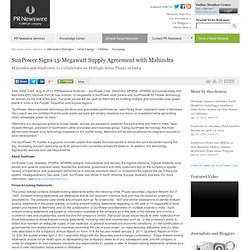 (NASDAQ: SPWRA, SPWRB) announced today that Mahindra EPC Services Pvt Ltd has ordered 15 megawatts of SunPower solar panels and SunPower® T0 Tracker technology for delivery by the end of this year. The solar panels will be used by Mahindra for building multiple grid-connected solar power plants in India in the Punjab, Rajasthan and Gujarat regions. "SunPower offers bankable technology solutions and guaranteed performance," said Parag Shah, Cleantech head of Mahindra. "As a result, we are confident that the solar plants we build will reliably maximize our return on investment while generating clean, renewable power for India.

" InvestorsAlly. BOEMRE reviews safety of offshore energy. + New .COMs $7.99/yr plus 18 cents/yr ICANN fee. Discount based on new one-year registration prices as of 1/27/2012 with sale price reflected in your shopping cart at checkout. Discount applies to new registrations and renewals and cannot be used in conjunction with any other offer or promotion. Domains purchased through this offer will renew at regular price after the initial term has expired.