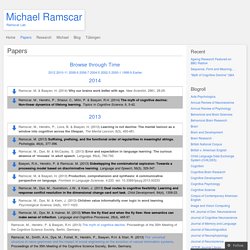 Dr Rhonda Farkota. Dr Rhonda Farkota is a Senior Research Fellow at the Australian Council for Educational Research (ACER) where she has worked on projects at International, National, State and System levels. 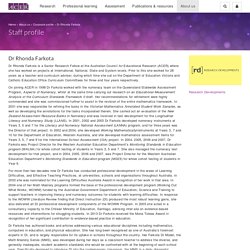 Prior to this she worked for 28 years as a teacher and curriculum adviser, during which time she sat on the Department of Education Victoria and Catholic Education Office Curriculum Committees for three and four years respectively. On joining ACER in 1998 Dr Farkota worked with the numeracy team on the Queensland Statewide Assessment Program, Aspects of Numeracy, whilst at the same time carrying out research on an Educational Measurement Analysis of the Curriculum Standards Framework II draft.

Her recommendations for refinement were highly commended and she was commissioned further to assist in the revision of the entire mathematics framework. Dr Farkota has authored books and articles addressing various educational disciplines including mathematics, computers in education, and physical education. Rochel Gelman. Research Biography of Roger Shepard. Roger N. 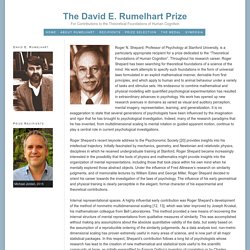 Shepard, Professor of Psychology at Stanford University, is a particularly appropriate recipient for a prize dedicated to the “Theoretical Foundations of Human Cognition”. Throughout his research career, Roger Shepard has been searching for theoretical foundations of a science of the mind. His work attempts to specify such foundations in the form of universal laws formulated in an explicit mathematical manner, derivable from first principles, and which apply to human and to animal behaviour under a variety of tasks and stimulus sets.

His endeavour to combine mathematical and physical modelling with quantified psychological experimentation has resulted in extraordinary advances in psychology. Bob Siegler's Biographical Information. At a more specific level, there were a great many fortunate coincidences. 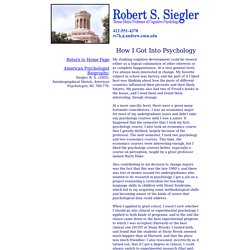 I was an economics major for most of my undergraduate years and didn't take any psychology courses until I was a junior. It happened that the semester that I took my first psychology course, I also took an economics course that I greatly disliked, largely because of the professor. The next semester, I took two psychology and two economics courses. This time, the economics courses were interesting enough, but I liked the psychology courses better, especially a course on perception, taught by a great professor named Harry Hake. Also contributing to my decision to change majors was the fact that this was the late 1960's, and there was lots of money around for undergraduates who wanted to do research in psychology. When I applied to grad school, I wasn't sure whether I should go into clinical or experimental psychology. Department of Psychology. Stellan Ohlsson, Ph.D. 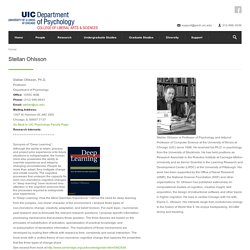 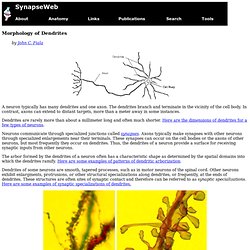 The dendrites branch and terminate in the vicinity of the cell body. In contrast, axons can extend to distant targets, more than a meter away in some instances. Dendrites are rarely more than about a millimeter long and often much shorter. Here are the dimensions of dendrites for a few types of neurons. Neurons communicate through specialized junctions called synapses. The arbor formed by the dendrites of a neuron often has a characteristic shape as determined by the spatial domains into which the dendrites ramify. Dendrites of some neurons are smooth, tapered processes, such as in motor neurons of the spinal cord. Spiny dendrites from hippocampal pyramidal neuron.Left: Light microscope image. Perhaps the most common synaptic specialization of dendrites is that which Spanish anatomist Ramon y Cajal referred to as "espinas", since they resembled the thorns on a flower stem. 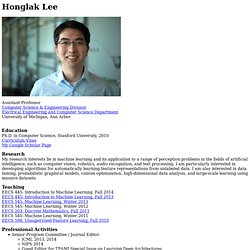 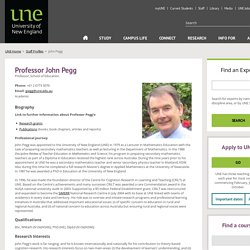 Rabiner_Juang_hmms.pdf. Josh Tenenbaum's home page. Email: jbt AT mit DOT edu Phone: 617-452-2010 (office), 617-253-8335 (fax) Mail: Building 46-4015, 77 Massachusetts Avenue, Cambridge, MA 02139 Curriculum Vitae (as of January 2011) My colleagues and I in the Computational Cognitive Science group study one of the most basic and distinctively human aspects of cognition: the ability to learn so much about the world, rapidly and flexibly. 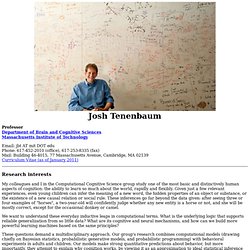 Given just a few relevant experiences, even young children can infer the meaning of a new word, the hidden properties of an object or substance, or the existence of a new causal relation or social rule. These inferences go far beyond the data given: after seeing three or four examples of "horses", a two-year-old will confidently judge whether any new entity is a horse or not, and she will be mostly correct, except for the occasional donkey or camel. We want to understand these everyday inductive leaps in computational terms.