Why is the average pop song only 3 minutes long? There's a famous Billy Joel song called "The Entertainer. 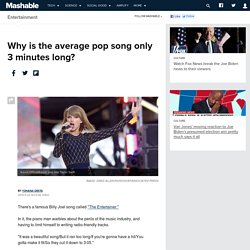 " In it, the piano man warbles about the perils of the music industry, and having to limit himself to writing radio-friendly tracks. "It was a beautiful song/But it ran too long/If you're gonna have a hit/You gotta make it fit/So they cut it down to 3:05. " It's a deft set of lyrics that perfectly sums up the music world's short attention span. In the pop industry, most radio hits typically can't be longer than three to four minutes. Case in point, the top three songs currently on the Billboard Hot 100. What makes three the magic number?

As it turns out, average hit song length has more to do with historical limitation than an audience's focus level. See also: 15 visually stunning album covers of 2014 Volume 0% Press shift question mark to access a list of keyboard shortcuts Play/PauseSPACE. May 2007. Oh Happy Days! 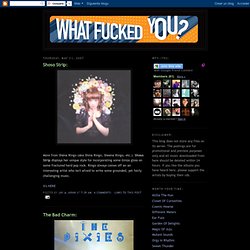 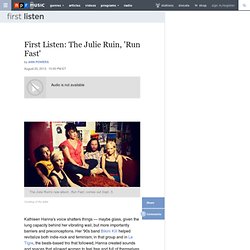 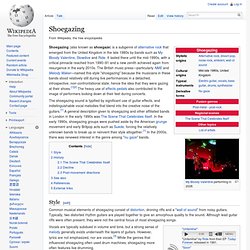 Typically, two distorted rhythm guitars are played together to give an amorphous quality to the sound. Although lead guitar riffs were often present, they were not the central focus of most shoegazing songs. Vocals are typically subdued in volume and tone, but a strong sense of melody generally exists underneath the layers of guitars. However, lyrics are not emphasized, nor are vocals.[3] While the genres that influenced shoegazing often used drum machines, shoegazing more often features live drumming. The shatteringly loud, droning neo-psychedelia the band performed was dubbed shoegazing by the British press because the bandmembers stared at the stage while they performed.[1] Shoegazing was originally a slag-off term. Sintetizador reason. Intelligent dance music. Intelligent dance music (IDM) describe un género de música electrónica que surgió a principios de los años 1990 en Gran Bretaña en el contexto del final de la escena rave. 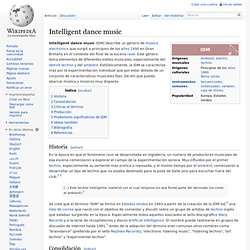 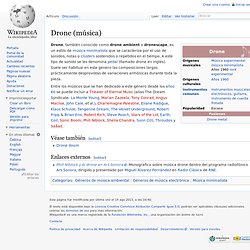 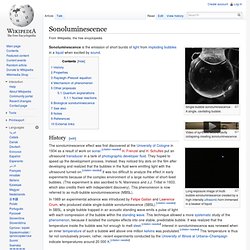 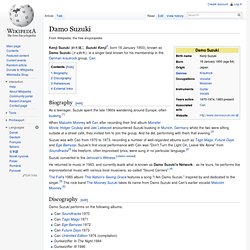 Reseñas. SynthAxe. Synthaxe MIDI Controller The SynthAxe is a fretted, guitar-like MIDI controller, created by Bill Aitken, Mike Dixon, and Tony Sedivy and manufactured in England in the middle to late 1980s. 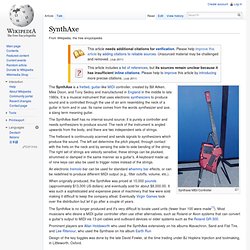 It is a musical instrument that uses electronic synthesizers to produce sound and is controlled through the use of an arm resembling the neck of a guitar in form and in use. Its name comes from the words synthesizer and axe, a slang term meaning guitar. The SynthAxe itself has no internal sound source; it is purely a controller and needs synthesizers to produce sound. The neck of the instrument is angled upwards from the body, and there are two independent sets of strings. 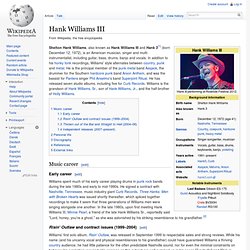 In addition to his honky tonk recordings, Williams' style alternates between country, punk and metal. He is the principal member of the punk metal band Assjack, the drummer for the Southern hardcore punk band Arson Anthem, and was the bassist for Pantera singer Phil Anselmo's band Superjoint Ritual. He has released seven studio albums, including five for Curb Records. Williams is the grandson of Hank Williams, Sr., son of Hank Williams, Jr., and the half-brother of Holly Williams. Music career[edit] Early career[edit] Williams spent much of his early career playing drums in punk rock bands during the late 1980s and early to mid-1990s.

Angeles Azules, Como te voy a olvidar: Notas para Piano. Theremin. This article is about the instrument. For the inventor, see Léon Theremin. The theremin (/ˈθɛrəmɪn/[1] THERR-ə-min; originally known as the ætherphone/etherphone, thereminophone[2] or termenvox/thereminvox), is an early electronic musical instrument controlled without physical contact by the thereminist (performer).

It is named after the Westernized name of its Russian inventor, Léon Theremin, who patented the device in 1928. On July 20, 2013, a group of 272 theremin players (Matryomin ensemble) in Hamamatsu, Shizuoka, Japan, achieved a Guinness world record as the largest theremin ensemble. (YouTube link) The name Matryomin is a portmanteau of the words matryoshka and theremin.

From the Basement. Pitchfork: Home. Blogs.