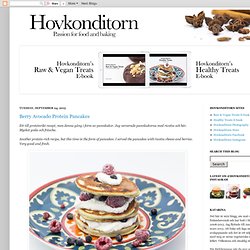 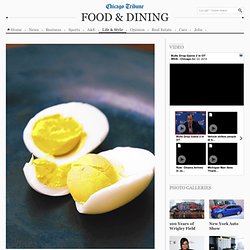 James Peterson sets out to answer the eternal question I've been cooking for more than 35 years, yet I learned more about how to be a good cook in the first pages of James Peterson's newest book,... Photos: When is an egg done? Menus put on fat, with pride Updated 11:24 a.m. When suggested to Doug Sohn, the chef and owner behind the wildly popular Hot Doug's, that it was perhaps his duck fat fries that introduced... Chicago's must-try dishes Perennial Virant chef is salmon competition finalist Updated 11:13 a.m. 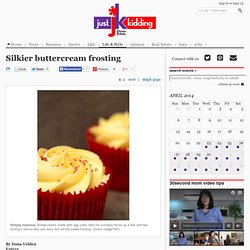 But for the most silky, decadent buttercream of all, you must try this French buttercream made with egg yolks. Back when I was a pastry chef, I used to make buttercream by the gallon in a huge industrial mixer that stood in the corner and made the floor shake with its vigorous beating. We used this buttercream on all our layer cakes, from simple devil's food to the most elaborate wedding cake. It's based on a recipe from the first volume of Julia Child's "Mastering the Art of French Cooking" with a few minor adjustments. Buttercreams made with egg yolks take the richness factor up a few notches, turning it into a silky and sexy but not-too-sweet way to frost your cakes. I recommend using very high quality eggs, which often have deep orange yolks and will make a beautiful, soft yellow buttercream. Temperature is the key factor with this recipe. Pinch of salt. Sauerkraut Burger. By Cathy Pollak for Oneforthetable.com There used to be a hole-in-the-wall place in Hollywood that served super juicy, out-of-this-world burgers. 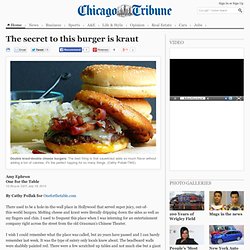 Melting cheese and kraut were literally dripping down the sides as well as my fingers and chin. I used to frequent this place when I was interning for an entertainment company right across the street from the old Grauman's Chinese Theater. I wish I could remember what the place was called, but 20 years have passed and I can barely remember last week. It was the type of eatery only locals knew about. One of my favorite things at the local farmer's market is homemade sauerkraut and kimchi. I decided on using extra sharp cheddar cheese slices and Vermont sharp white cheddar cheese slices for a double whammy of cheesiness. The double kraut flavor came from mixing half of the sauerkraut in with the ground beef to give the burger an extra punch of flavor while keeping them nice and moist. 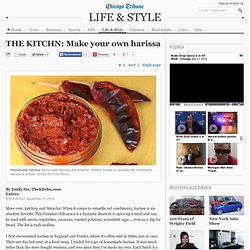 When it comes to versatile red condiments, harissa is my absolute favorite. This Tunisian chili sauce is a fantastic shortcut to spice up a meal and can be used with meats, vegetables, couscous, roasted potatoes, scrambled eggs ... even as a dip for bread. The list is truly endless. I first encountered harissa in England and France, where it's often sold in tubes, jars or cans.

Then one day last year, at a food swap, I traded for a jar of homemade harissa. To make harissa, the chilies are blended into a thick paste with garlic, olive oil and aromatic spices such as caraway and coriander (I like using cumin, too). Use the sauce in traditional Tunisian and Moroccan dishes, or go wild and spread it on your pizza, hot wings, sandwiches and more.