English : The best site for the Students to learn English online. Recipes for the EFL Classroom. Cheeky Phonemes Many teachers find the phonemic chart a little overwhelming, whether they be newly qualified teachers, trainees on a teacher training course such as the CELTA or Delta, or even very experienced teachers. 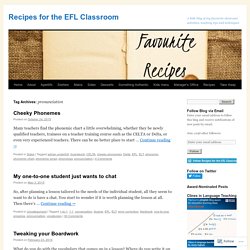 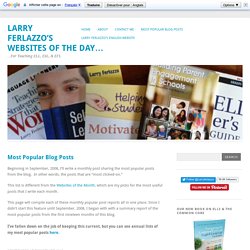 In other words, the posts that are “most clicked-on.” This list is different from the Websites of the Month, which are my picks for the most useful posts that I write each month. This page will compile each of these monthly popular post reports all in one place. How to learn English. A guide to learning English* really well © Antimoon In today’s world, hundreds of millions of people want to learn English. 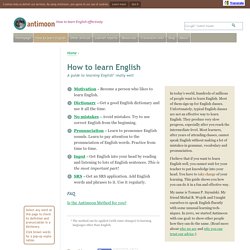 Most of them sign up for English classes. Unfortunately, typical English classes are not an effective way to learn English. They produce very slow progress, espe­cially after you reach the interme­diate level. American English Pronunciation - Speech Modification American Accent Training. An important step in being understood and sounding more American is learning to use American intonation. 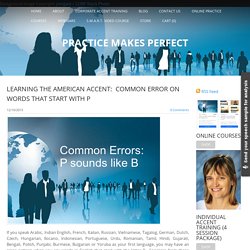 Intonation is the music of speech, the stress patterns or rhythms, the pitch changes, and the vocal tone. Intonation is complex, but there are some simple rules that you can learn which will help you understand and use correct American intonation. Word-Level IntonationFor words with more than one syllable, we have an intonation pattern within the word. Emily's English Learning Web - Chi-Fen Chen.

Learning Fundamentals Exercises: Early Reading. Podcast – The TEFL Show. Did you know that Brno is in the geographical centre of Europe? 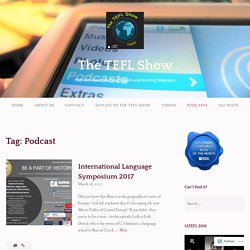 And did you know that it’s becoming the new Silicon Valley of Central Europe? If you didn’t, then you’re in for a treat – in this episode I talk to Erik Dostal, who is the owner of CA Institute, a language school in Brno in Czech … More International Language Symposium 2017 We’ve all met or heard of people who speak 4, 5, 7, 10 or even more foreign languages. Have you ever wondered how they do it? Would you like to boost your own language learning experience? The structure of the phonetic analysis of a sentence. Intonation of Compound and Complex sentences. 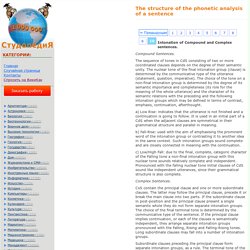 Compound Sentences. The sequence of tones in CdS consisting of two or more coordinated clauses depends on the degree of their semantic unity. The nuclear tone of the final intonation group (clause) is determined by the communicative type of the utterance (statement, question, imperative). The choice of the tone on a non-final intonation group is determined by the degree of its semantic importance and completeness (its role for the meaning of the whole utterance) and the character of its semantic relations with the preceding and the following intonation groups which may be defined in terms of contrast, emphasis, continuation, afterthought. a) Low Rise: indicates that the utterance is not finished and a continuation is going to follow. Orthography. Two writing systems East Cree has two writing systems (or ORTHOGRAPHIES): a ROMAN orthographya SYLLABIC orthography, or SYLLABARY A roman orthography is a writing system that uses letters from the Latin (or roman) alphabet: English and French also use roman orthographies, and so do many First Nations and European languages. 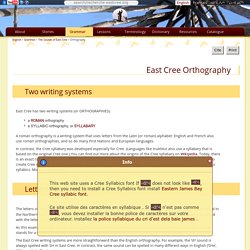 In contrast, the Cree syllabary was developed especially for Cree. (Languages like Inuktitut also use a syllabary that is based on the original Cree one.) English 4 Me 2. English 4 Me 2 English For Me, Too: Learning to speak and read English Skip to content. 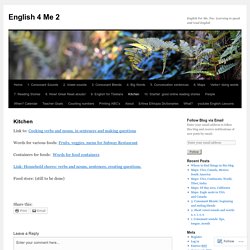 The ESL Commando: Resources. Most ESL students need more than just a burning desire to learn English to help them get through the difficult nuances, exceptions, and challenges that await them in learning English. 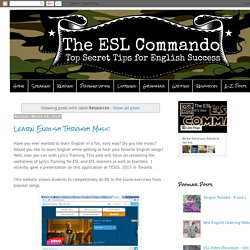 As a teacher to adults in an IEP, I realize that most of my students are motivated by their need to advance in careers or in education, but I find that this doesn't usually happen at the pace they expect it to. This is when a strong dose of teacher inspired motivation can help them to keep going on their English journeys. Therefore, I want to give a few ways to help teacher inspire their students to be motivated to learn English in and out of class. 1. English Educator Blog.